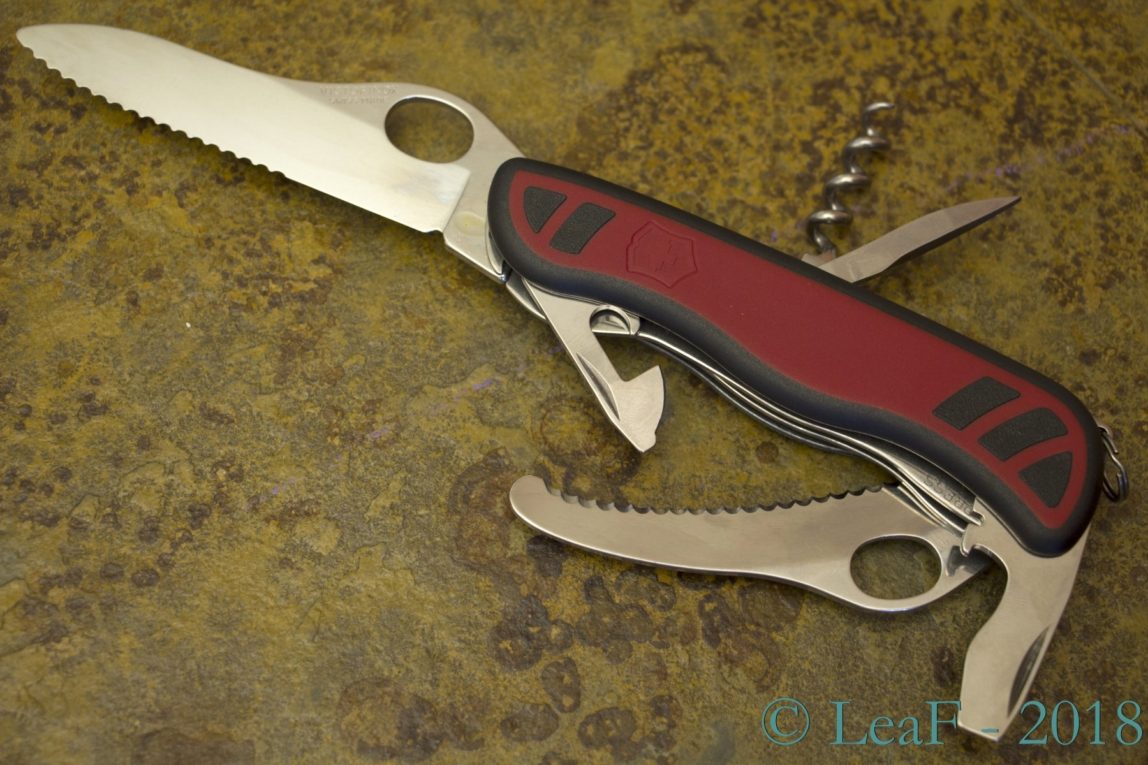 The Victorinox Dual Pro knife is a 3-layer 111-mm model which is a relatively new (was introduced in 2010 in US market). This model exists only in one variation – with Dual-Grip scales, so there no tweezers and toothpick.
It has two blades, both for one-hand operations. One of them is a well-known serrated blade as many other models has (OH Trekker, OH Forester for instance), another one – it’s a special gutting blade (as far as I know it was specially developed for Hunter’s series). Both blades are serrated. Due to the shape of these blades, this knife is not so comfortable for regular use, because closed blade doesn’t allow well fit knife in your hand. So, in my opinion this is a good knife for collectors, but not best choice for regular using.
­
Photos: 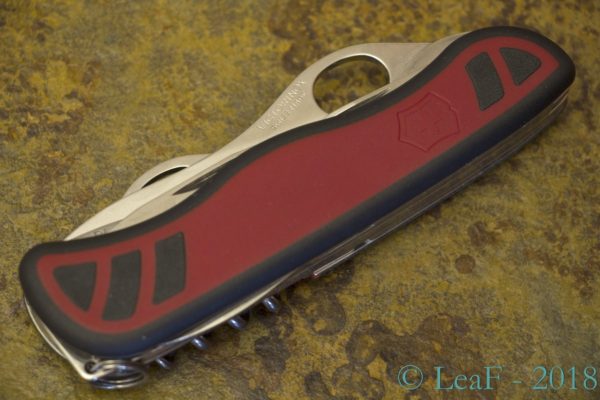 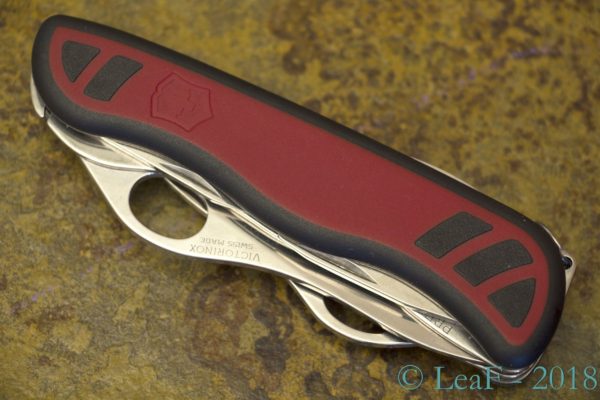 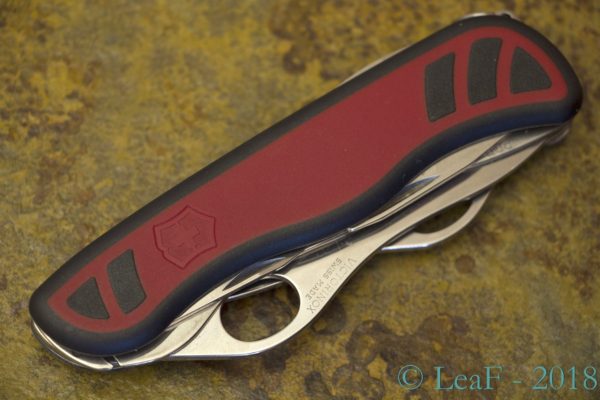 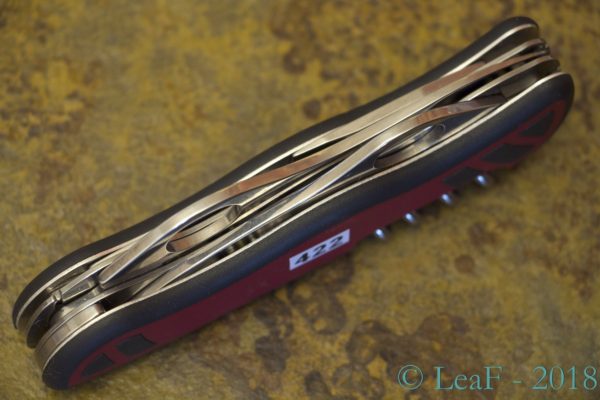 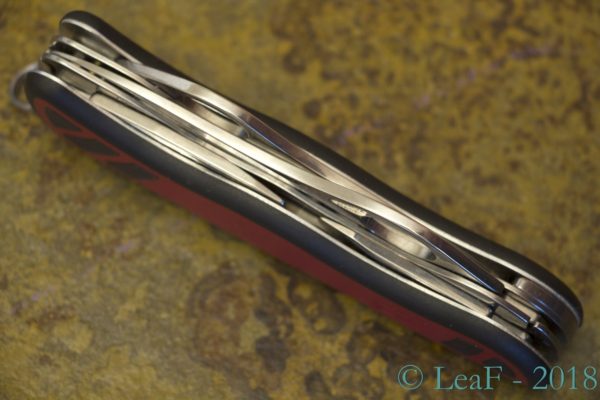 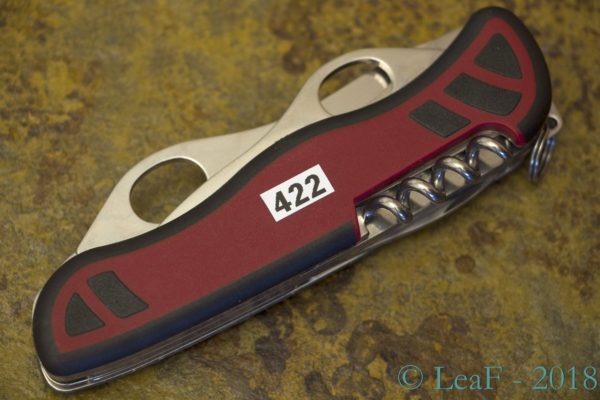 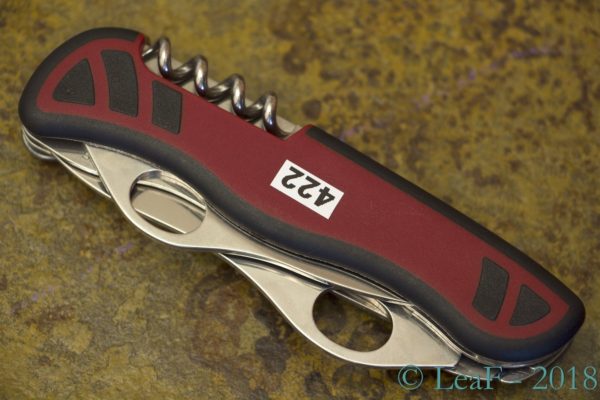 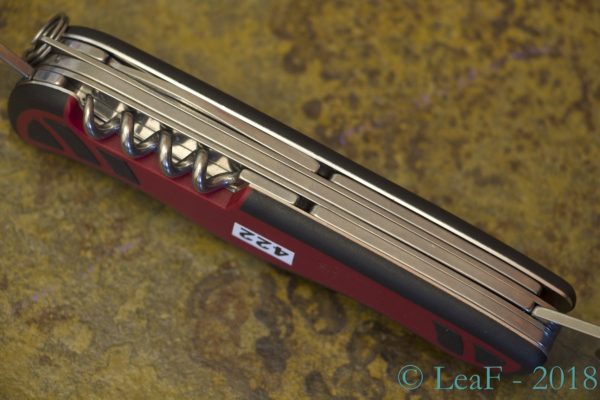 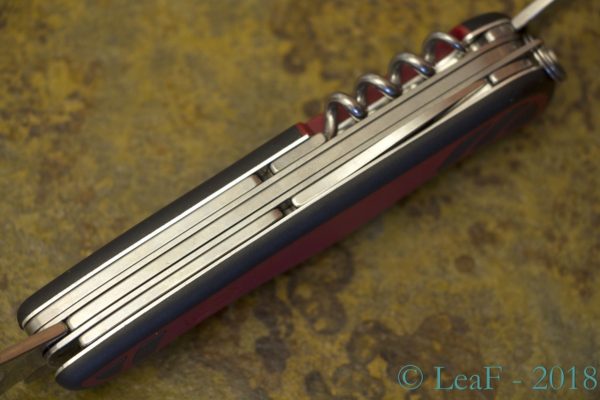 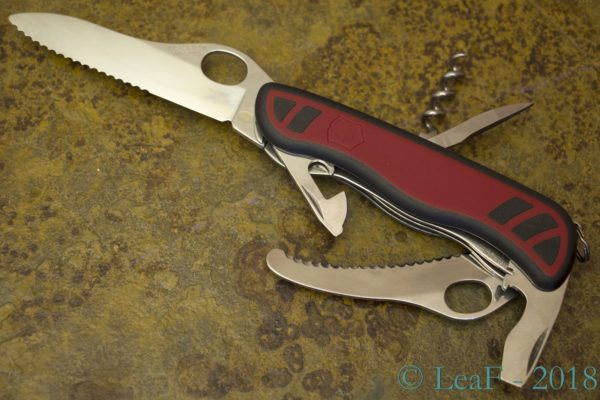 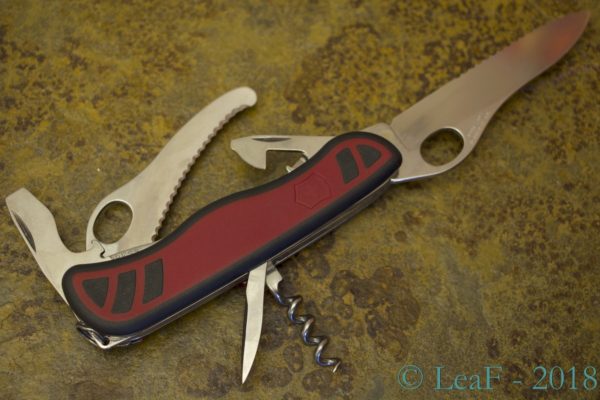 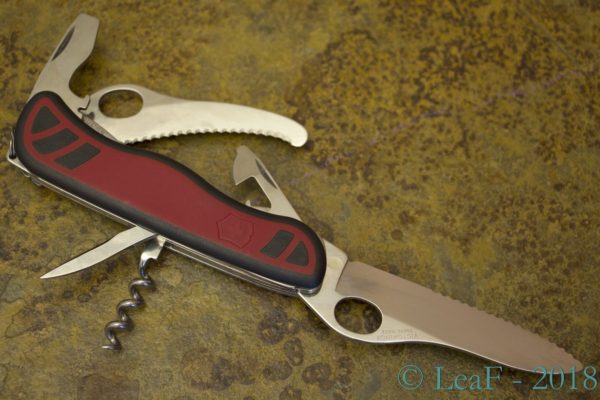 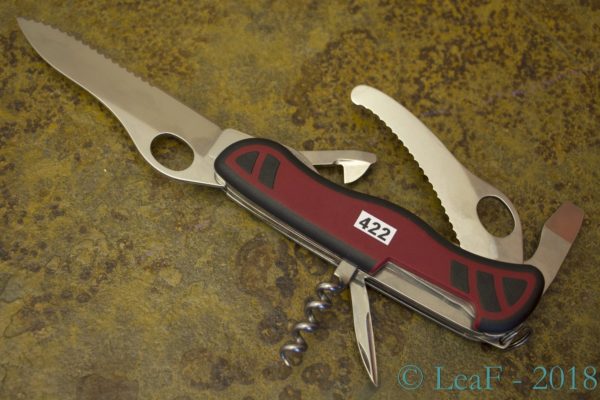