In 2013 Victorinox announced a new model – Hardwood Cheese Knife, which we can call as “inheritor” of first Cheese knife. As his predecessor, this knife also have special cheese blade (for now only these 2 models contains this tool), but also has additional opener’s layer.
Hardwood cheese knife is a 3-layer knife with liner-lock (original Cheese knife was a slide-lock!). In comparison with other models with liner-lock, in this knife only main blade can be locked in opened position, there are no possibility to lock bottle-opener (flat screwdriver). Also, as you can see from pictures – there are two differences from other liner-lock models:
So, in this knife we have a combination of very unique features:

I think, it’s good enough for one knife, isn’t it? 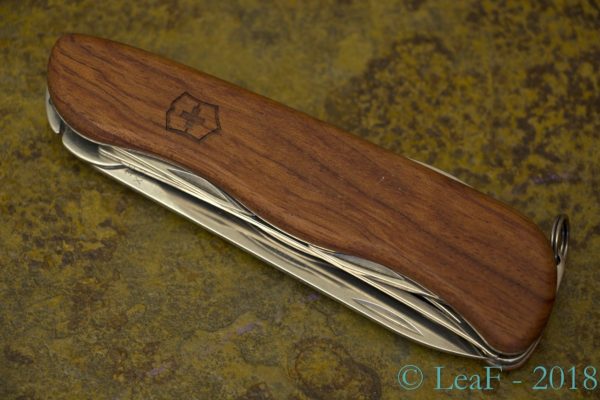 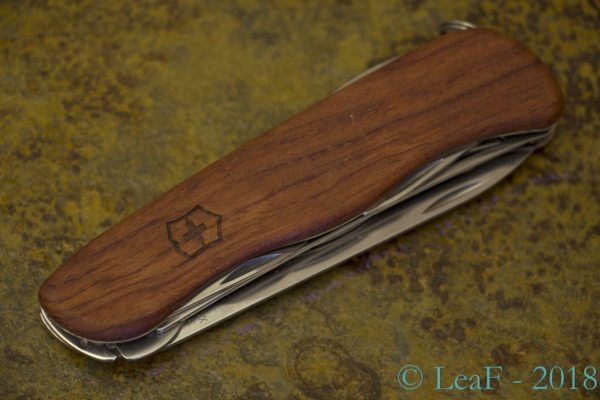 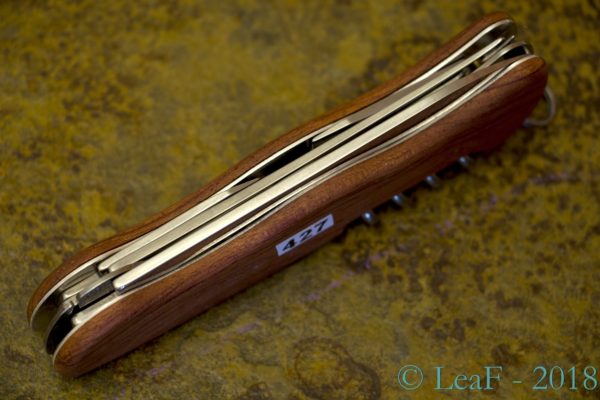 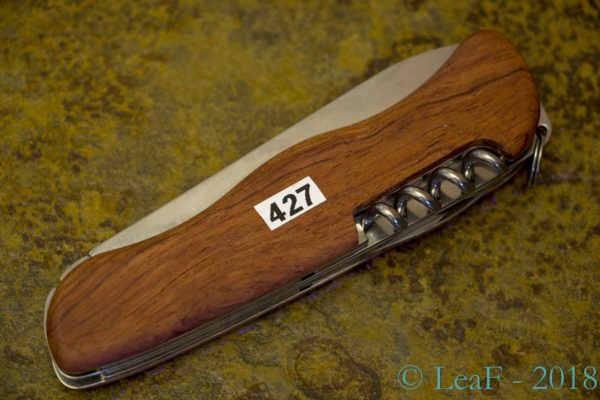 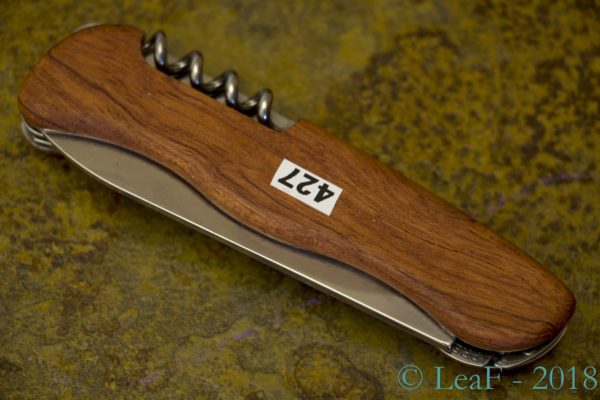 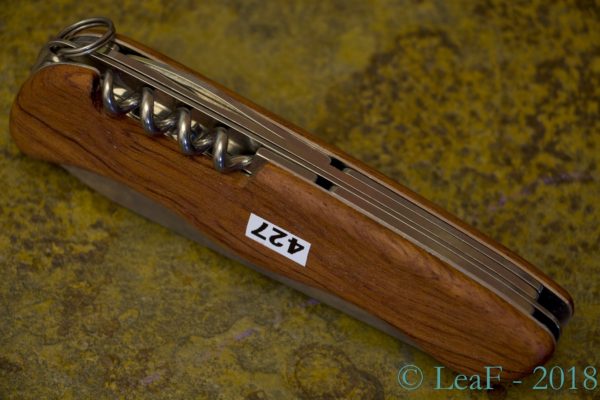 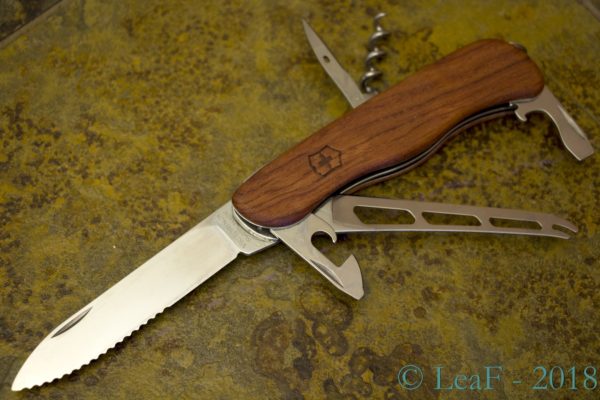 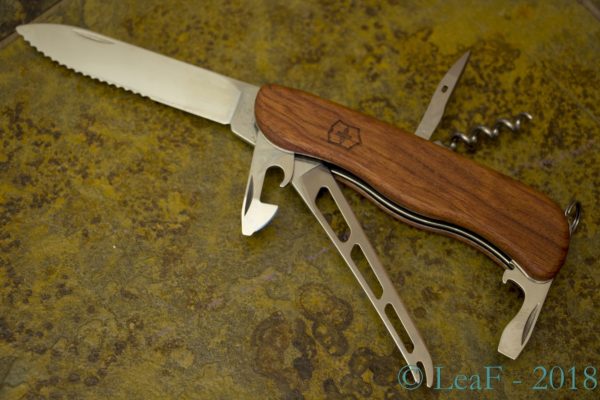 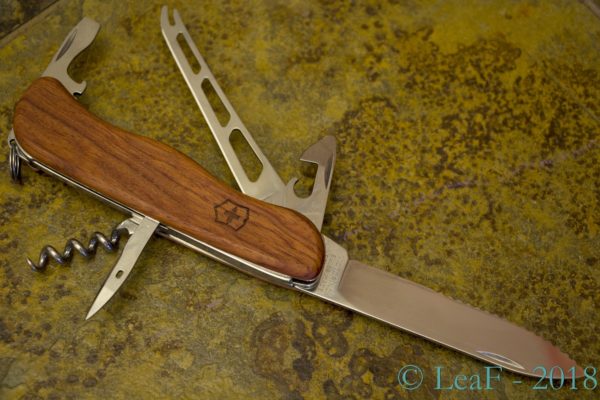 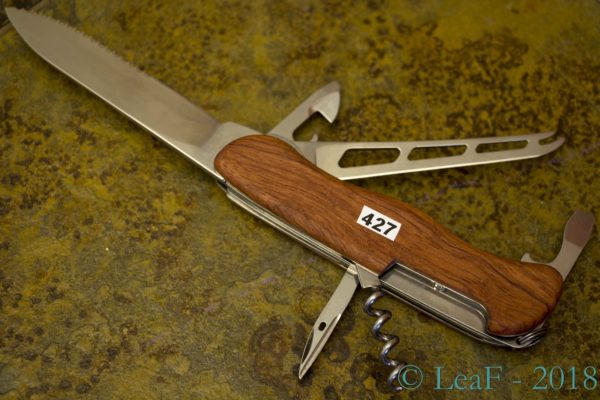 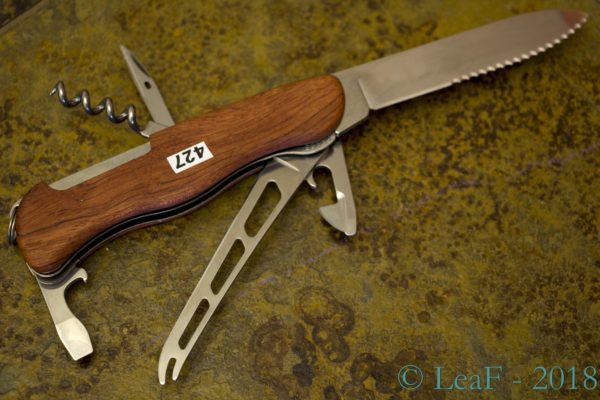