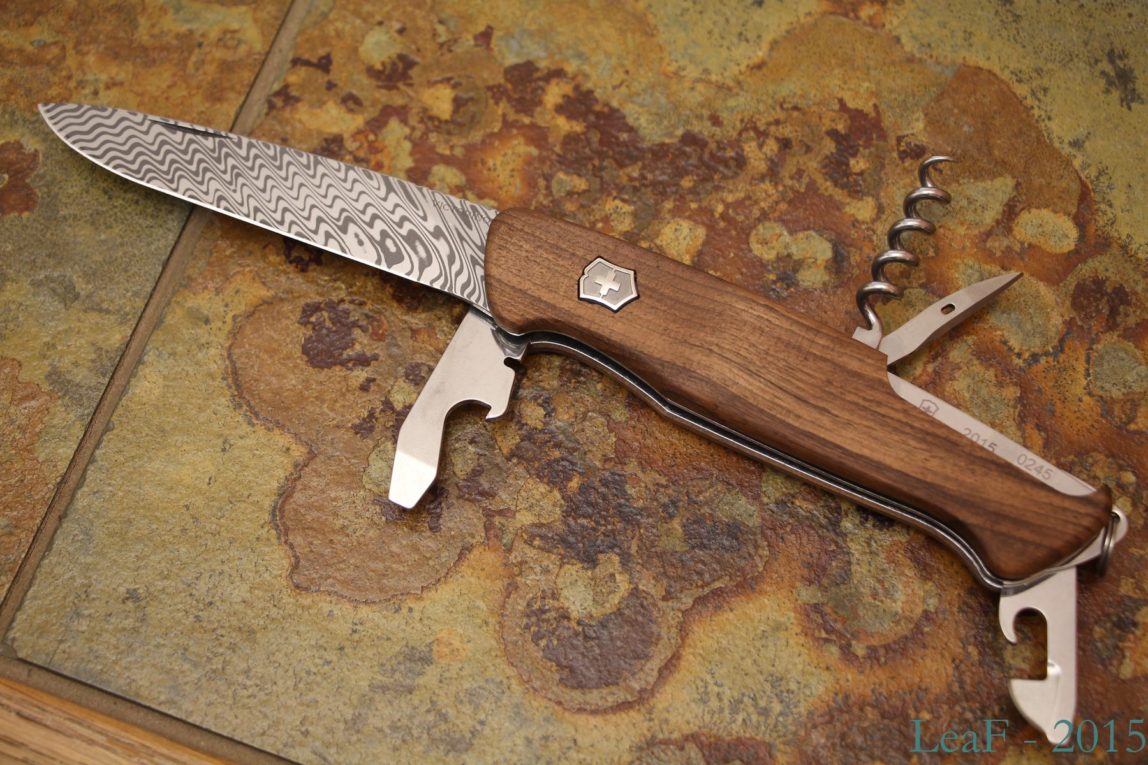 Probably all readers of my blog knows that every year (from 2010 if I’m not mistaken), company Victorinox released one knife as Limited edition of the current year. The major sign of such LE model – damasteel main blade.

In 2015 company Victorinox released as Limited edition ex-Wenger model RangerWood 55. In this edition knife comes without saw, but, as was mentioned, with damasteel main blade and etched serial number on the liner behind the corkscrew.

Maybe you remember that previously I’ve declared decision to collect only real Victorinox knives (no ex-Wenger models in other words). For this time it was a hard decision, but I hadn’t other choice! 🙂

So, just enjoy with photo of another masterpiece from Victorinox.. 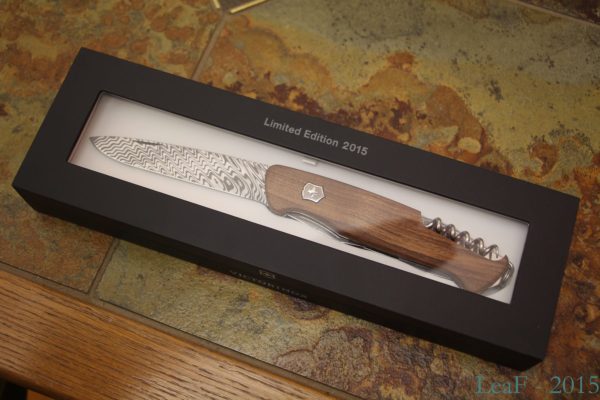 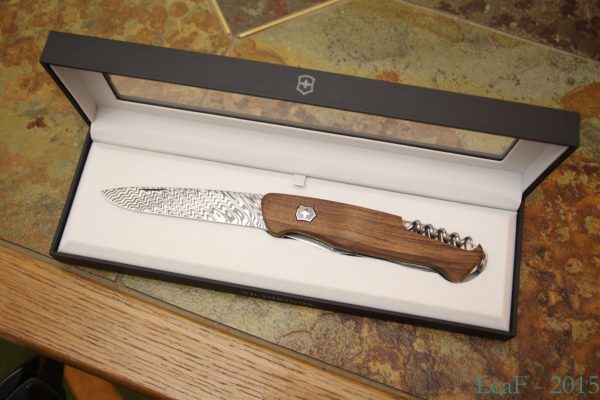 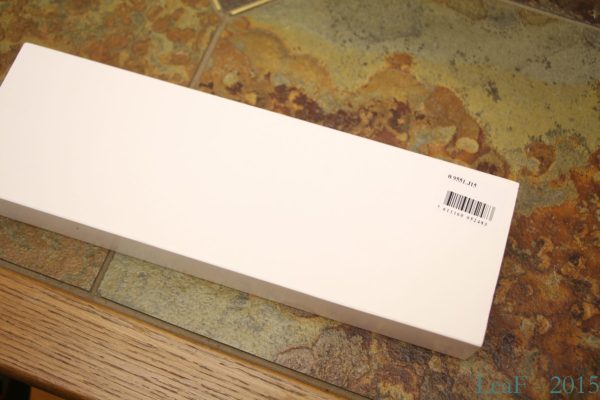 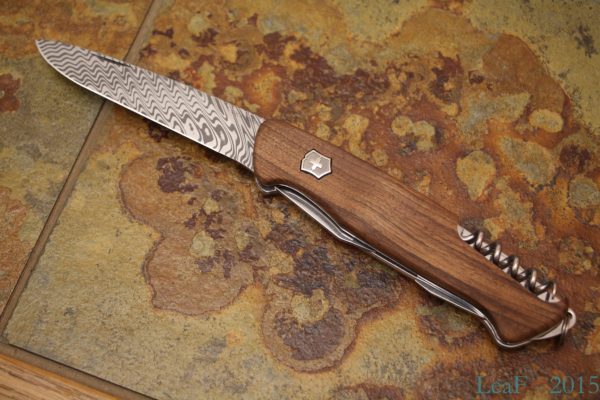 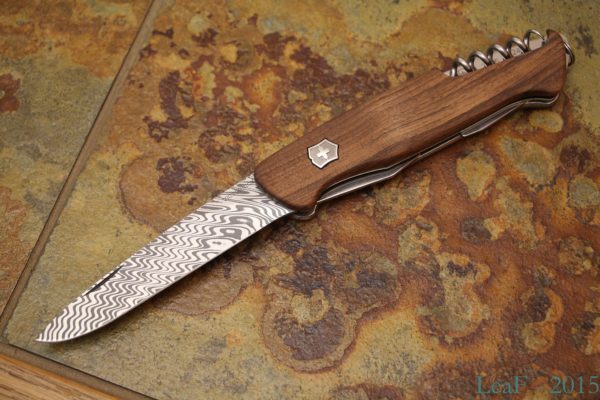 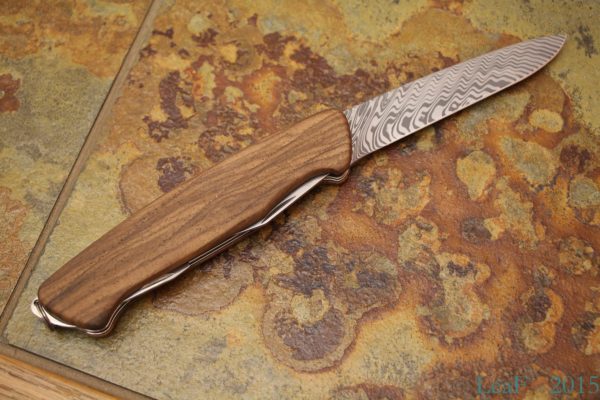 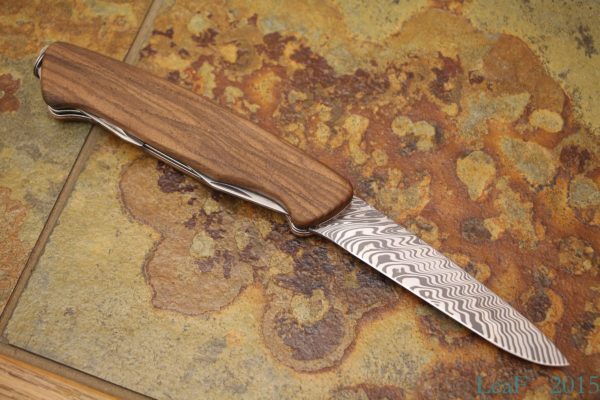 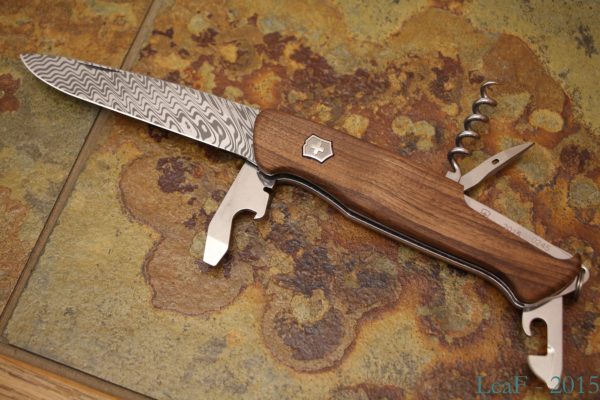 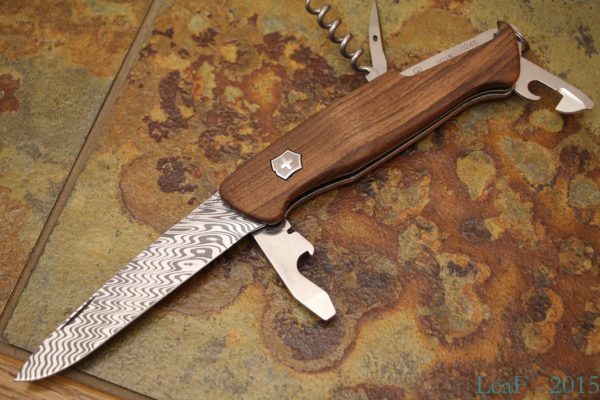 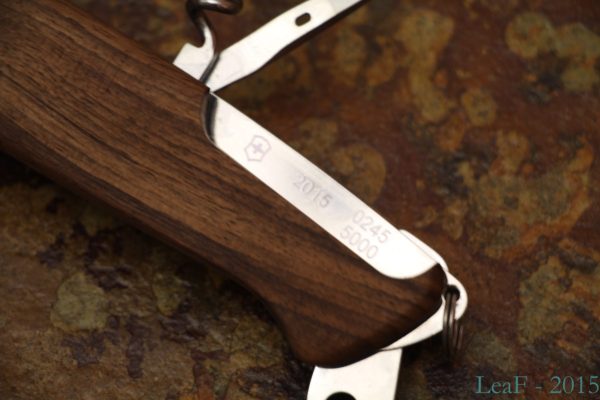 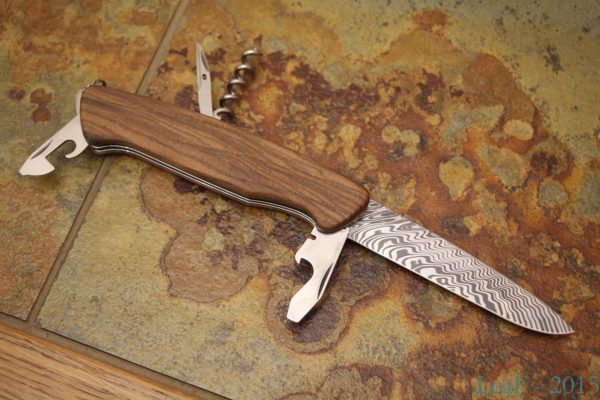 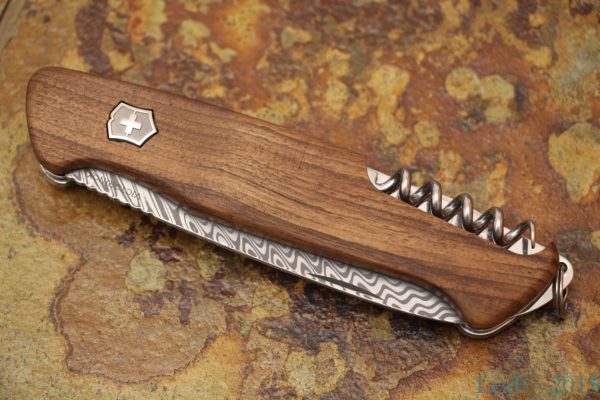 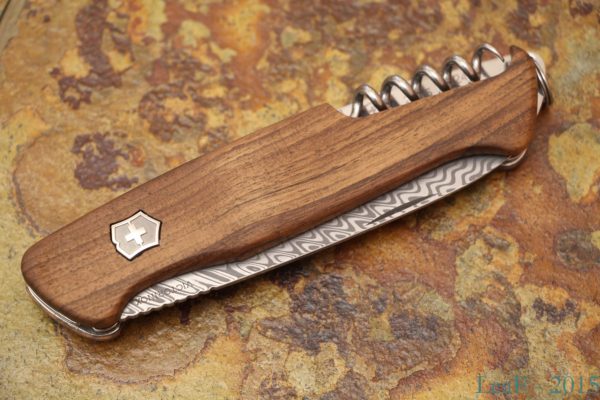 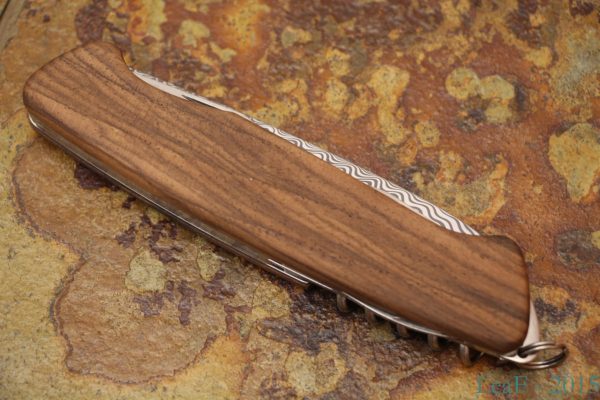 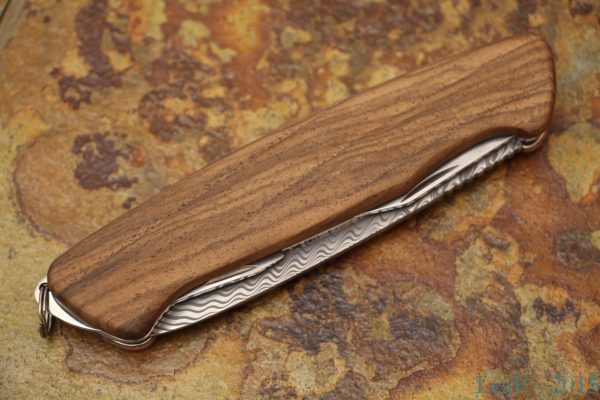 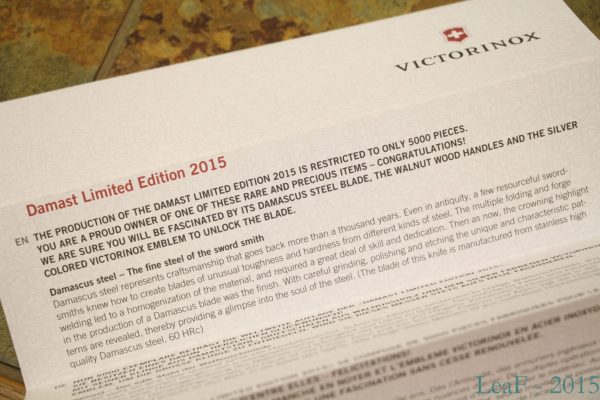