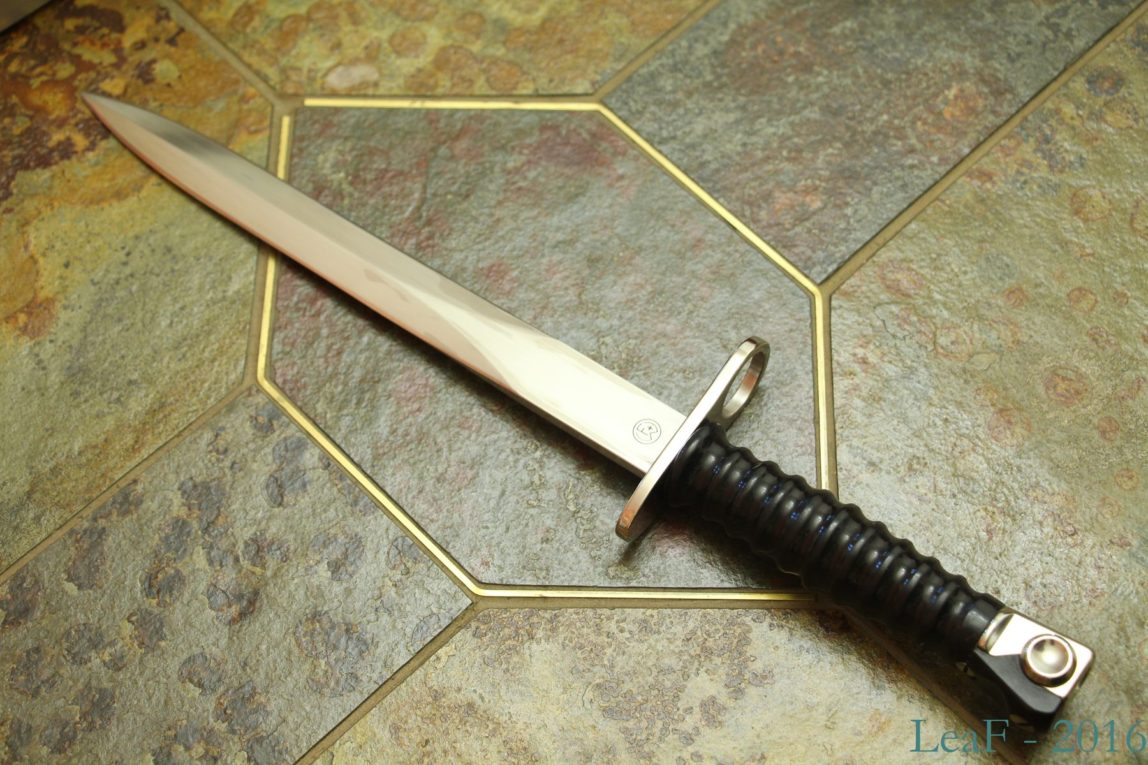 Knife bayonet for use on the renowned 7.5 mm. Sturmgewehr 57 assault rifle (the Rolls Royce of assault rifles), made by the firm Schweizerische Industrie-Gesellschaft (S.I.G.).The Stgw. 57 had a very long service life, remaining in production from 1958–1983.

As the low serial number suggests, this is an early example. The “W + F” mark indicates assembly by Waffenfabrik Bern, while “Victoria Schwyz” identifies the blade supplier as the firm, Victorinox, located in Schwyz Canton.

The scabbard has the leather tab for securing in the Schmidt-Rubin belt frog. Most early scabbards had the tab removed when the Swiss changed over to the button-style frog commonly associated with the Stgw. 57 bayonet.

To avoid conflict, the Swiss government gave half of the military knife & bayonet blade production quota to Wenger and half to Victorinox. Victorinox acquired Wenger in 2005, however, continues marketing products under both trademarks.

S.I.G. produced an export model bayonet to go with export versions of the Stgw. 57. The only significant customer was Chile, who purchased 14,500 rifles chambered for the 7.62 mm. NATO cartridge. The 510–4 export bayonet differs from the domestic Stgw. 57 bayonet in minor details. 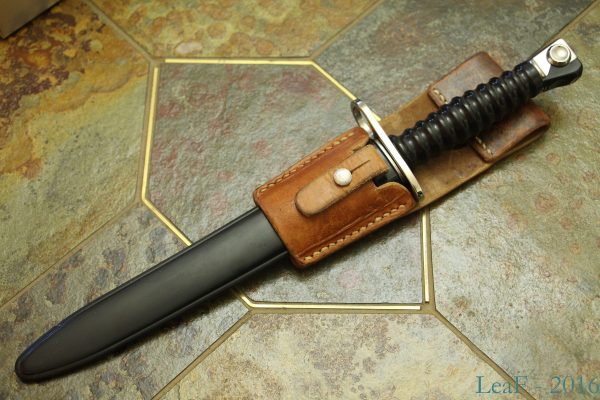 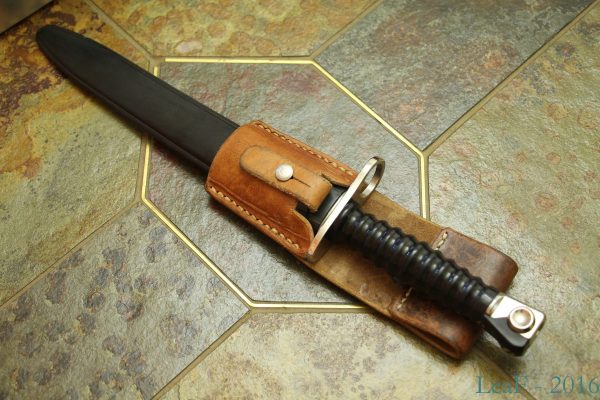 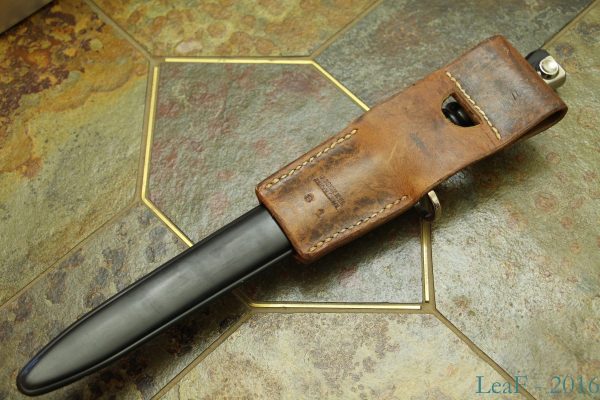 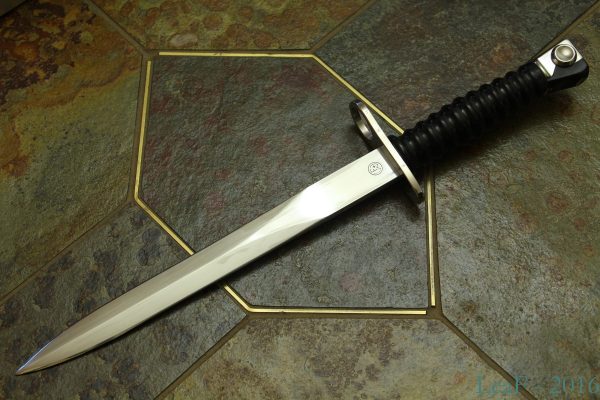 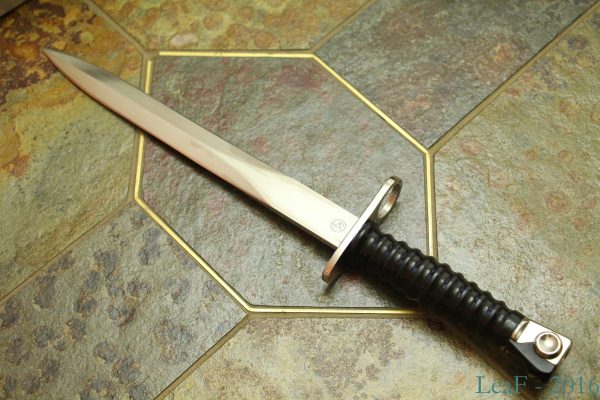 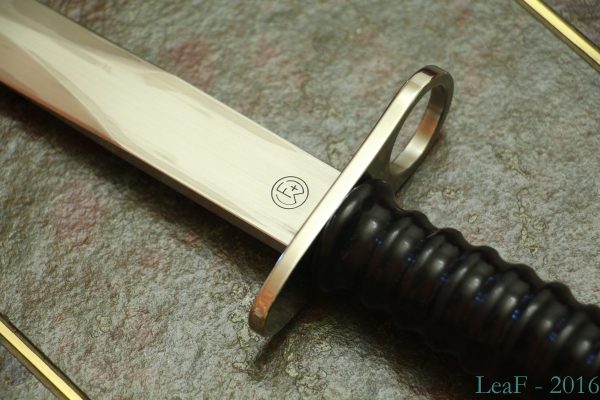 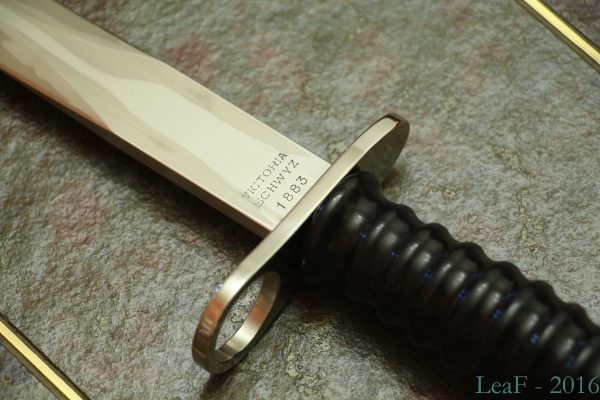 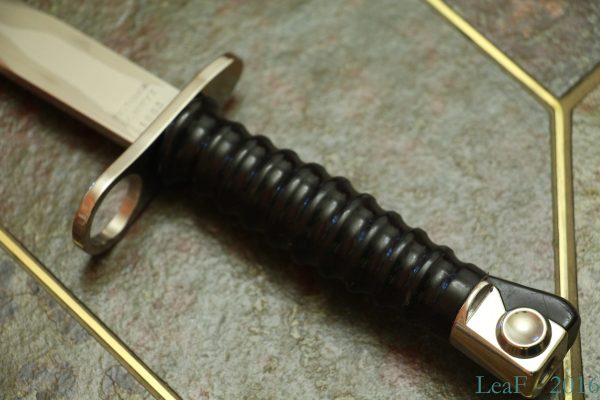 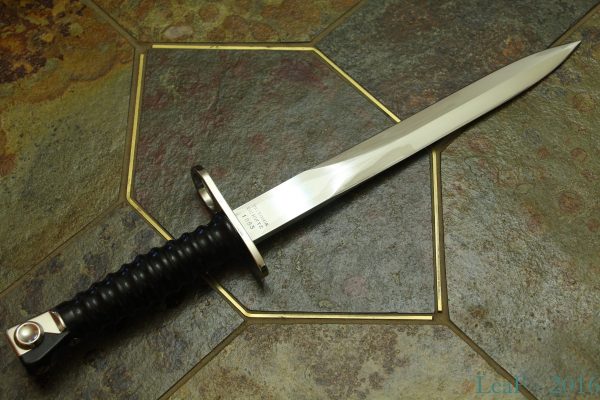 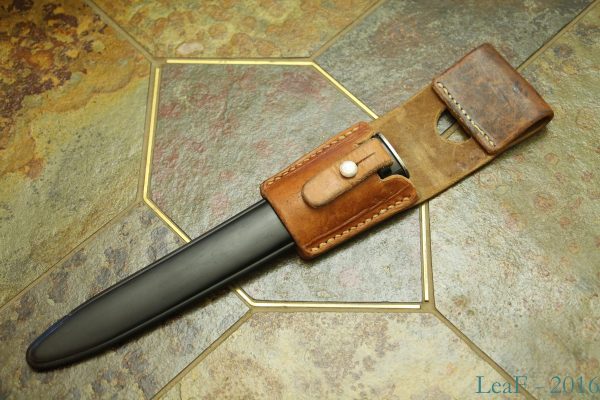 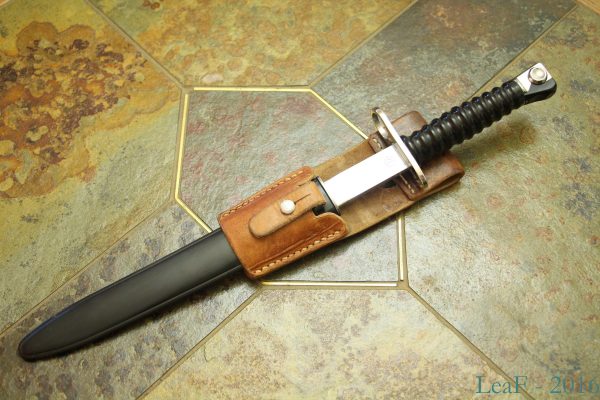