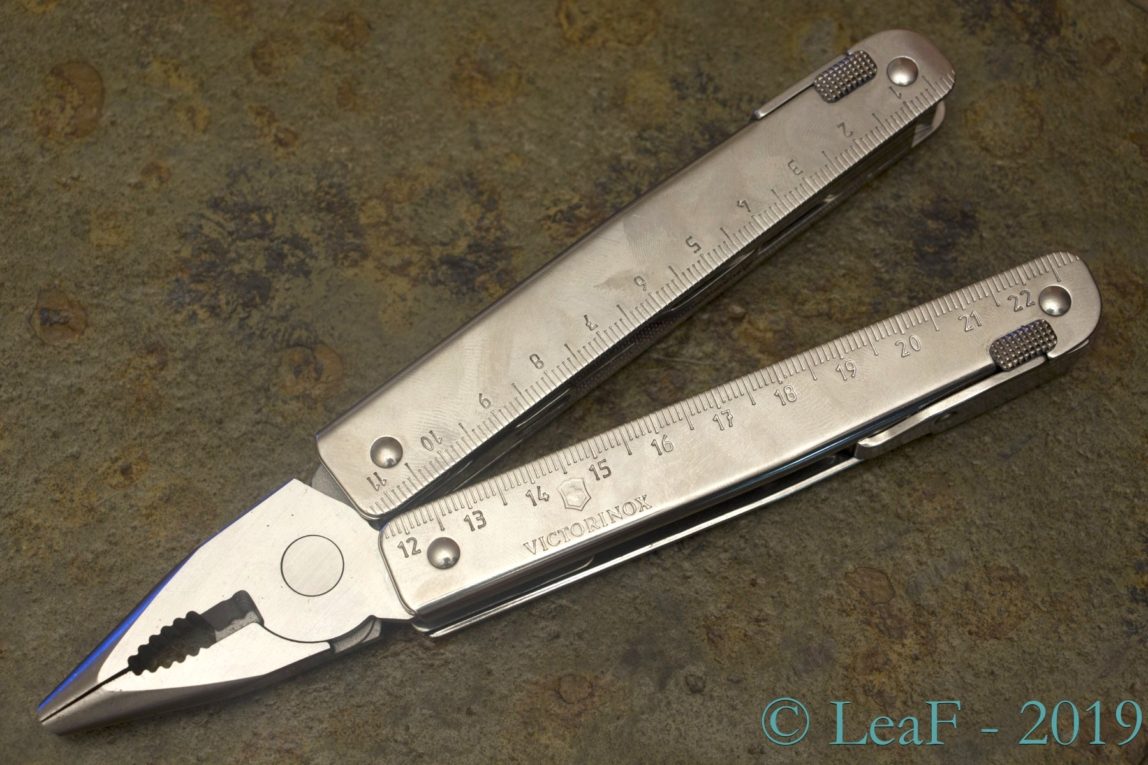 The Victorinox SwissTool was introduced in 1997. Later on several modifications with different set of tools were released (Version X – with scissors and RS – with belt-cutter). Original version (regular SwissTool) also had a lot of small modifications due to the evolution of tools. The last known (for me) modification – is a current one, when serrated blade changed own shape from regular to the wharncliffe blade. 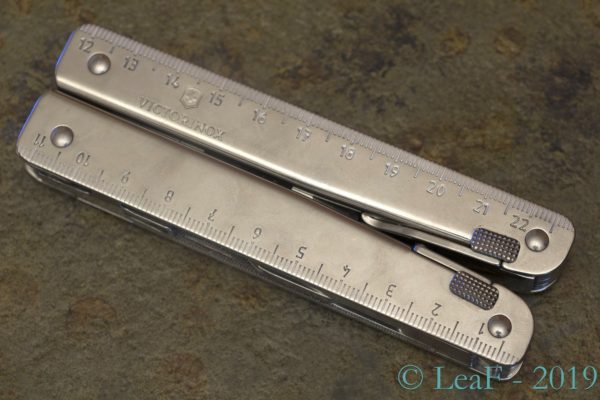 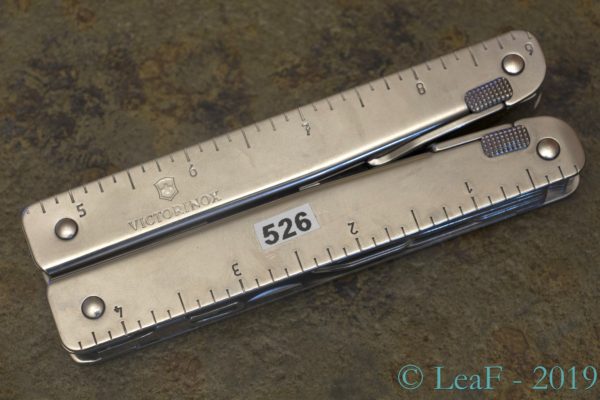 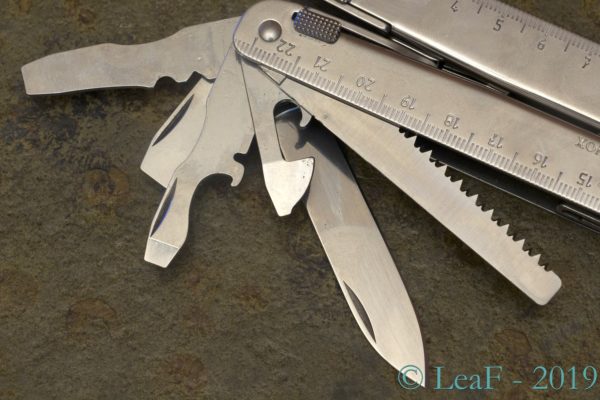 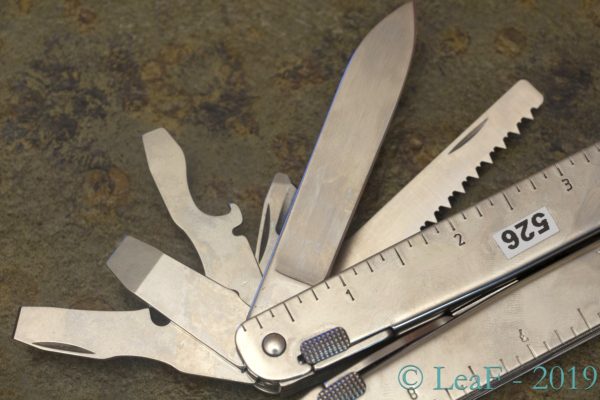 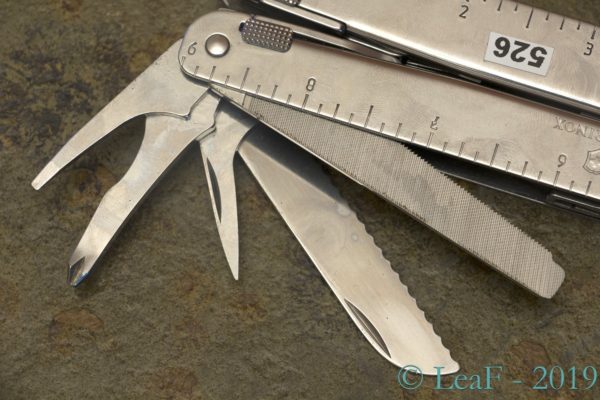 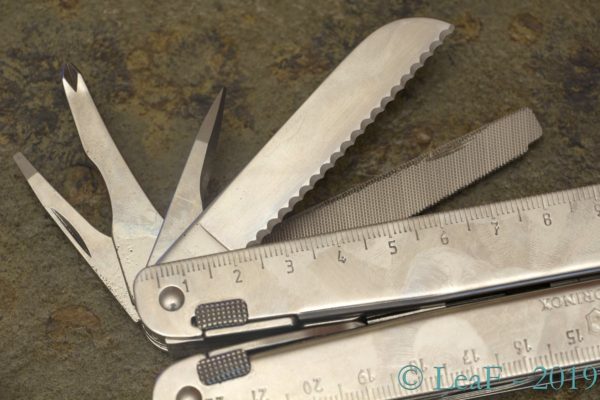 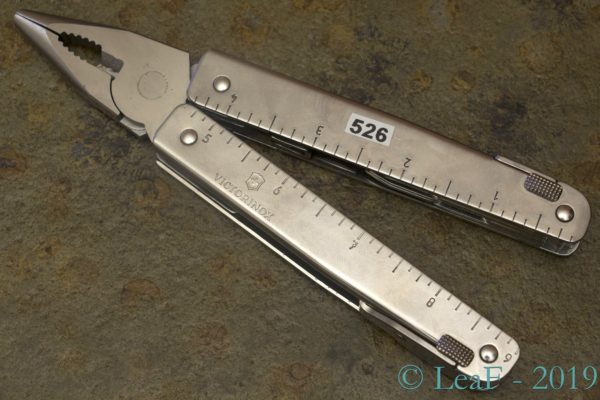 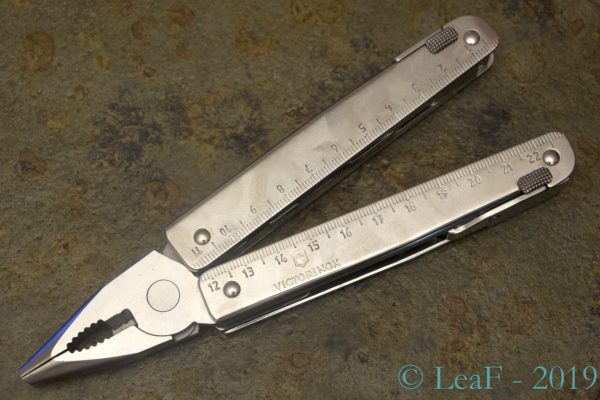 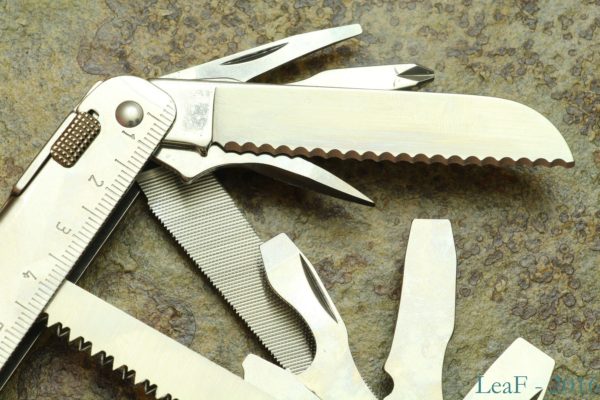 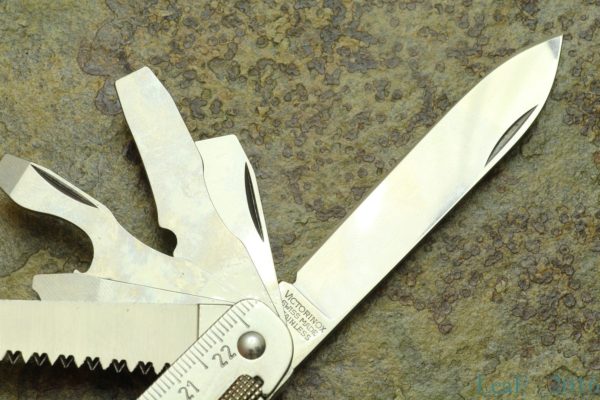 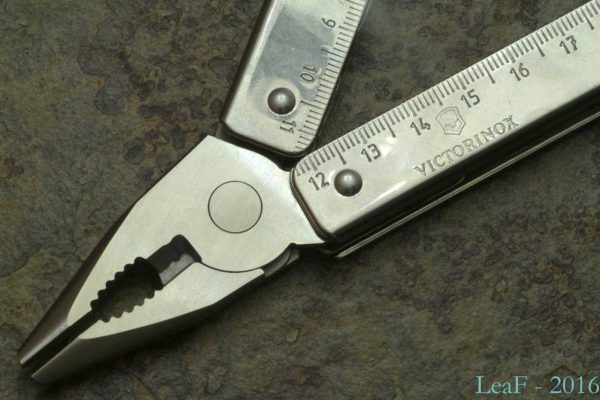