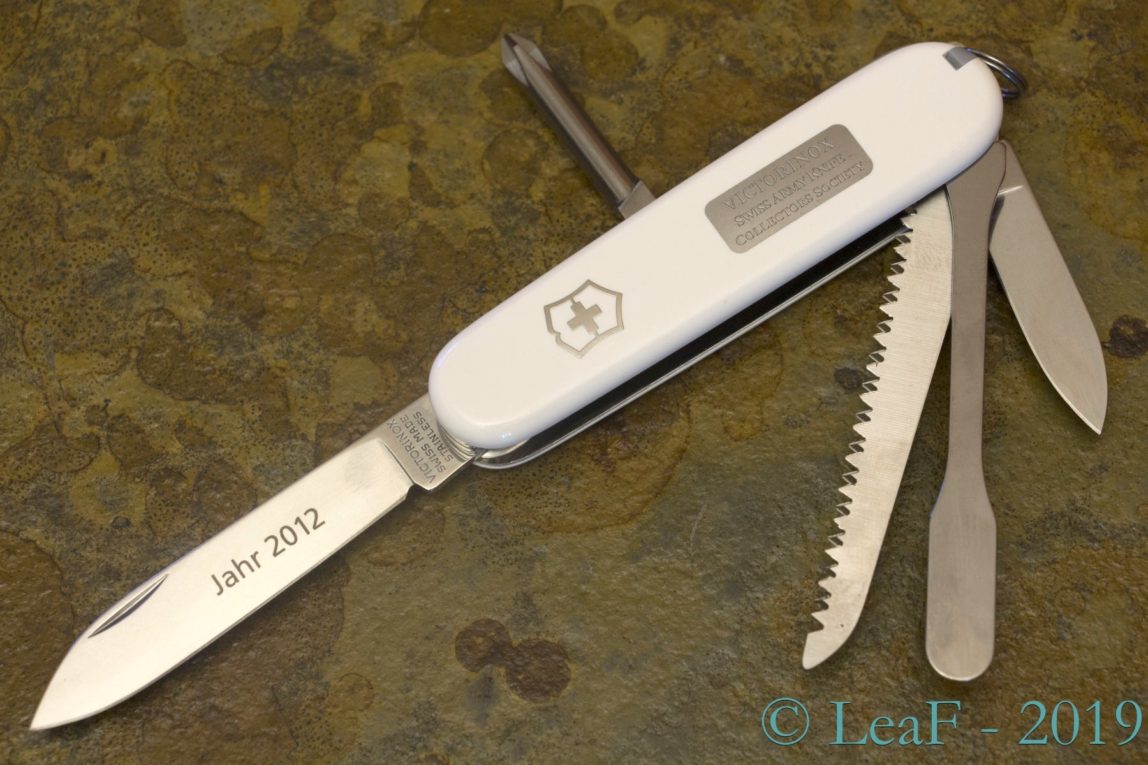 In the 2012 VSAKCS released probably the most unusual knife that ever they released – the Doctor’s knife. This knife contains very specific tool – medical spatula. I cannot remember other regular Victorinox knives which also has this tool, except SwissChamp XL-series. If I’m not mistaken, also one unique knife with spatula, based on Climber model was produced specially for Hewlett-Packard company.  Who knows more models?
Photos: 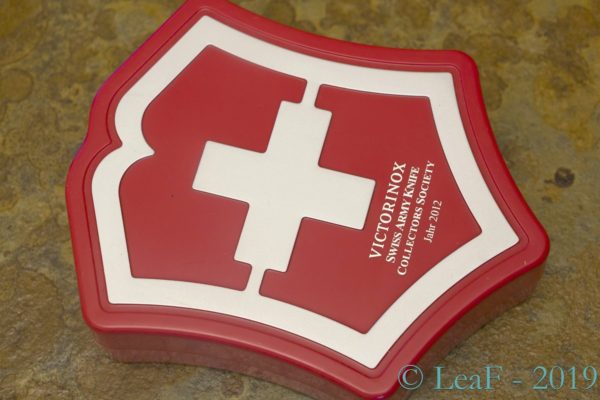 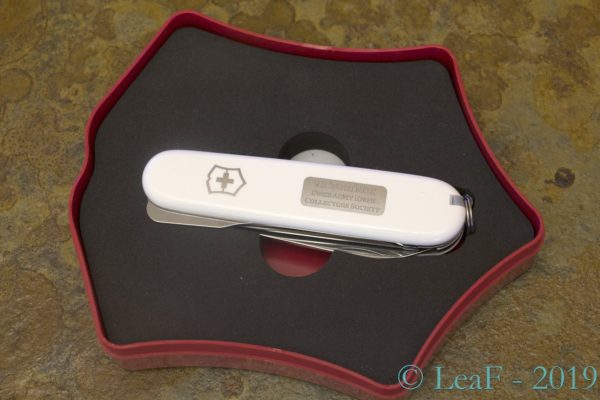 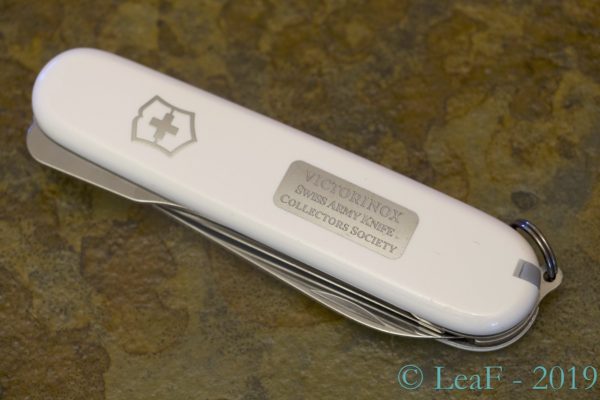 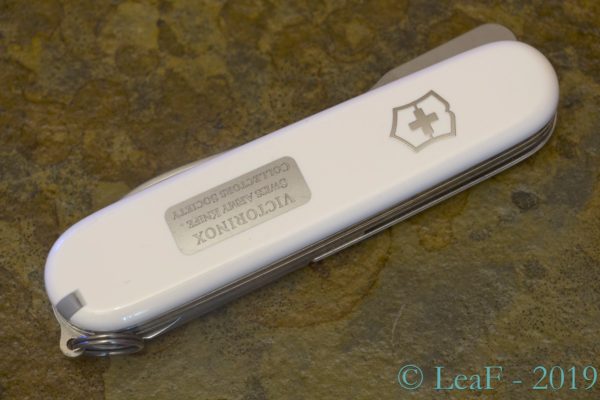 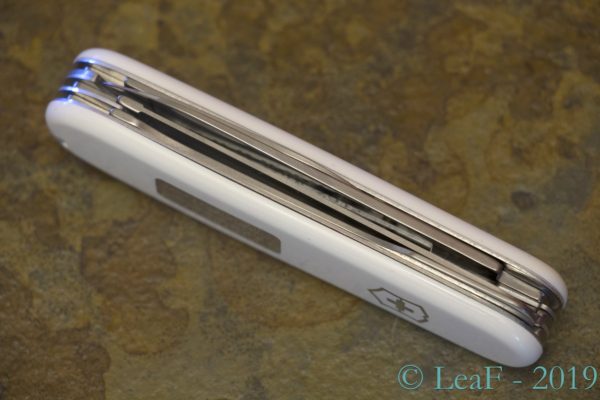 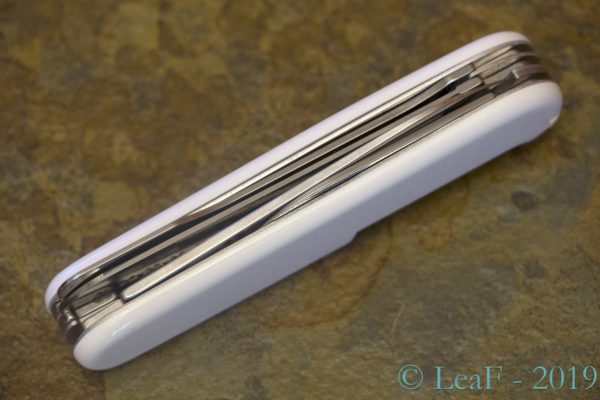 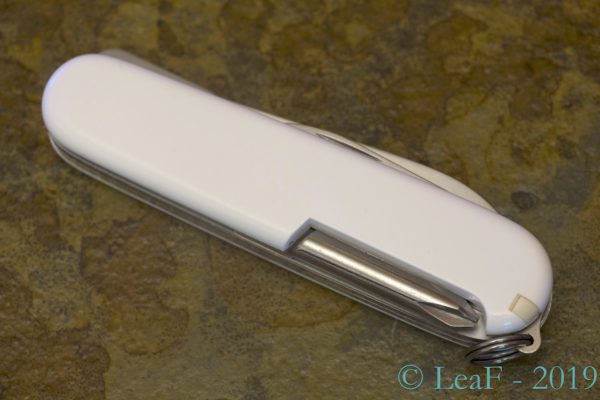 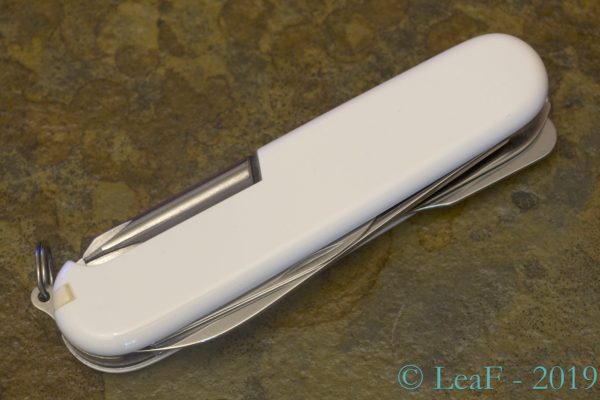 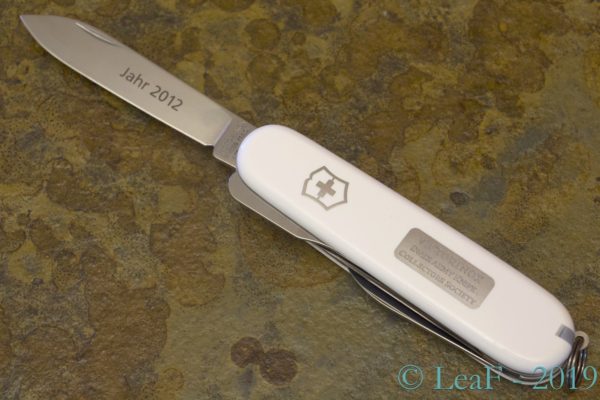 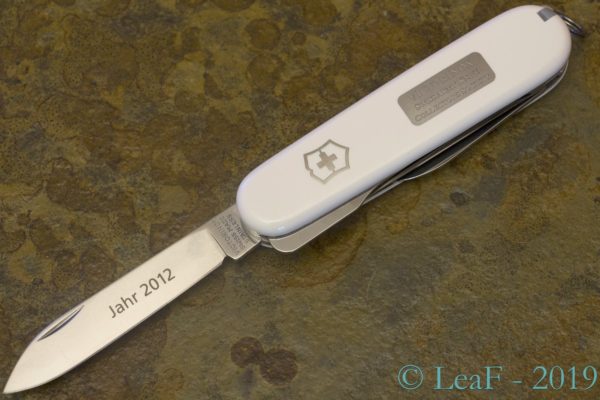 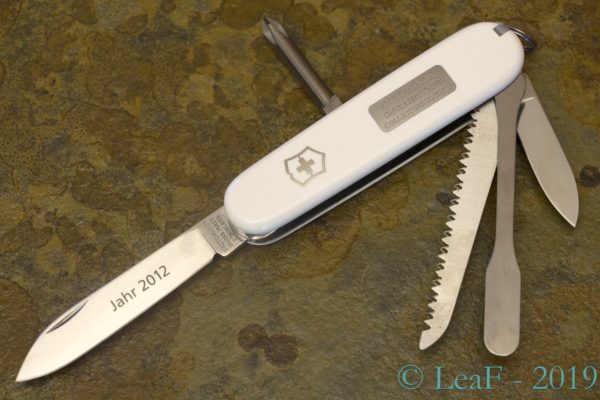 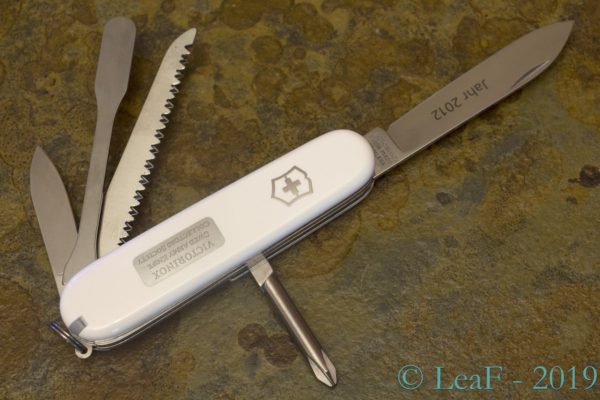 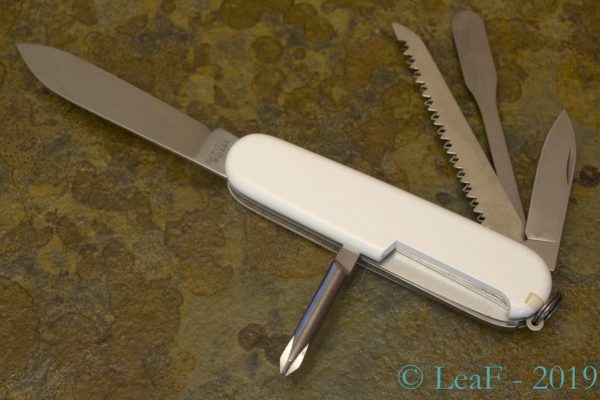 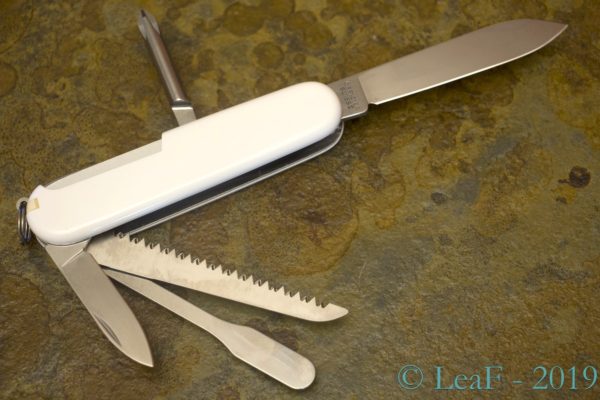