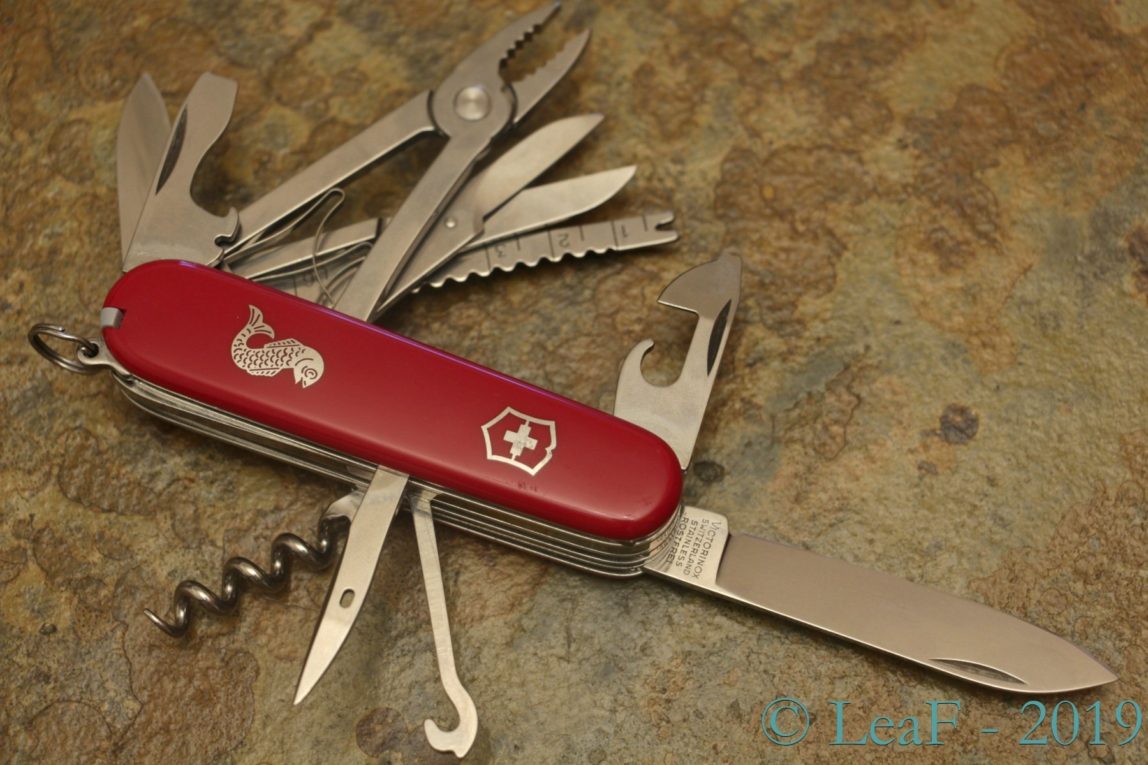 The Victorinox Angler Deluxe is a model which was produced during relatively short period of time. It one layer wider than base Angler, this additional layer includes scissors and multipurpose hook.
Interesting fact: accordingly to SAKWiki, this model had several names through the years: at beginning it was called as Waterman, later on – it was known as Angler with Pliers.
But Angler model already included pliers, isn’t it? Maybe more logical was call this model “Angler with Scissors“?
The answer should be as “yes” either “no”. The reason of this “strange” naming was in fact, that first edition of Angler (Angler Original in other words) had scissors instead of pliers.
Photos: 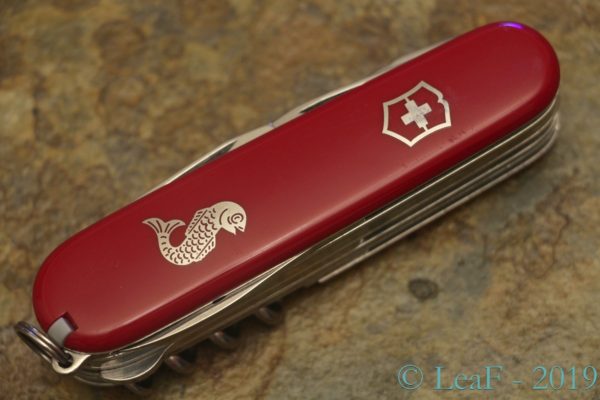 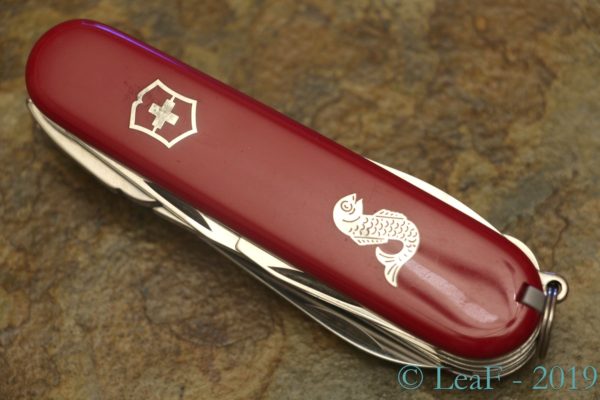 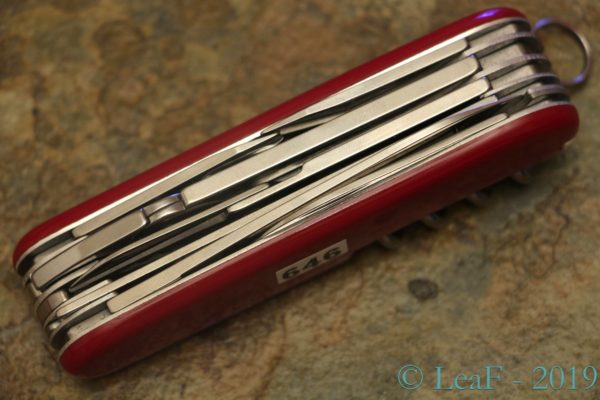 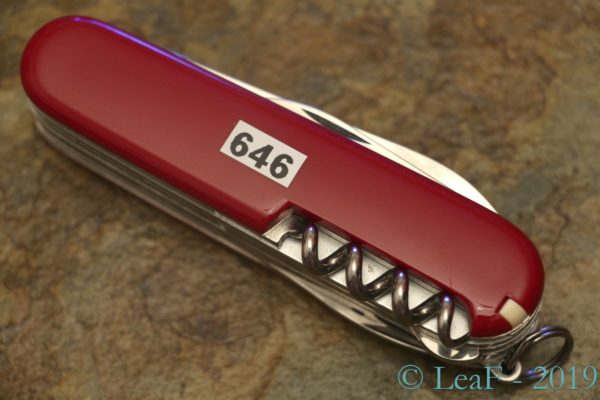 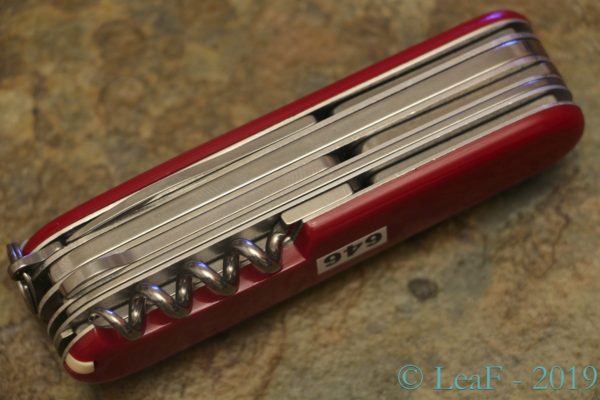 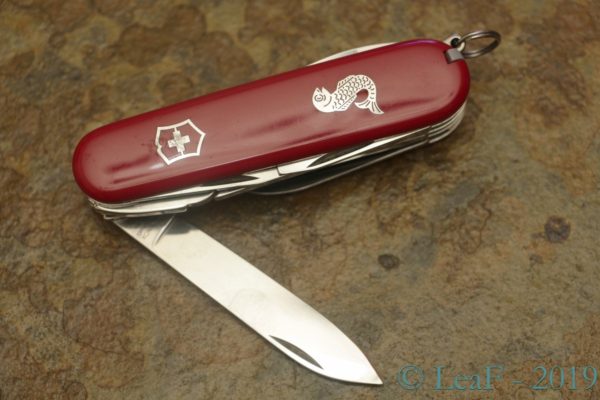 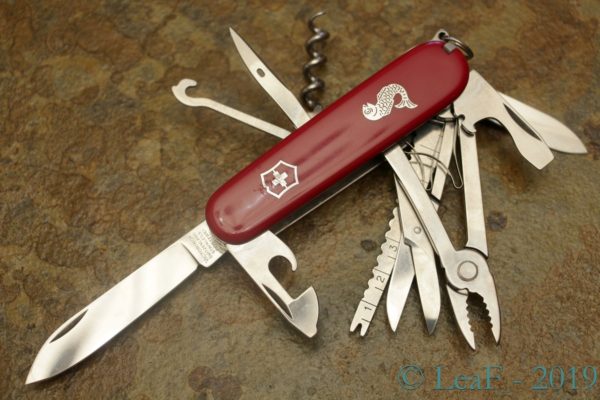 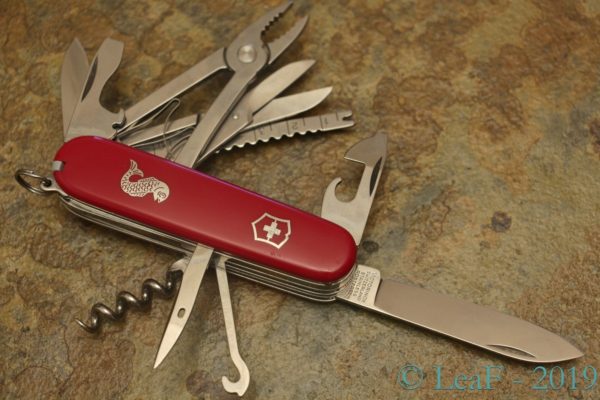 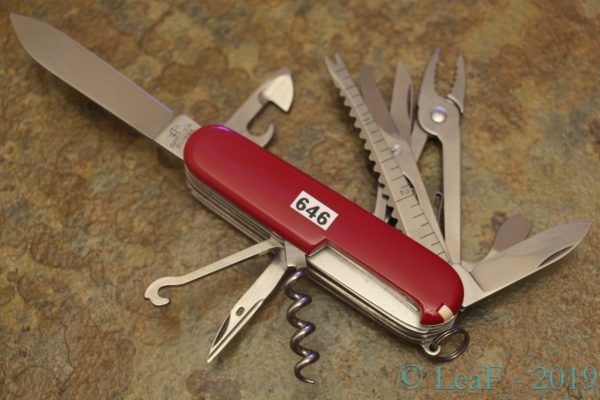 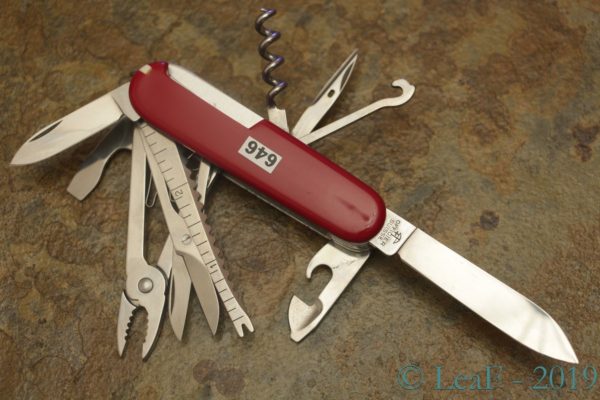