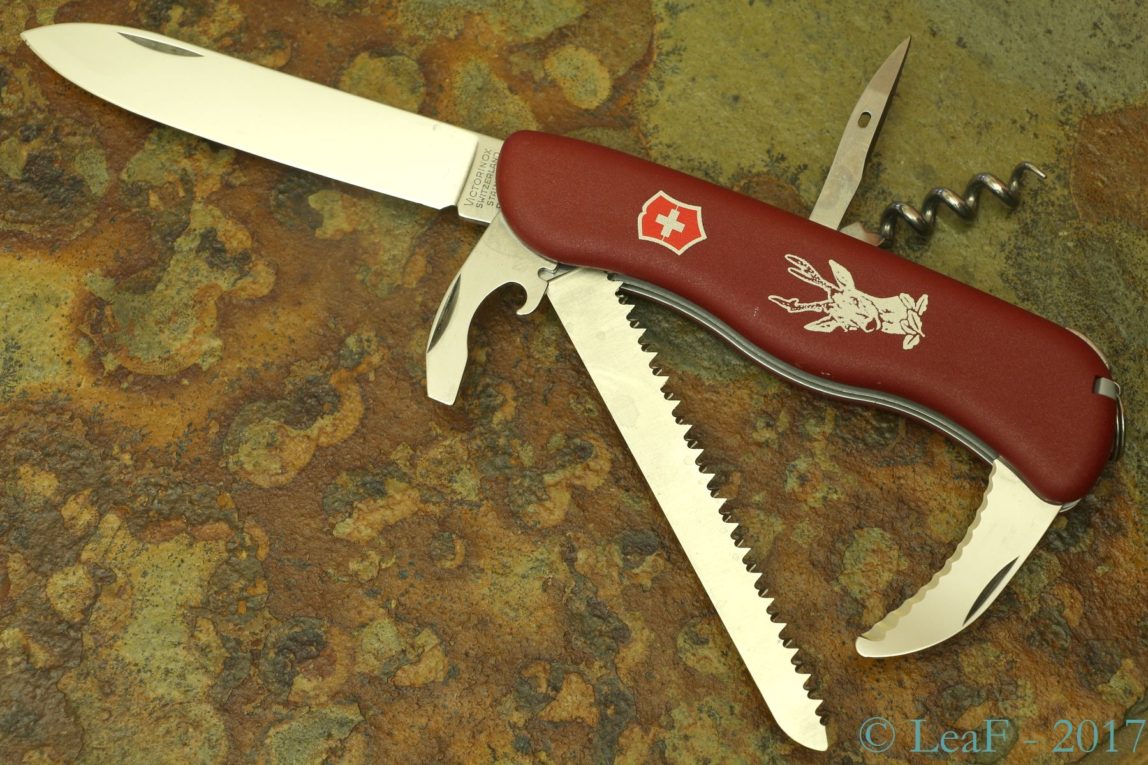 The Victorinox Hunter is a three layered 111-mm model with slide-lock mechanism. Now (in 2018) this variation is withdrawn and replaced by new liner-lock variation.
When we’re talking about Hunter model, for sure, we have to mention that only this model has quite a unique tool – small gutting blade.
At this point I must stop and fix myself. Not ‘only this model‘ but ‘these one and two others‘, which are rarer. First of them is the oldest variation of WorkChamp XL (which included small gutting blade instead of a can-opener). Second one – is a Wenger Evo Hunter 505 (limited run for Czech Republic). Yes, it sounds strange, but this is true, we’re talking about second hybrid SAK (by hybrid I mean mix of Victorinox and Wenger models’ tools), first one was a Premier.
What else? A few words about its variations: the first run did not have the deer image on scales, then this image was added (and it was a quite bit different from current version), later image of deer was redesigned (as we currently have).
Hunter was produced in two colors, red and olive drab; besides this, camouflage version also known (it didn’t have the deer image on scales) and… corkscrew was replaced by Phillips screwdriver. This variation is still on my wish-list.
Photos: 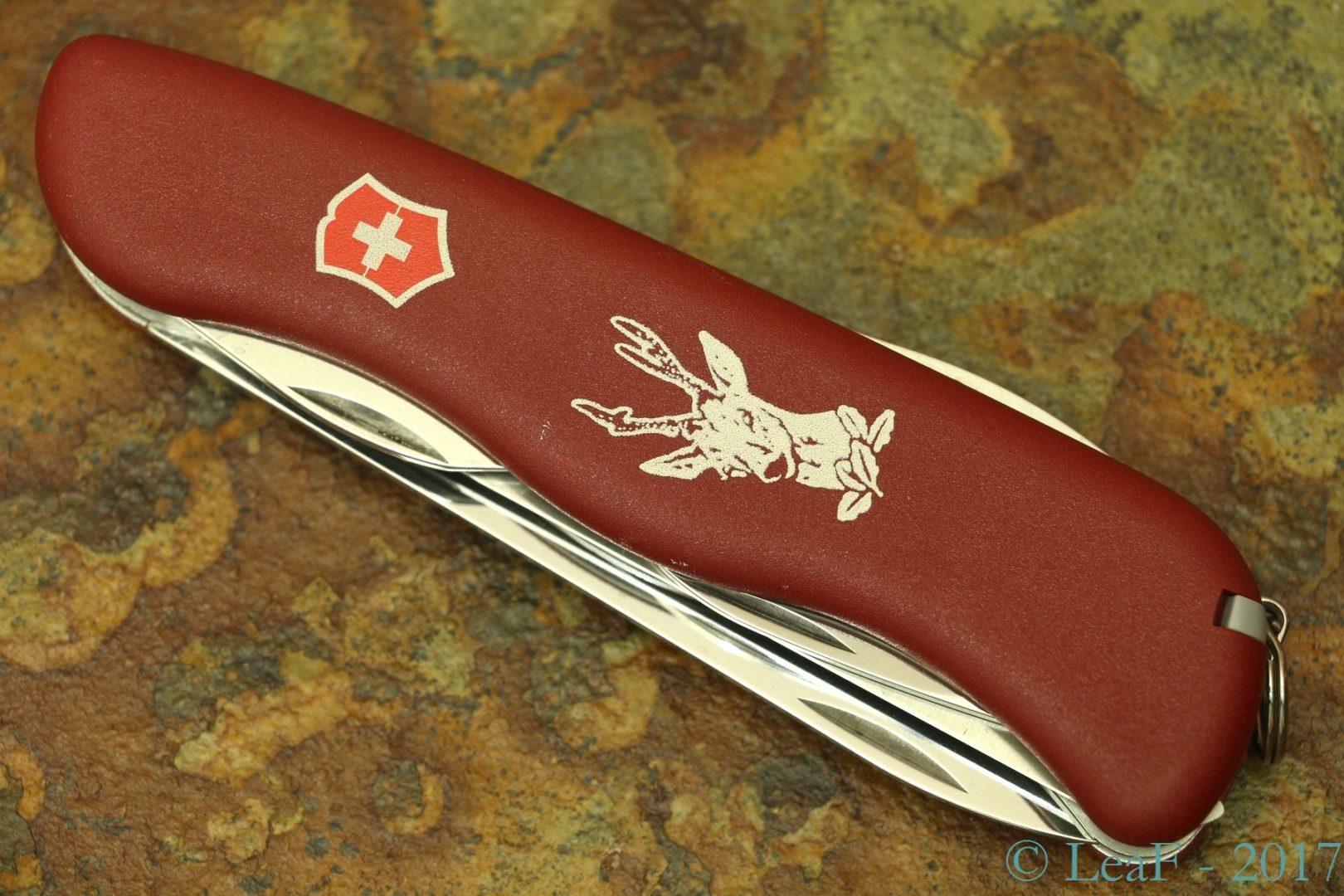 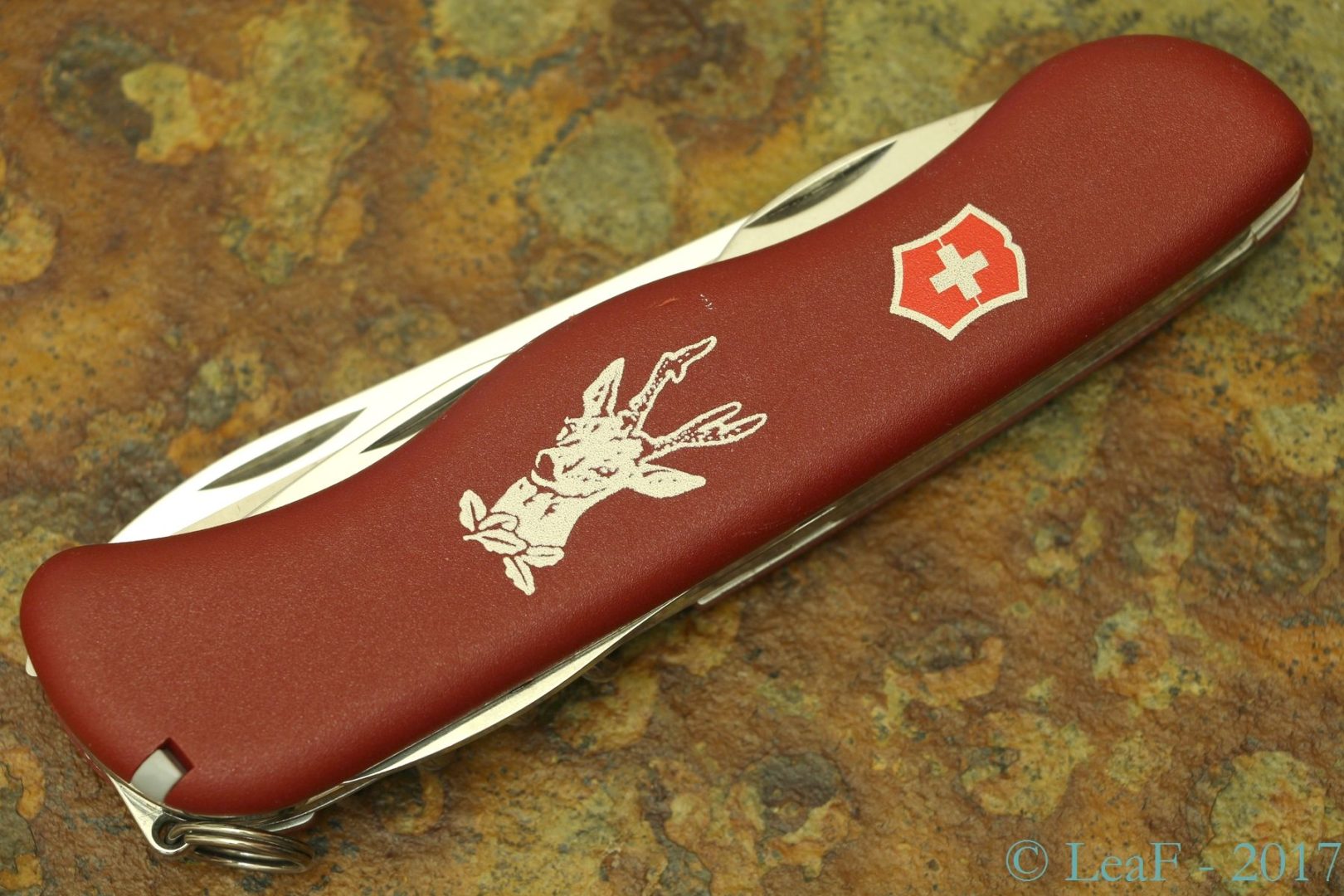 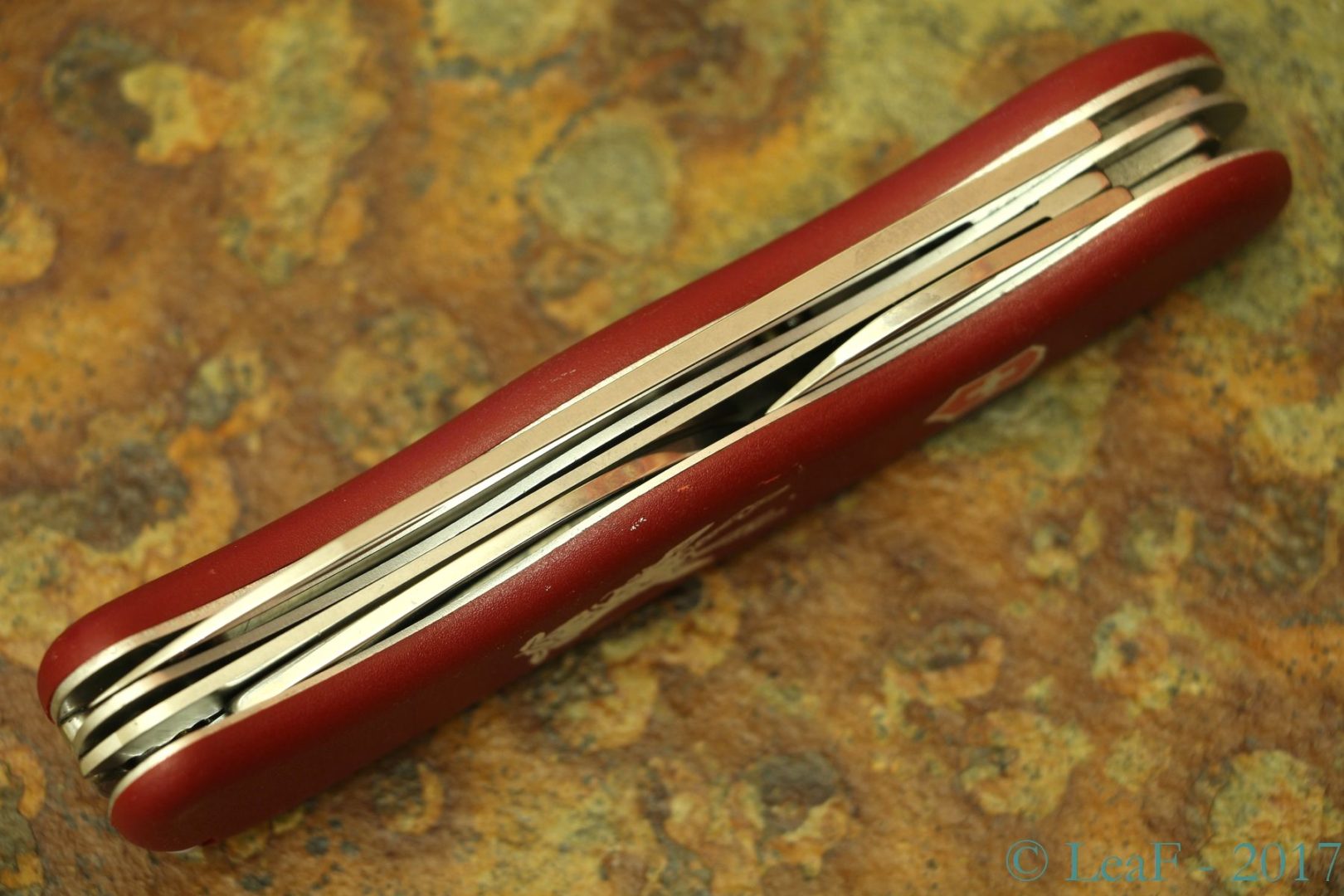 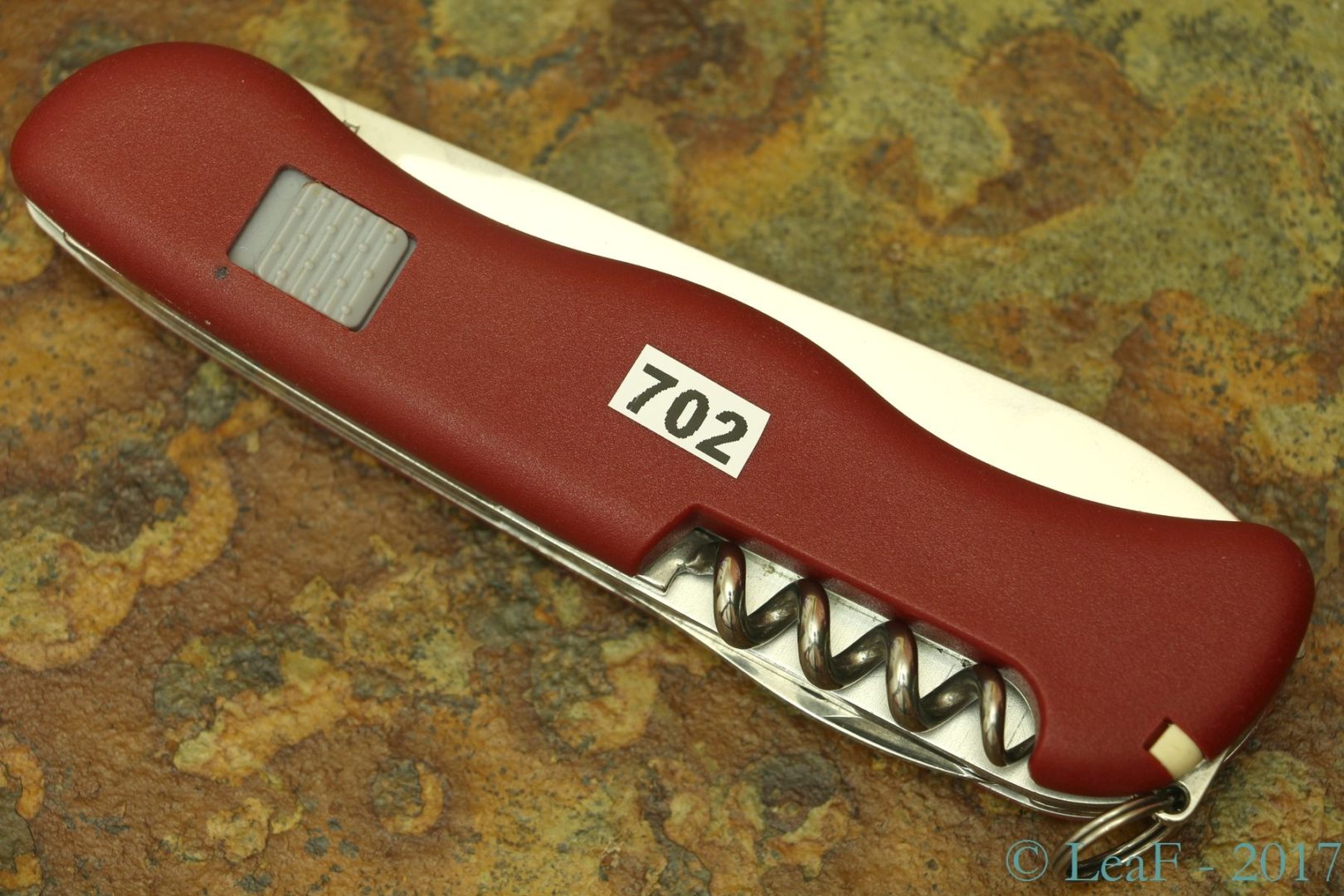 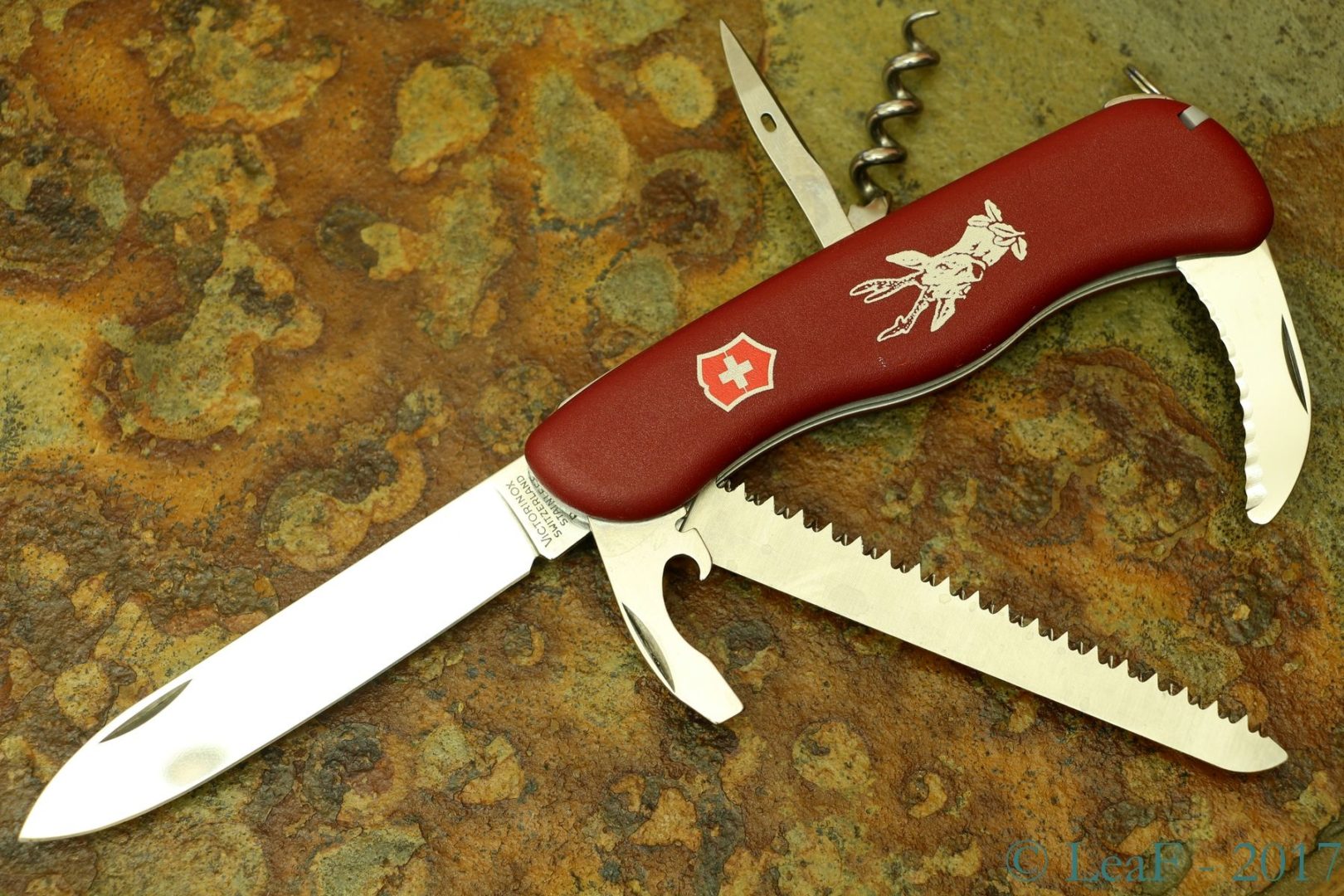 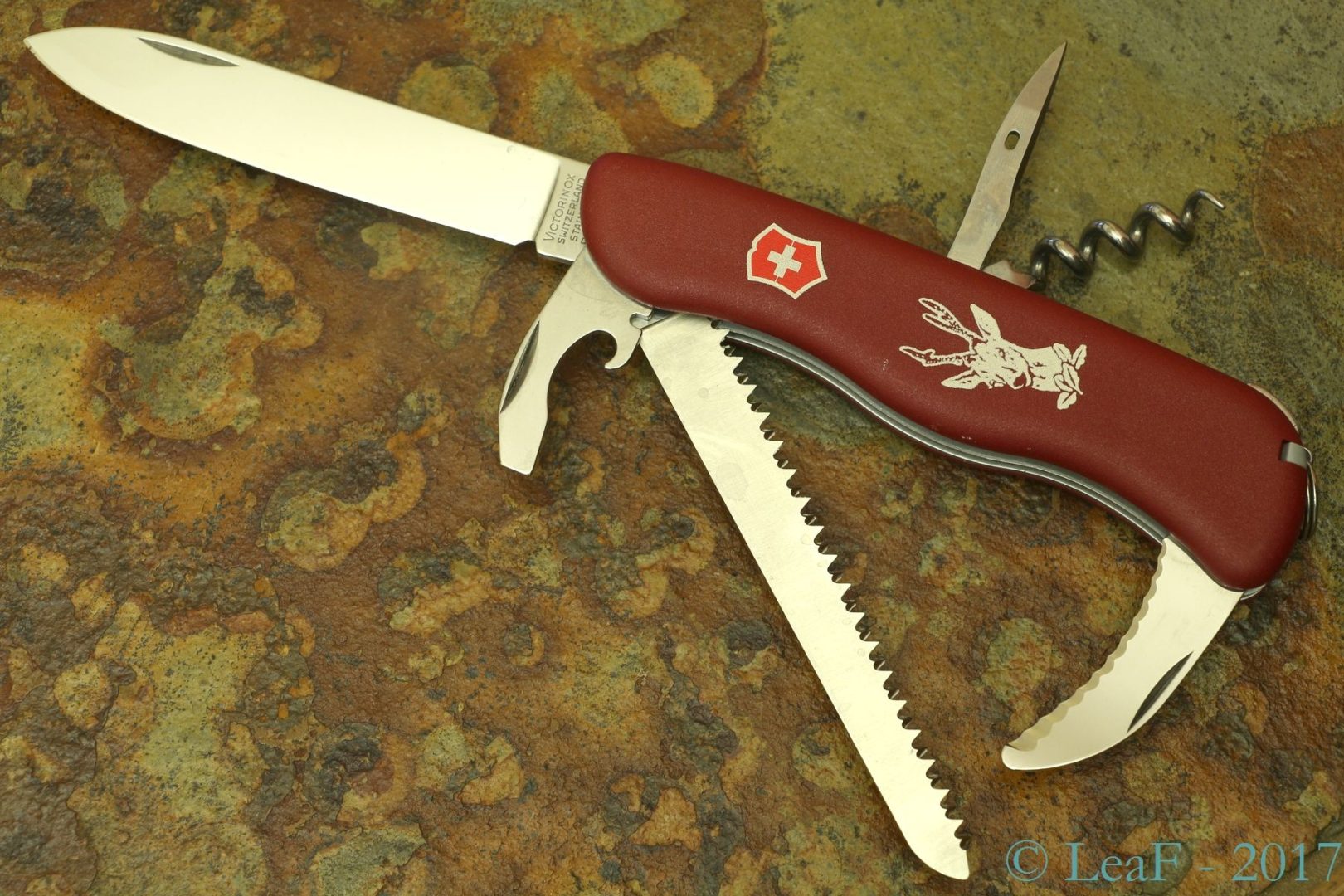 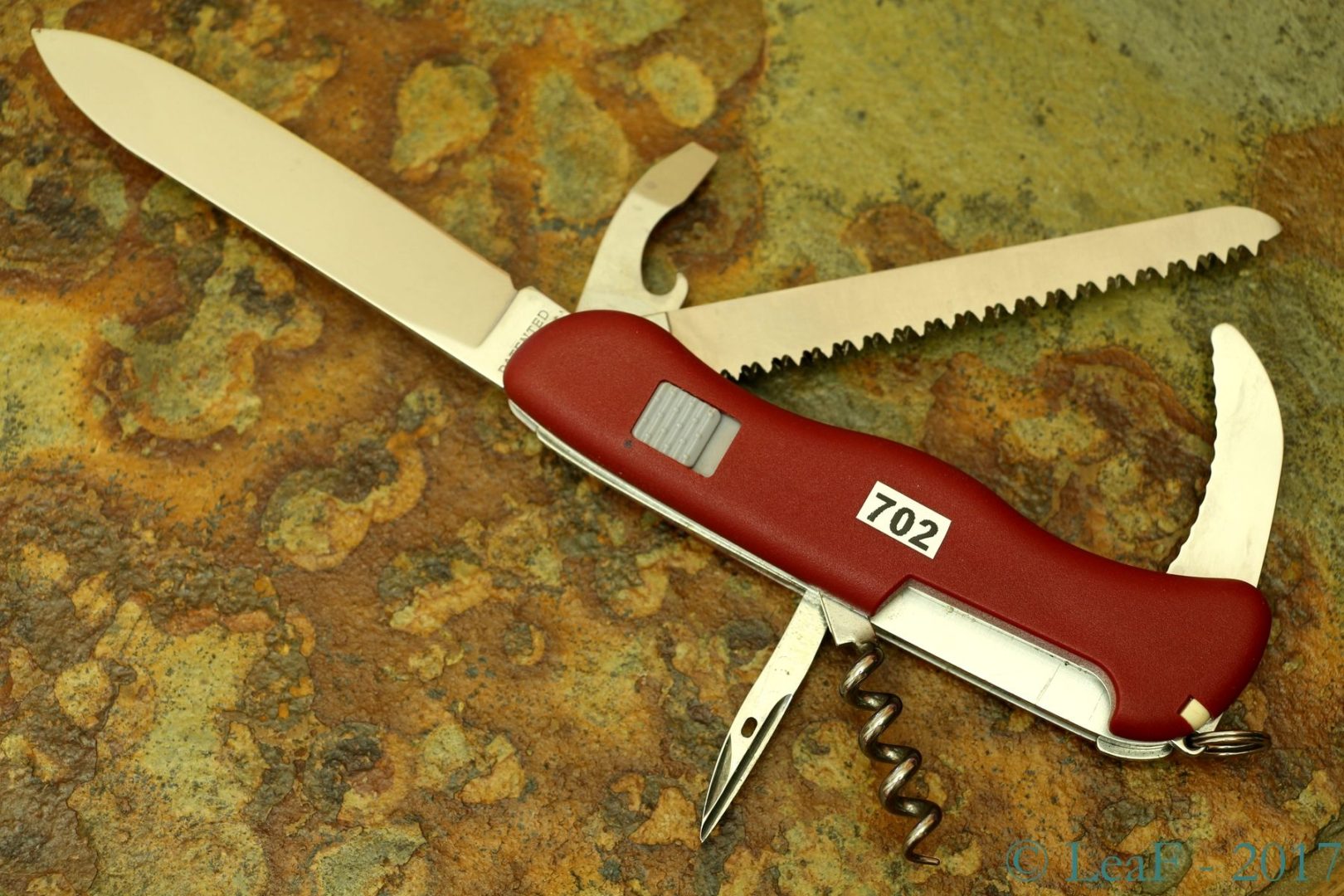 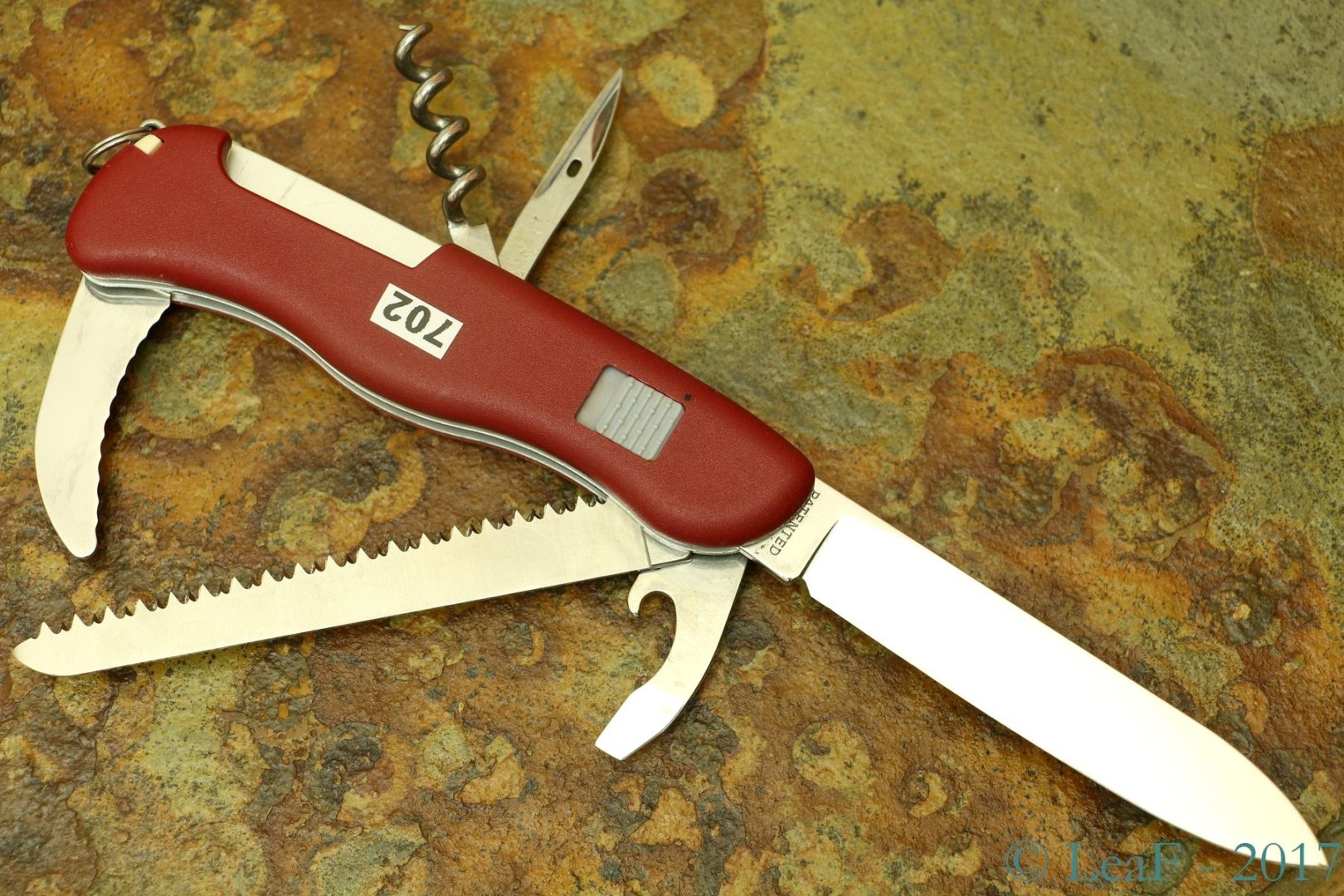 Small surprise for the most persistent readers: few comparative pictures of slide-lock and liner-lock variations of Hunter model: