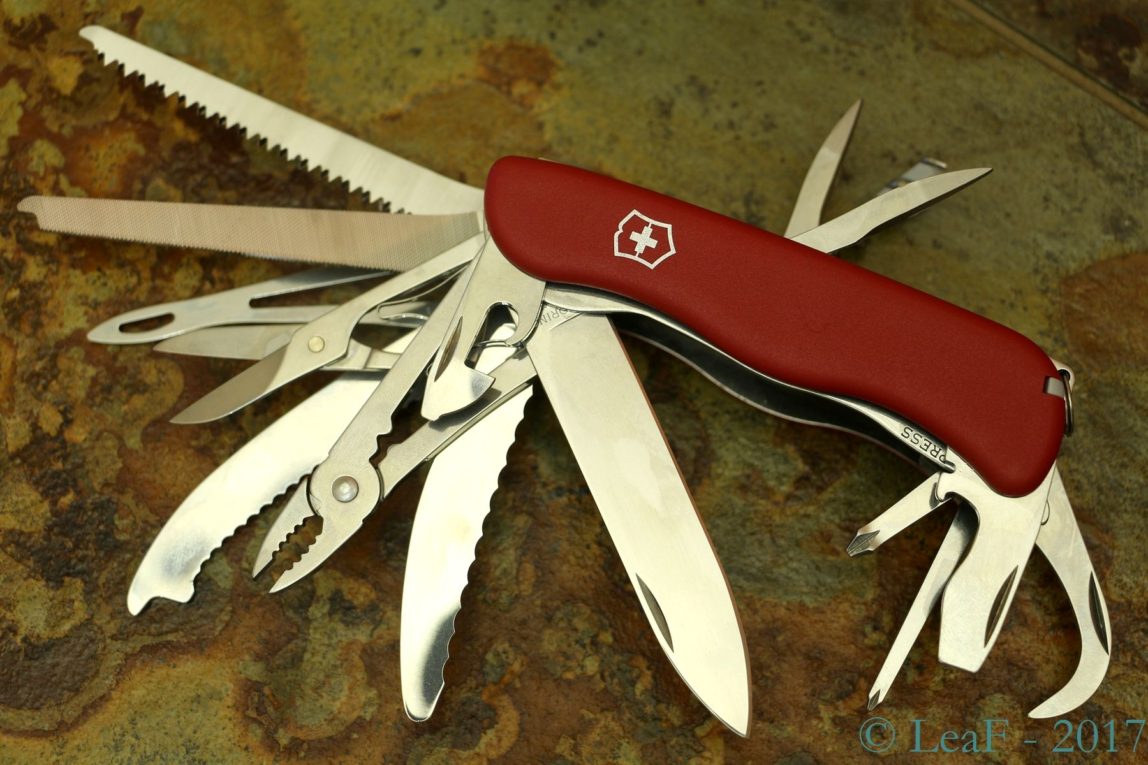 I’ve already reviewed several 111-mm models which got a “new life” when they were re-released in liner-lock version. Today I’m going to present to your attention the biggest knife from this run – WorkChamp XL.
As previous variation, this monster has 10 layers (and lot of tools as result), but in comparison with other models, which were redesigned due to changing locking mechanism, WorkChamp XL also had some replacements of tools.
First of all, there are no technical screwdriver on the back, but we have two awls instead. Interesting fact: initially images of this model on official site shows model with technical screwdriver and were replaced recently.
Next difference – clip-point blade (from 108-mm models) was replaced by belt-cutter (the same as RescueTool has).
Besides these, there are few minor changes, like swapping of layers, replacing tools’ positions and so on.
Just remembered another interesting fact: new liner-lock (0.8564.XL) model includes papers from slide-lock model (0.9064.XL).
That’s it, enjoy viewing pictures.
For real enthusiasts – my comparative review of slide-lock and liner-lock variations on multitool.org.
Photos: 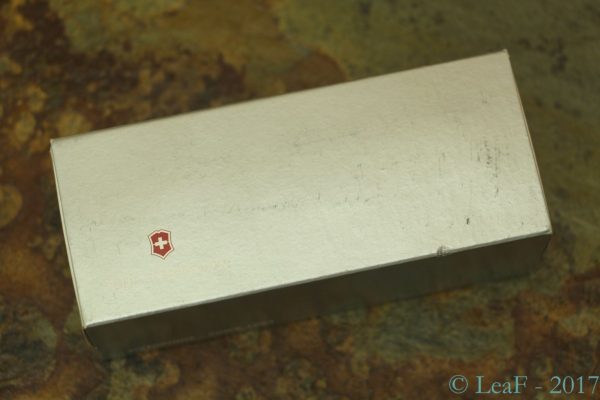 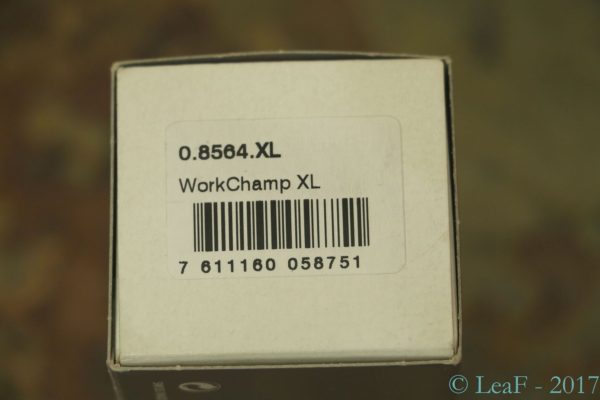 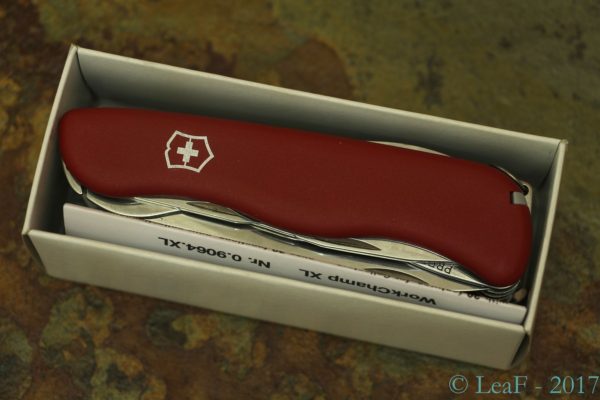 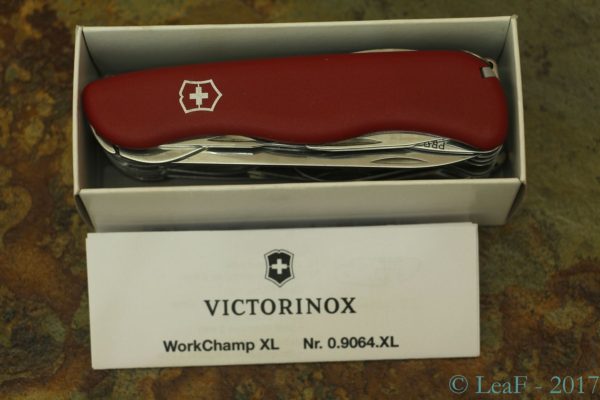 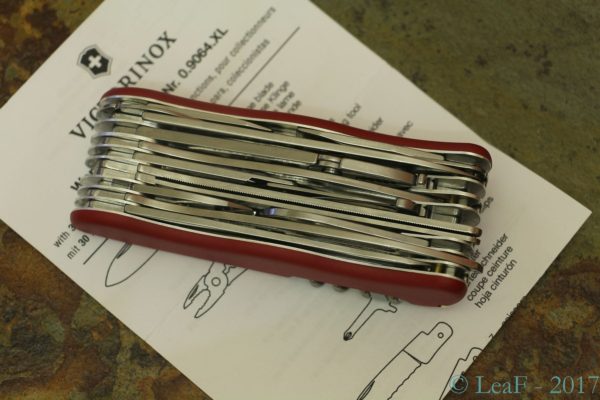 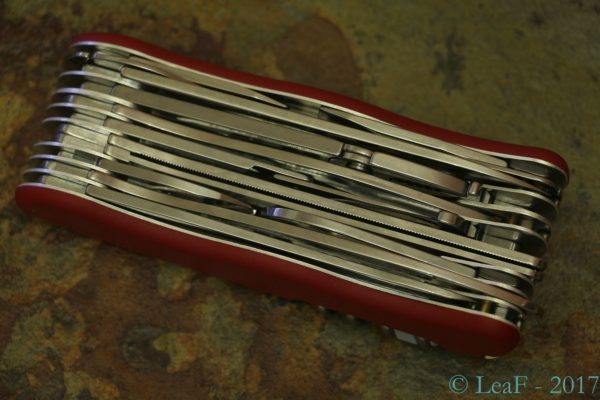 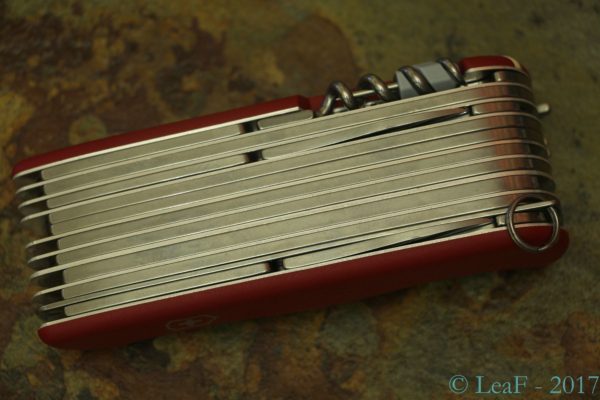 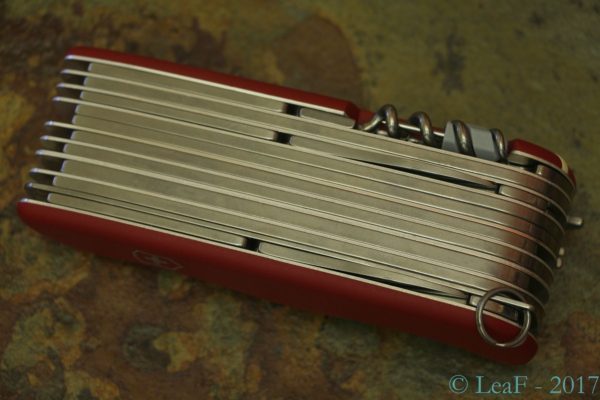 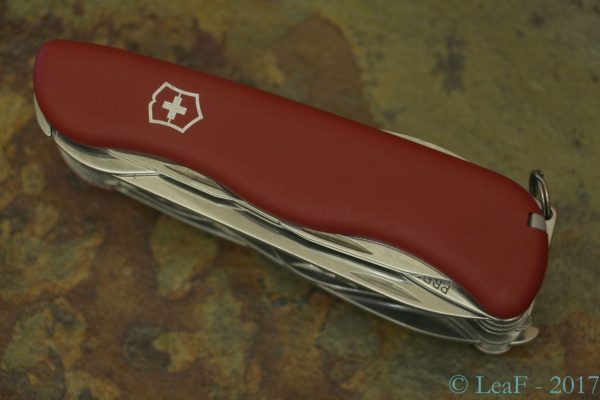 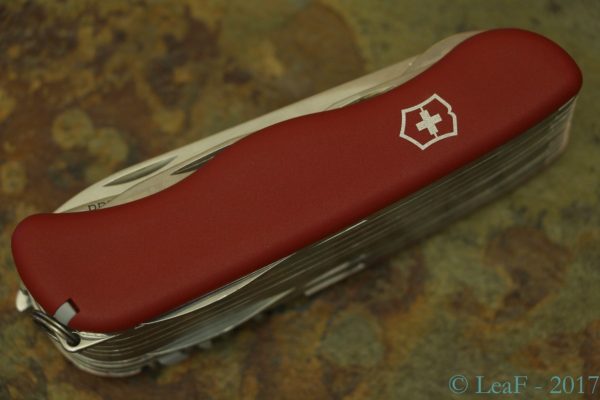 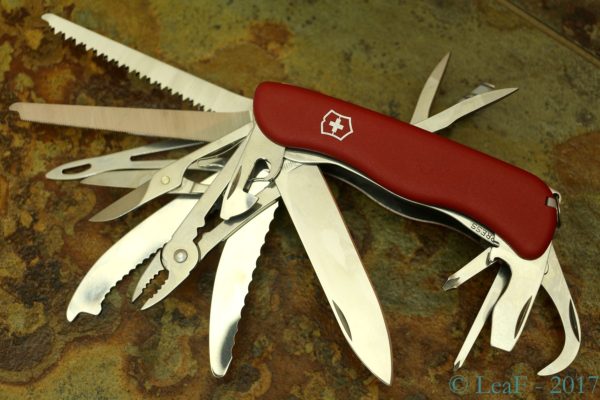 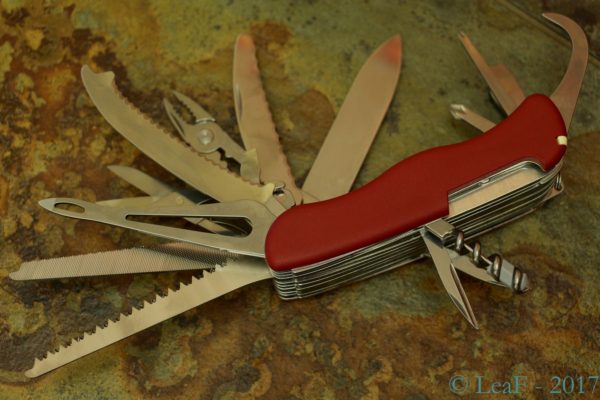 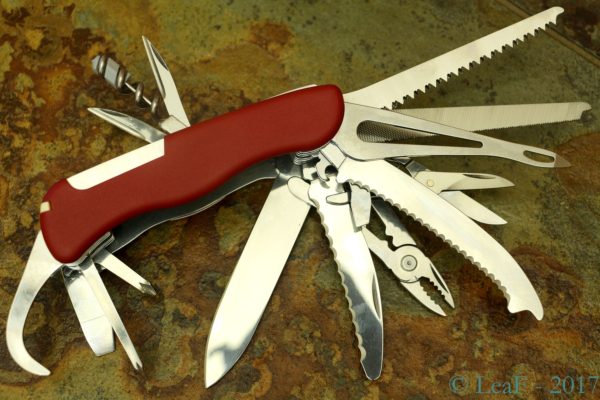 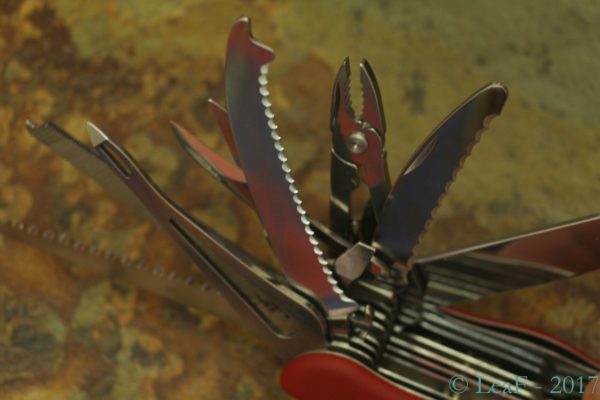 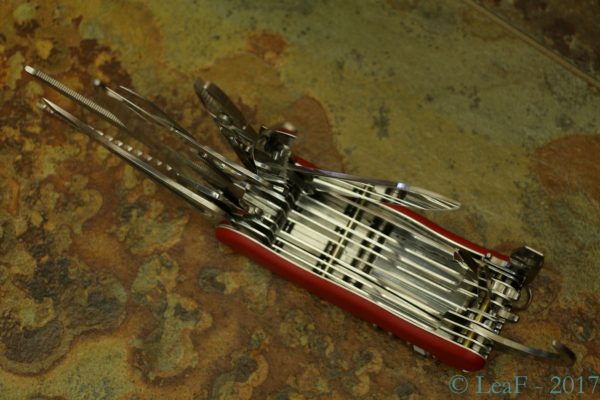 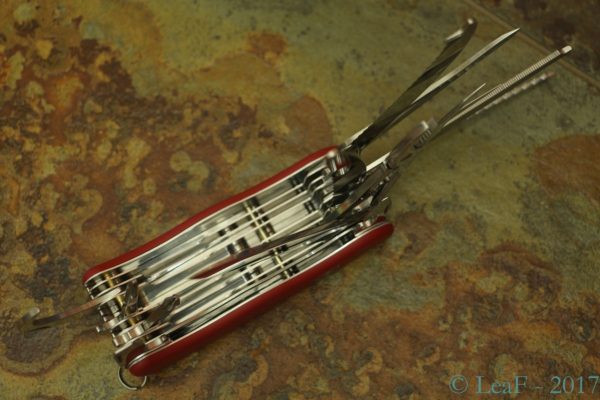 Some bonus: comparative pictures of old and new editions.