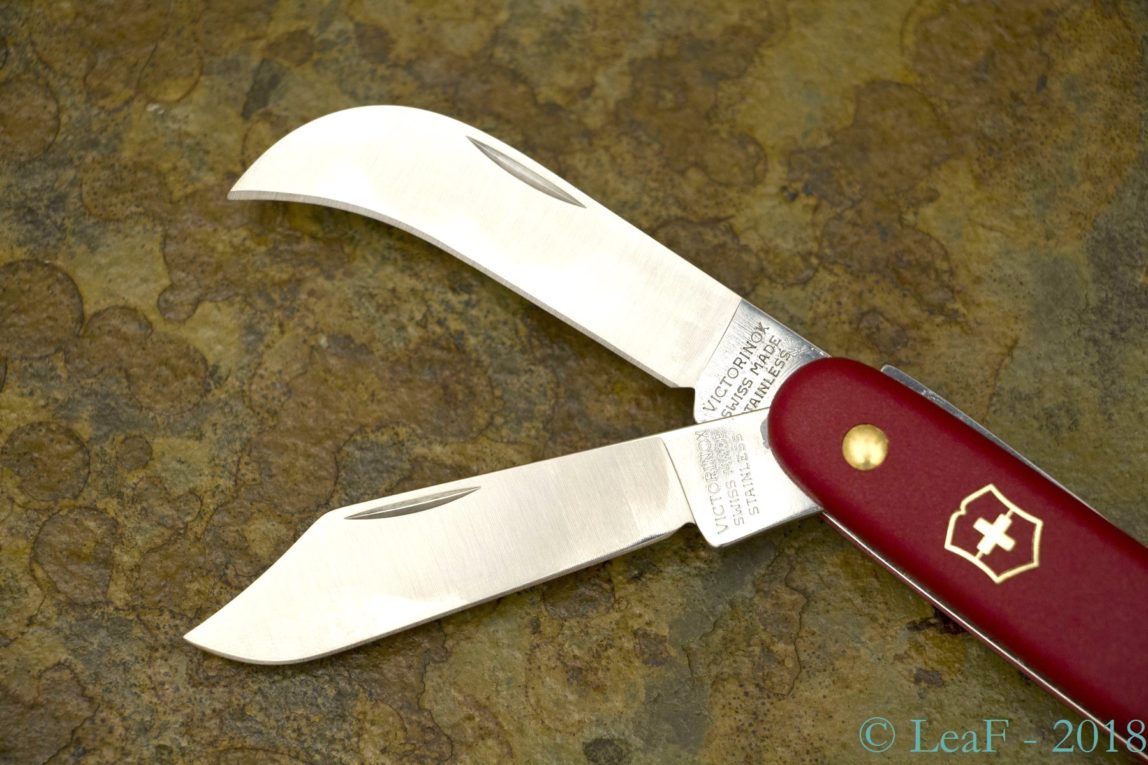 This knife isn’t a genuine Swiss army knife, no doubt, but it’s a Victorinox knife for sure, so I’d like to have it in my collection.
In the past Victorinox company produced a big variety of different gardener knives. Unfortunately, amount of available models just decreasing every year. I hope that I will be lucky enough to find all these variations before they became really rare ones.
Interesting fact: did you pay attention that design of layers was changed in comparison with first runs of this knife? Initially curved blade and brass bark lifter were placed in the same axis, but now they are on opposite axises. See pictures from old Victorinox brochures below (I don’t remember who is author of these two pictures, I found them in some collector’s group on Facebook).
Photos: 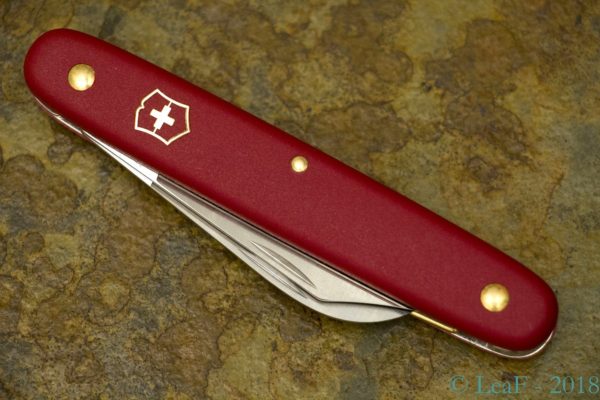 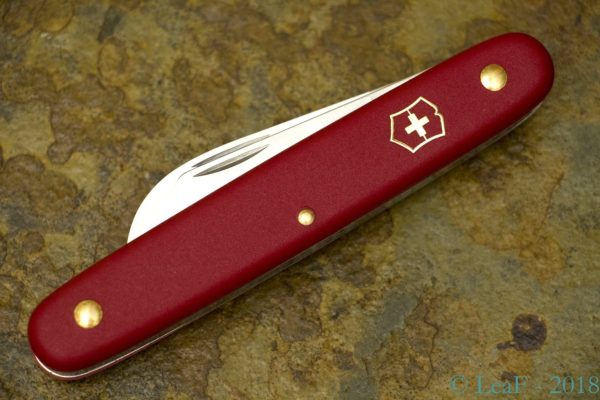 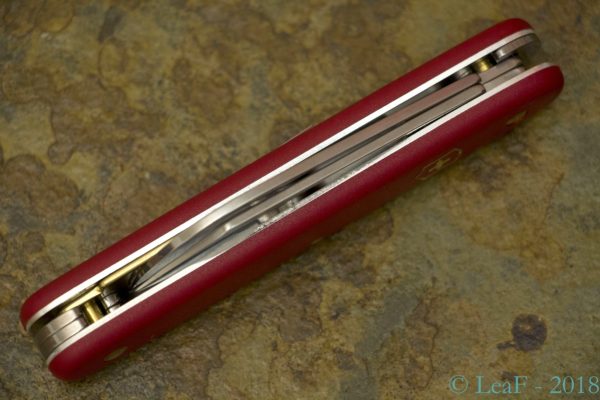 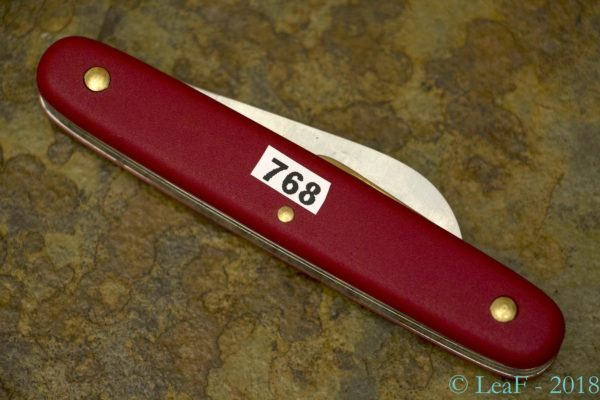 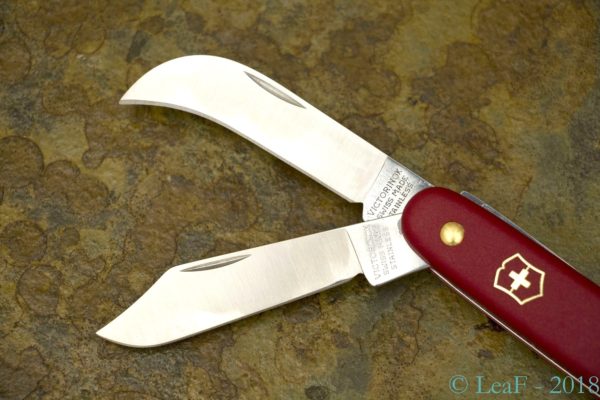 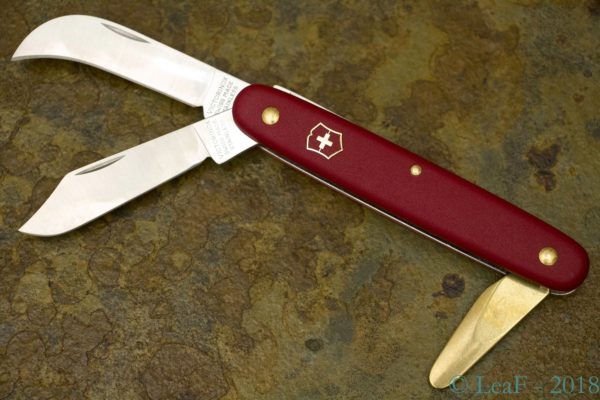 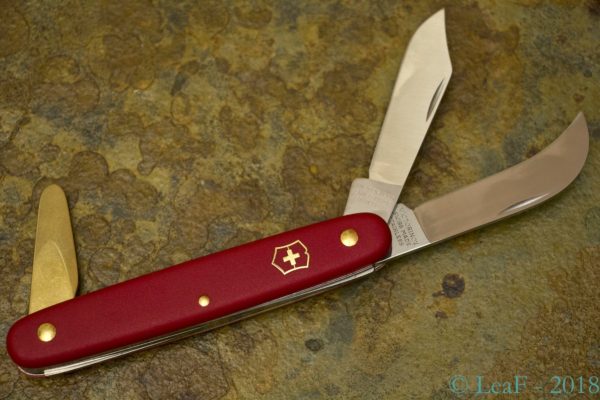 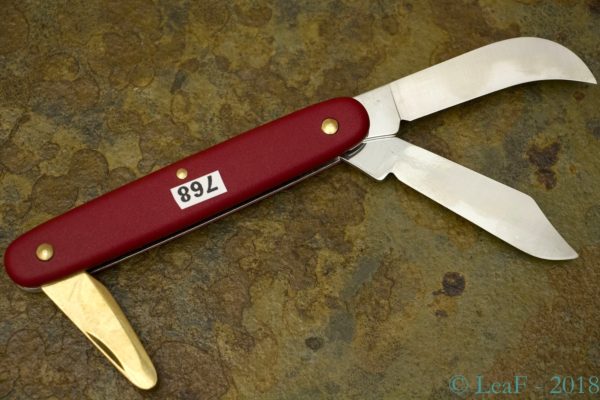 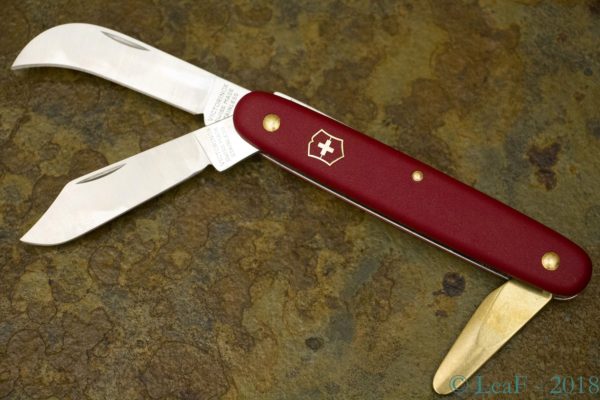 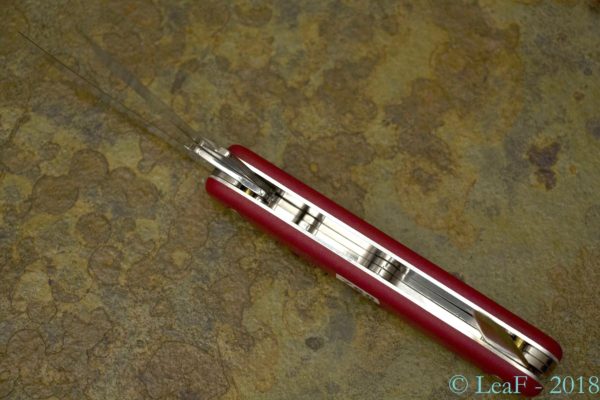 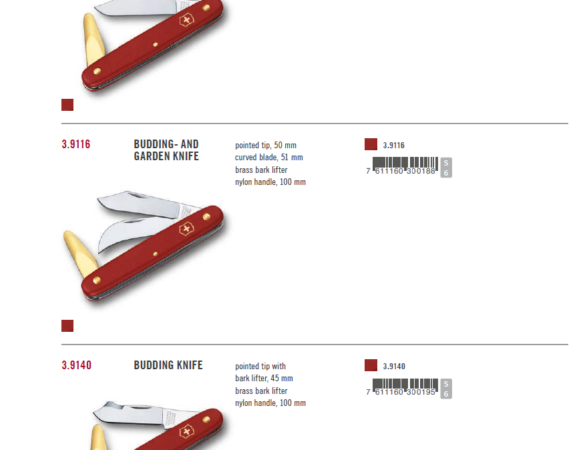 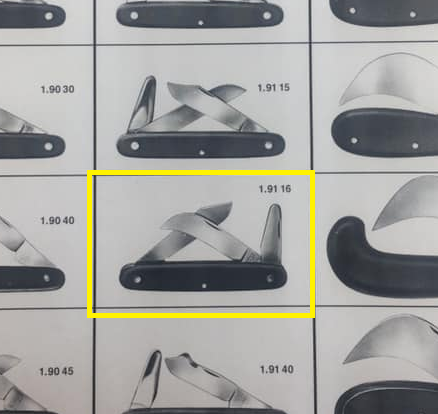 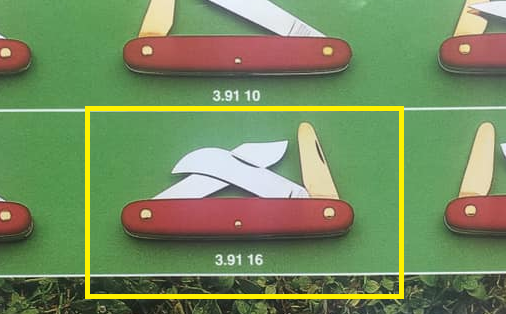