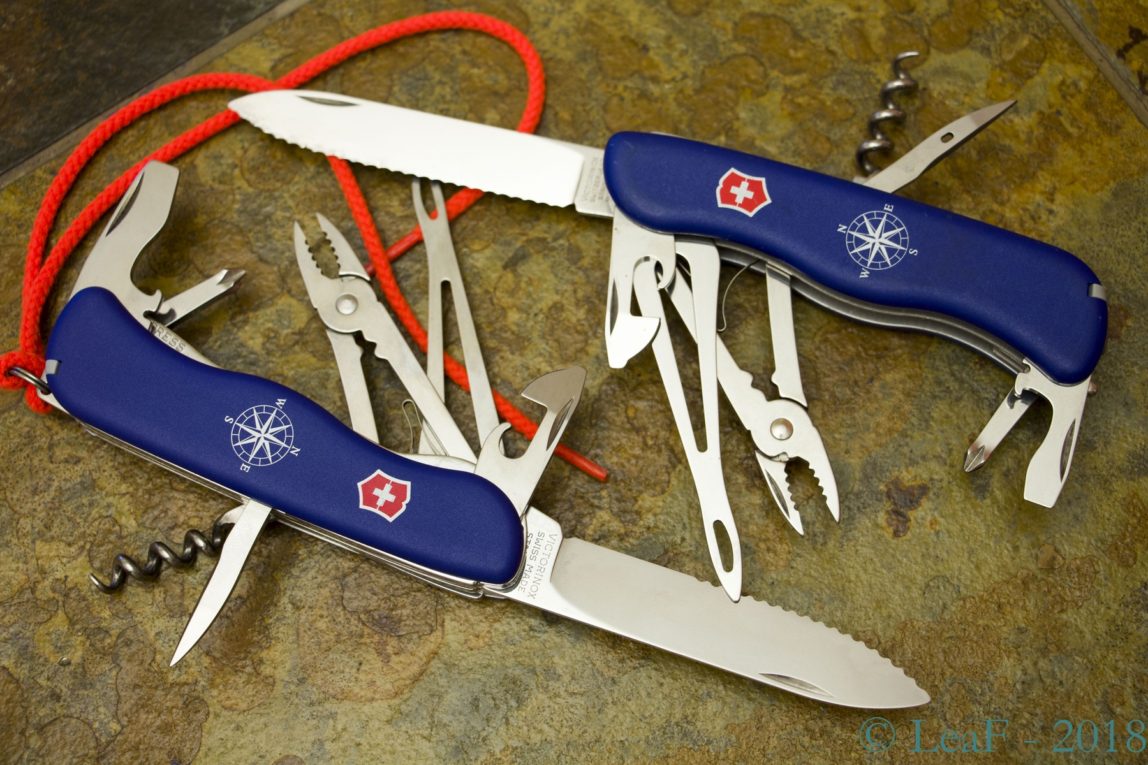 The last knife, which I’m going to present this week, is another 111-mm model, which was modified in 2017 year by replacing slide-lock mechanism with liner-lock. We already reviewed several models affected by this change, today’s knife is s Skipper.
After re-design this model was equipped with more ‘stronger’ cap-lifter, awl without sewing eye and ‘massive’ blade from liner-lock series; layer of the tools was changed as well. By the way, you can scroll little bit down and check differences between old and new variations in comparative pictures.
Photos: 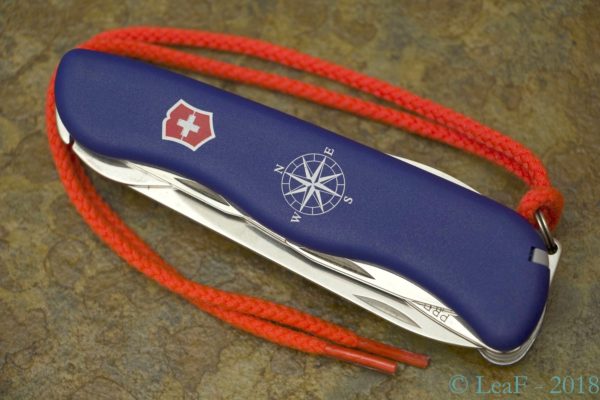 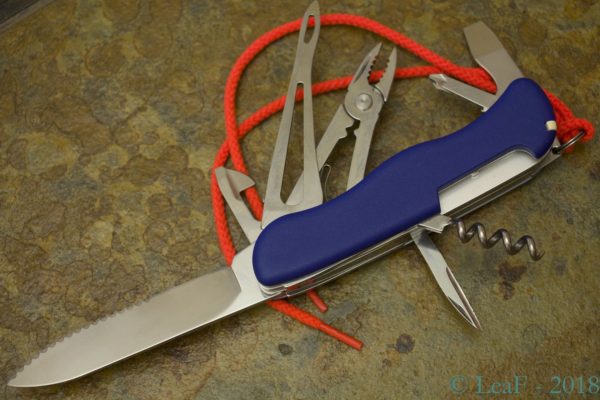 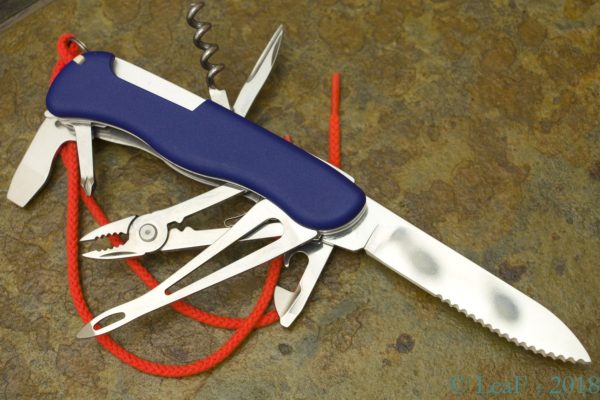 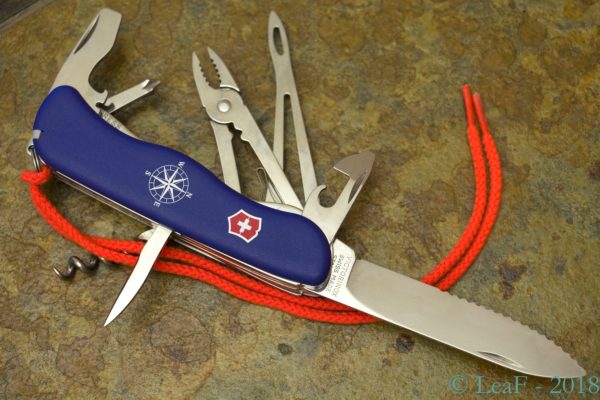 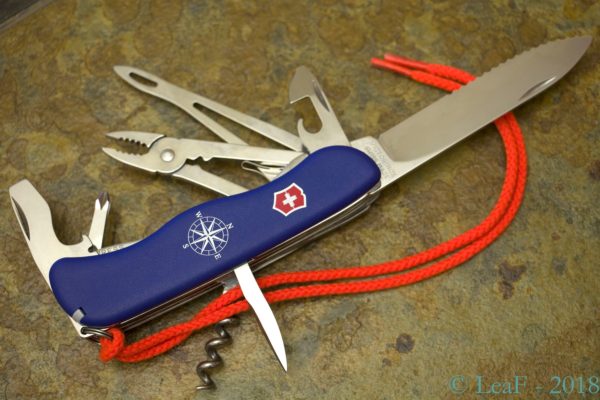 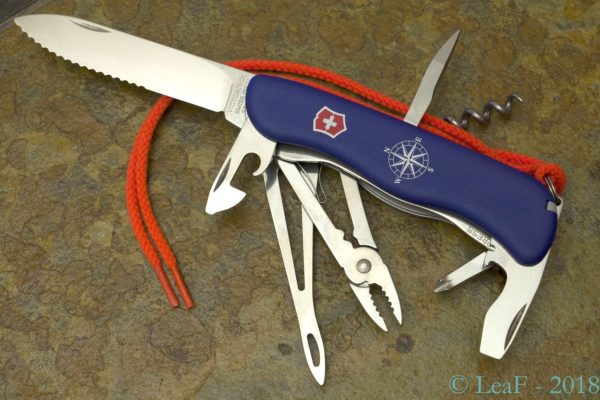 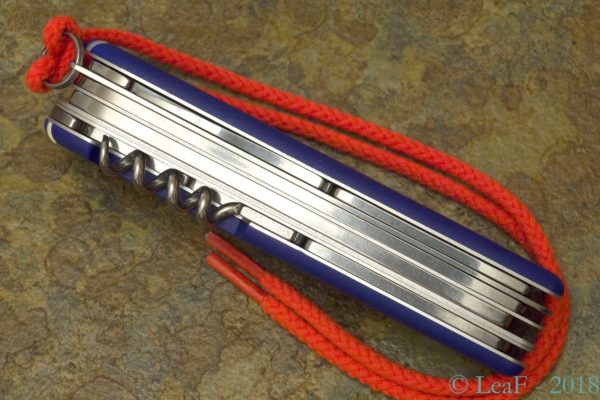 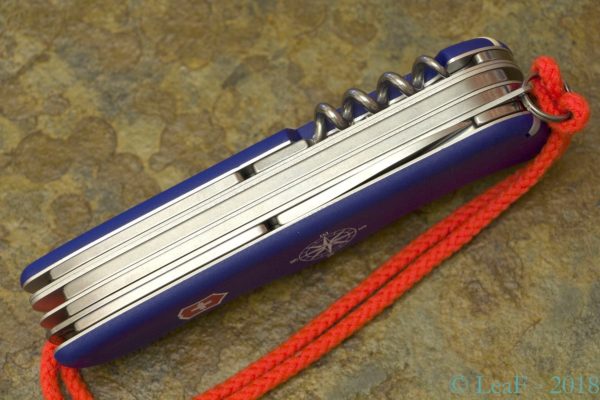 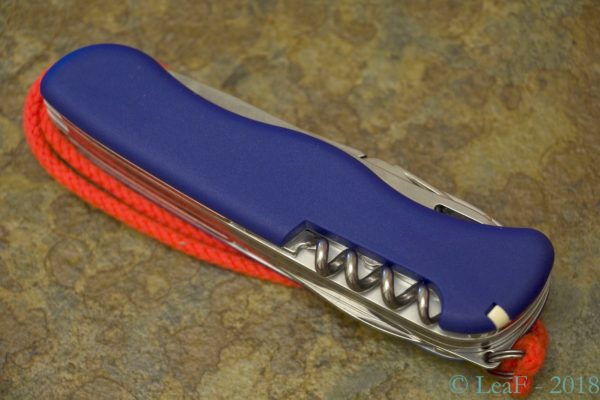 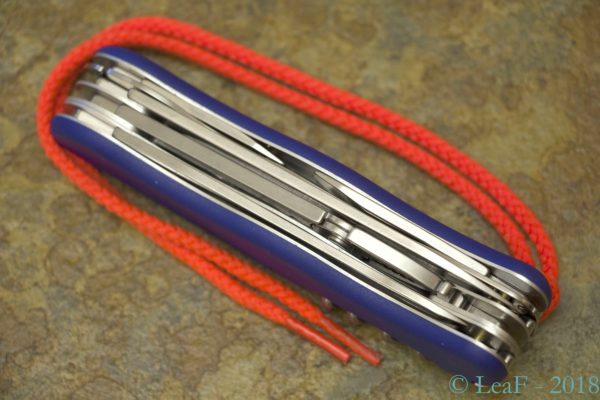 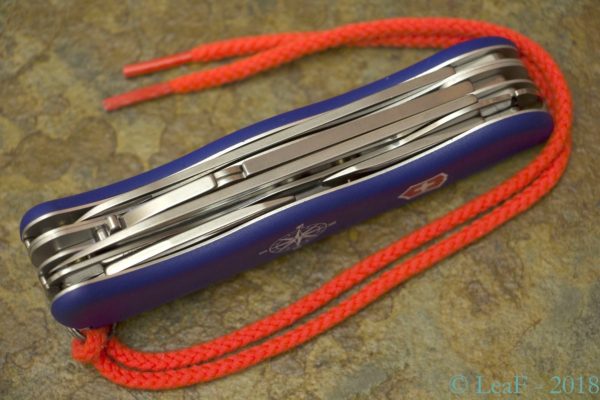 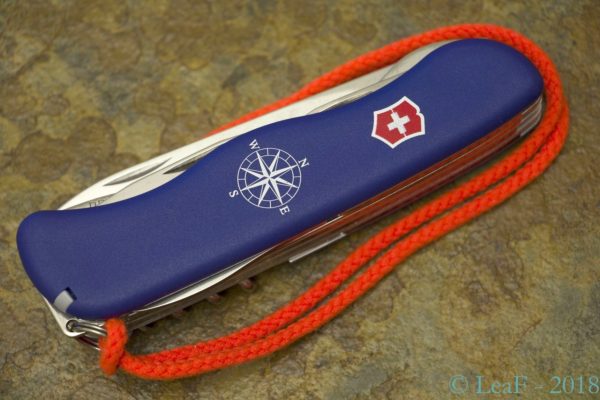