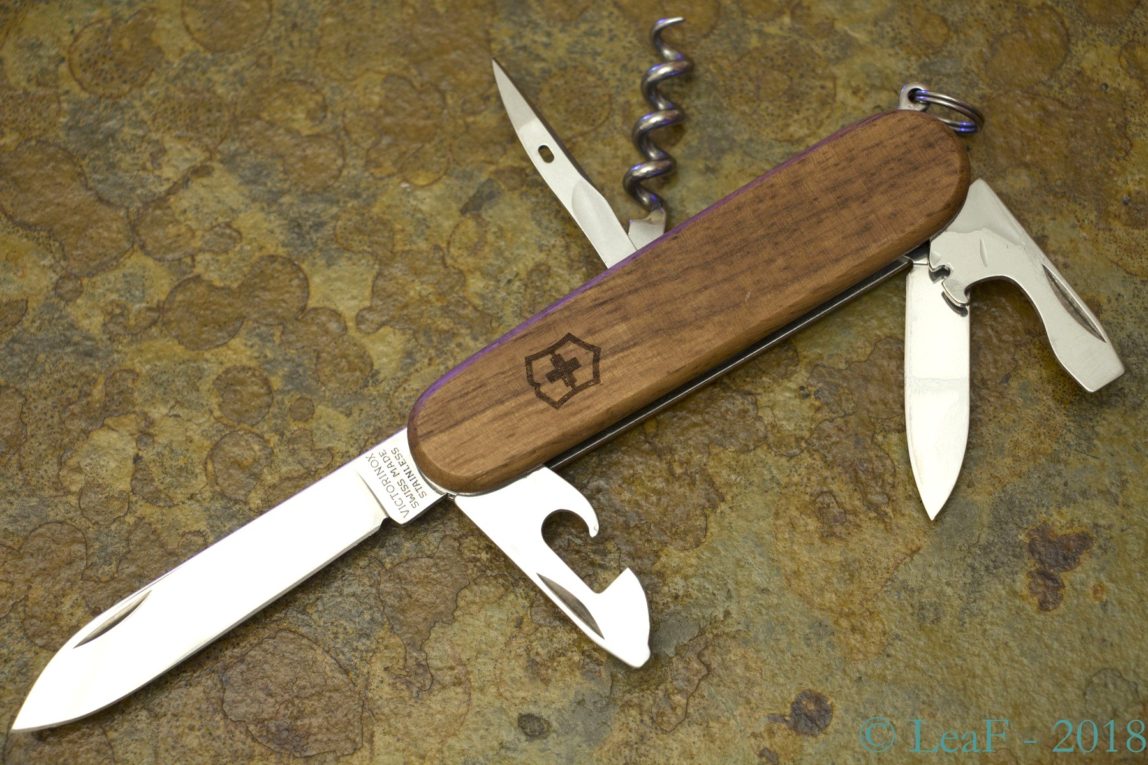 Nil novi sub luna.
Looks like Victorinox company like to use this well-known phrase of ancients as own motto. In previous year (2018) as part of “new” series two knives were released (later on series was extended with one additional knife). I’m talking about ‘Wood series – 2018‘, which originally included Spartan Wood and Huntsman Wood (SwissChamp Wood was released later).
These knives are popular models, but this time they were produced with wooden scales made from walnut instead of cellidor.
Due to the softness of this kind of wood, they were produced without regular in-scales tools (toothpick and tweezers). Models with scales from much solid wood usually are equipped with these tools, – SwissChamp HardWood for instance.
Today’s hero is a first member of ‘Wood series – 2018‘ is a Spartan Wood, 1.3601.63
Photos: 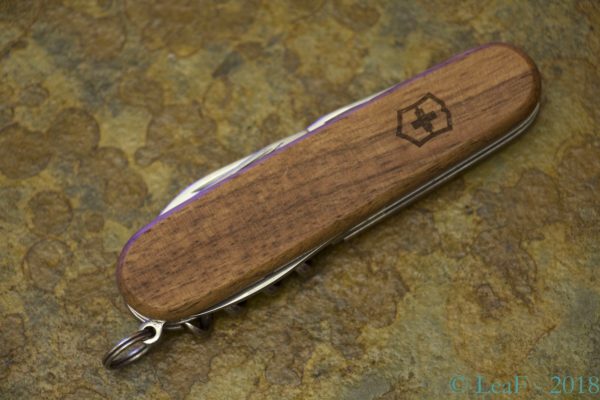 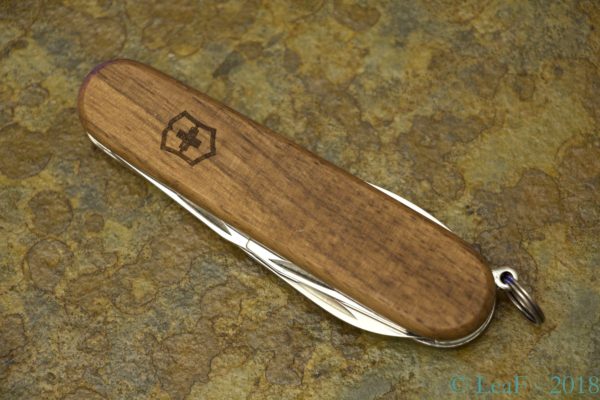 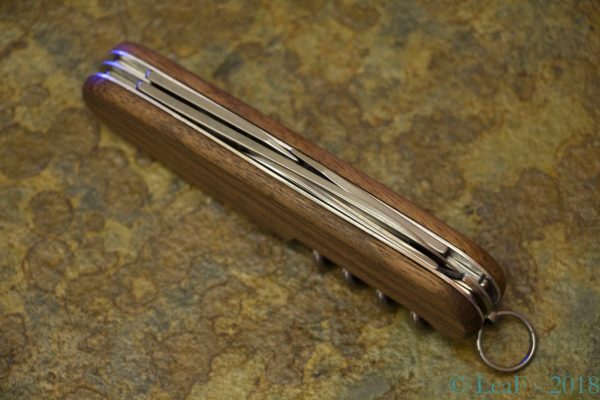 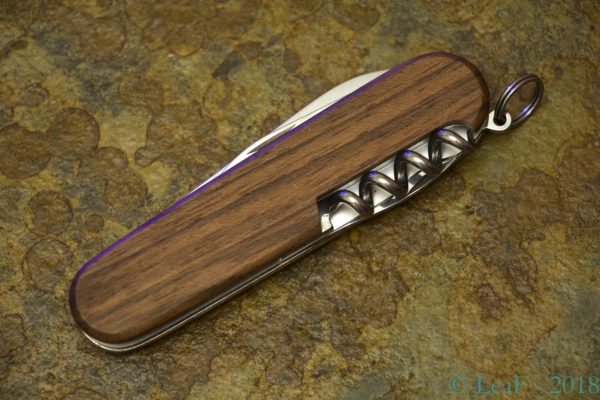 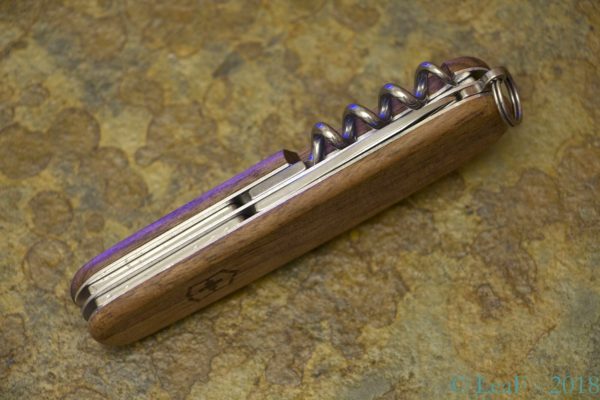 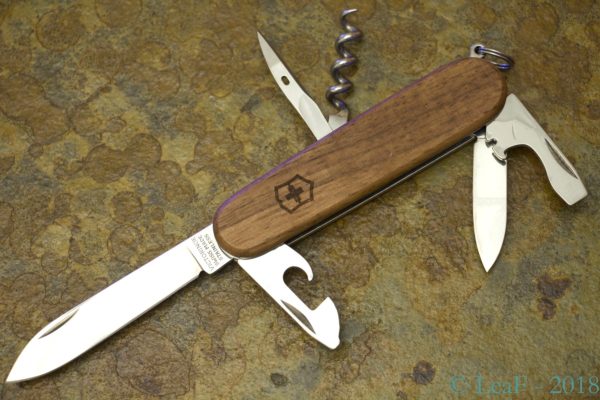 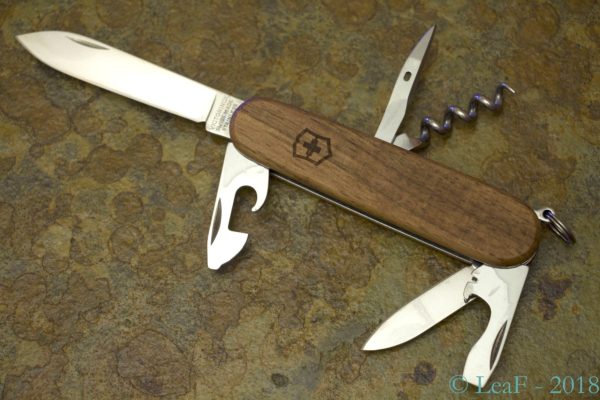 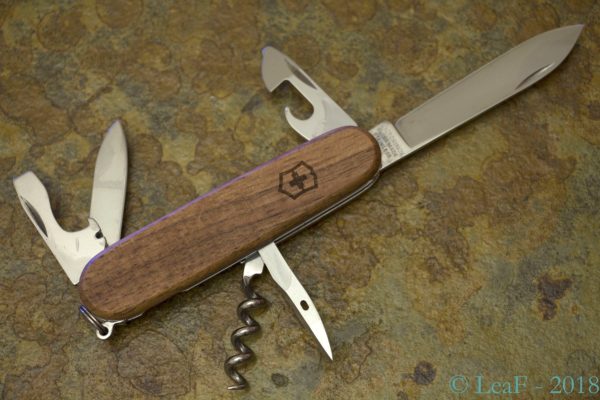 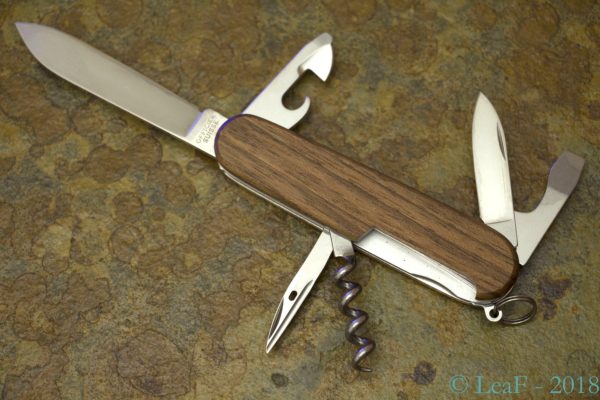 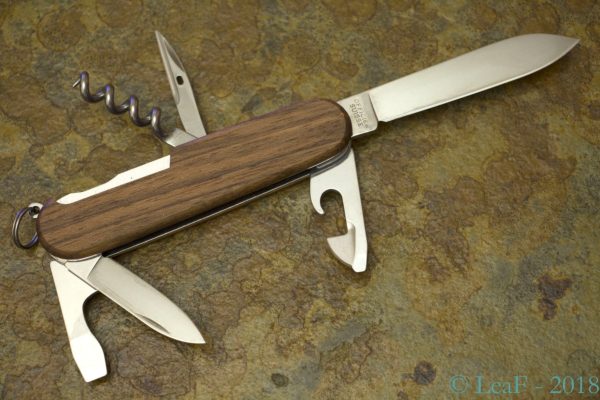 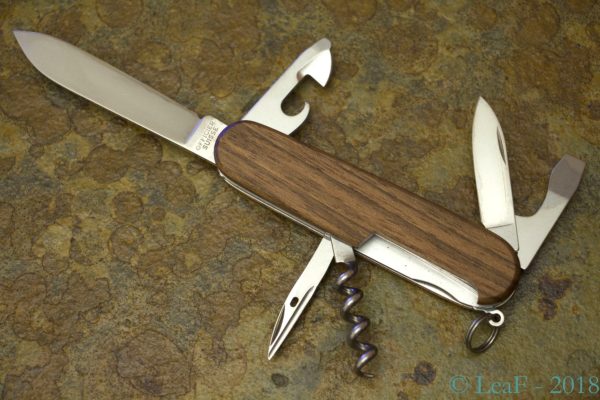 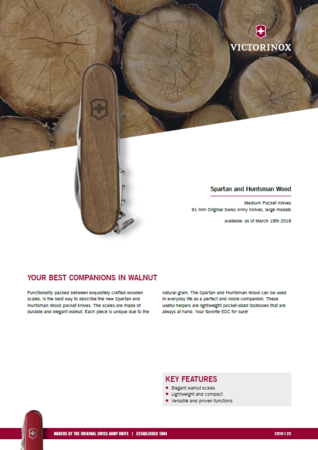