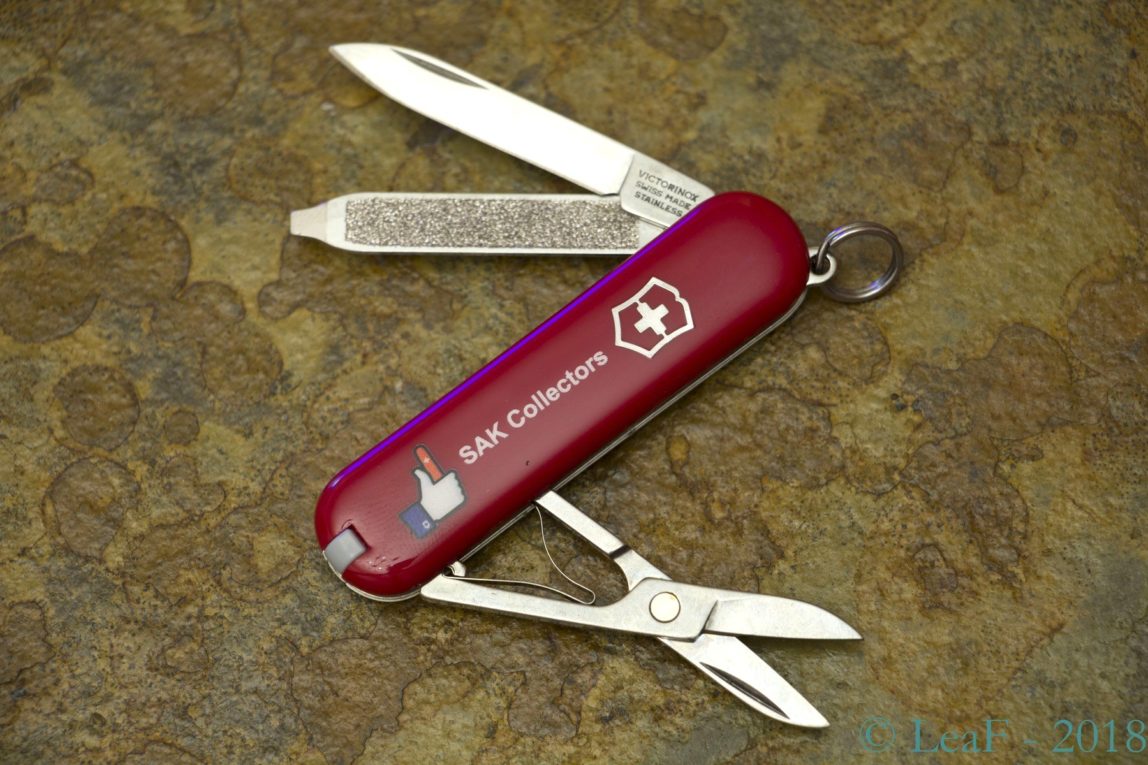 There are a lot of different groups and societies of SAK’s collectors over the web. During last few years many such groups migrated from regular forums to different social networks. Probably the biggest of these foundations is a Facebook group, which called ‘Swiss Army Knife collectors‘ (unfortunately group ‘leaf-vics‘ isn’t so popular yet 🙁 ).
In order to popularize this group a little bit more, few small models with appropriate advertisements were released.
One of these knives became a part of my collection recently – Classic SD.
Photos: 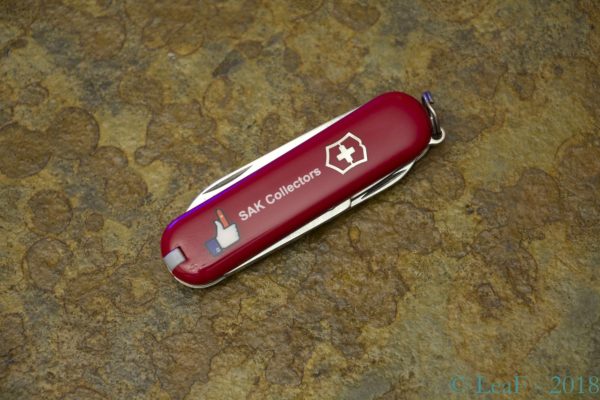 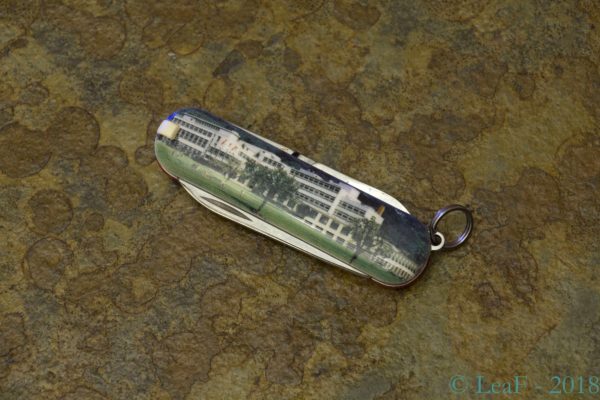 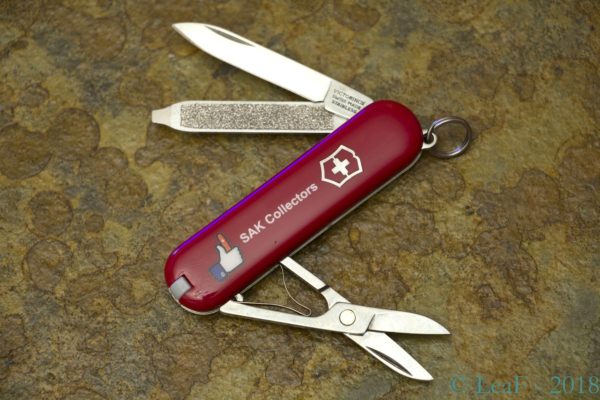 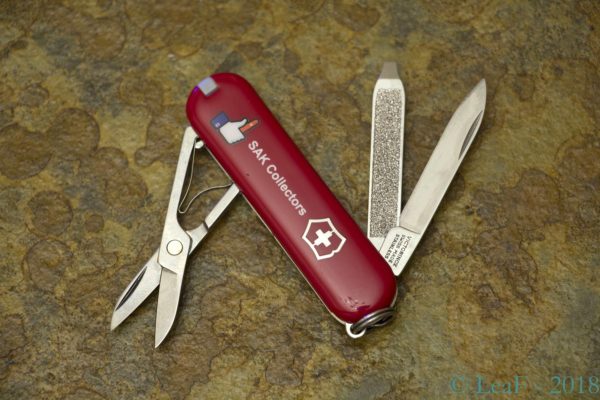 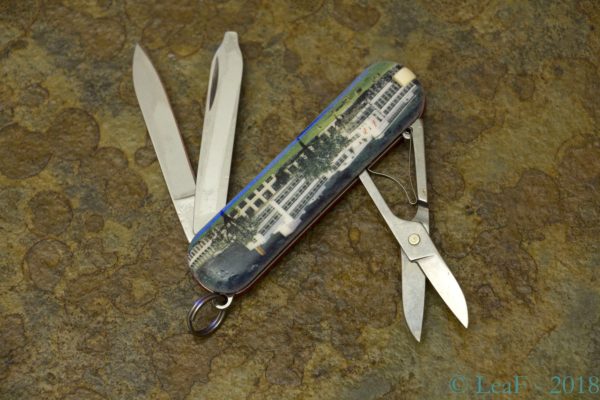 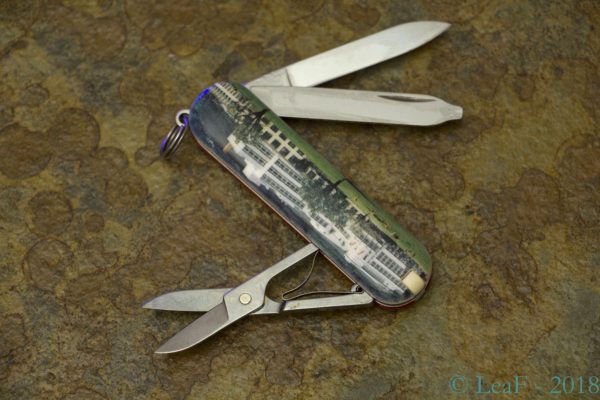