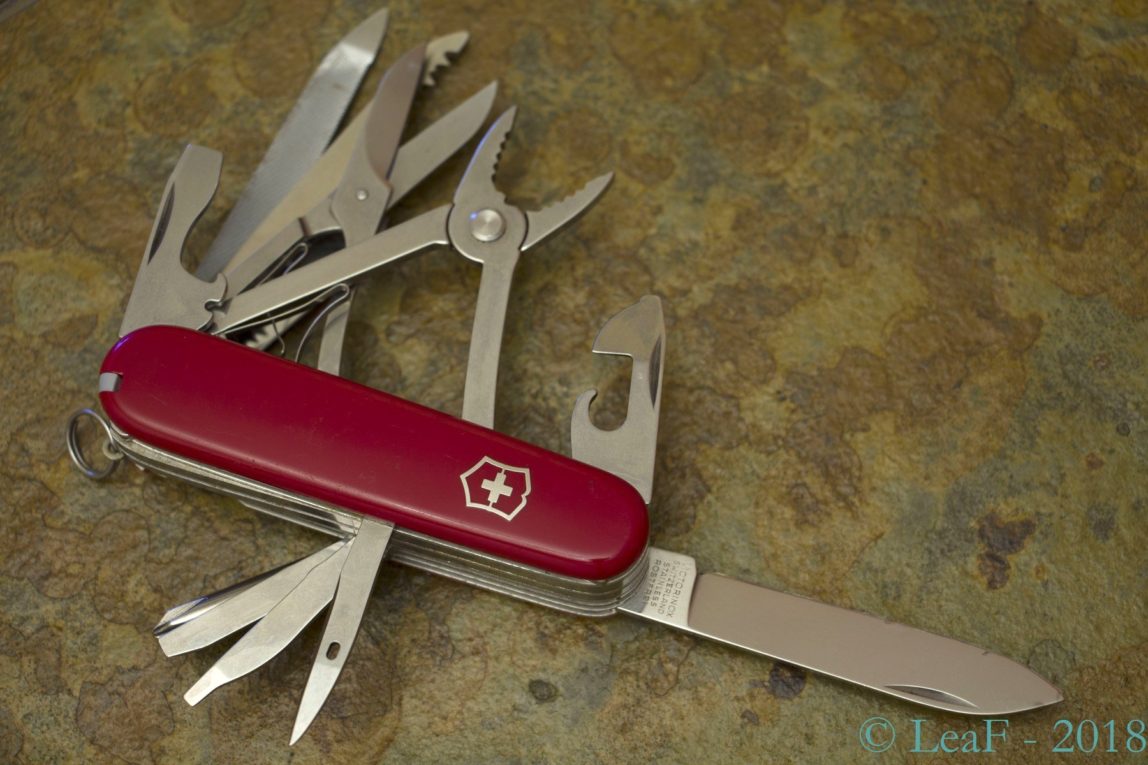 Victorinox Craftsman is a big (six-layered) knife in 91-mm format, which has undergone many changes during years of production.
First version of this knife has a fish-scaler tool, pliers were added later (approx. in 1986), later on were added chisel and hook.
As you can see from pictures, it has a second generation of pliers (without crimper).
Interesting fact: in old Victorinox catalogs name Craftsman was used for model which later on was renamed to Fieldmaster (see picture below)
Photos: 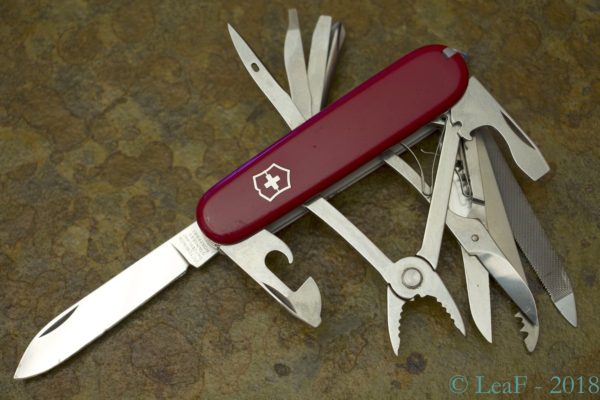 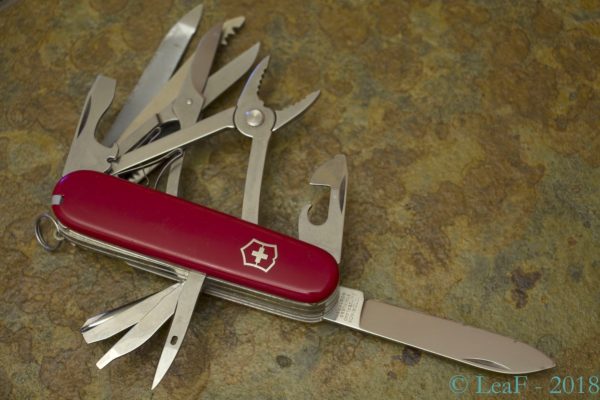 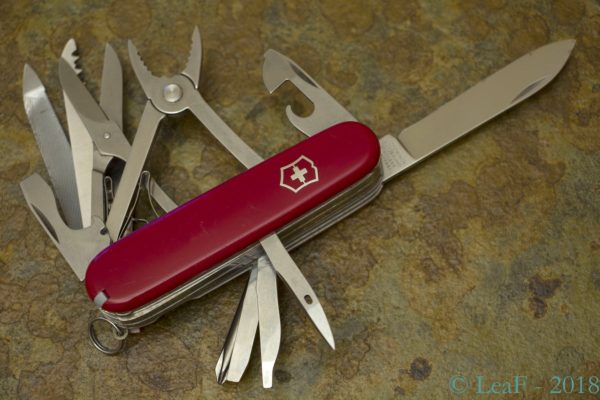 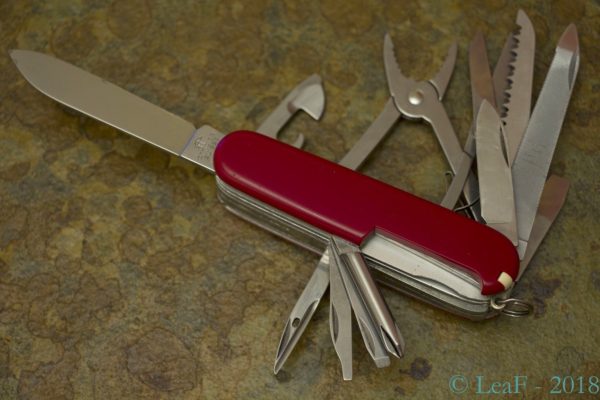 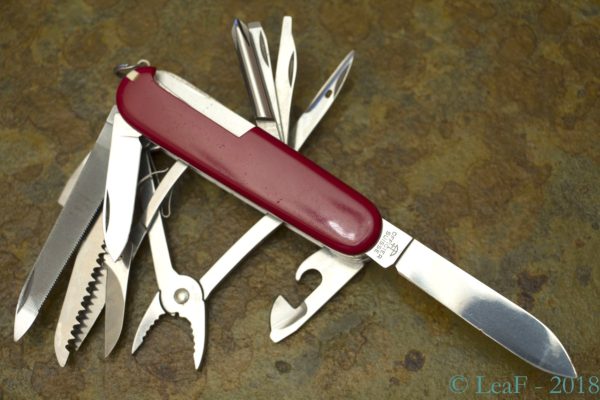 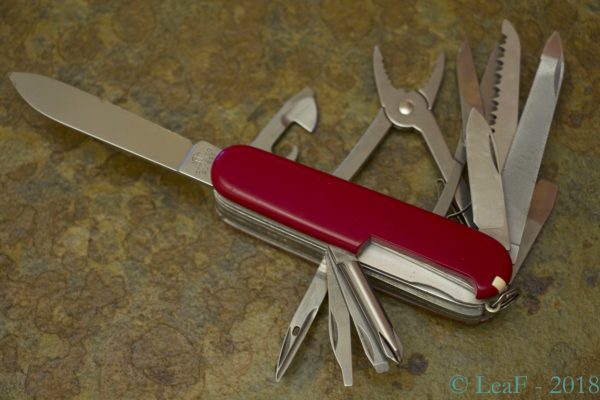 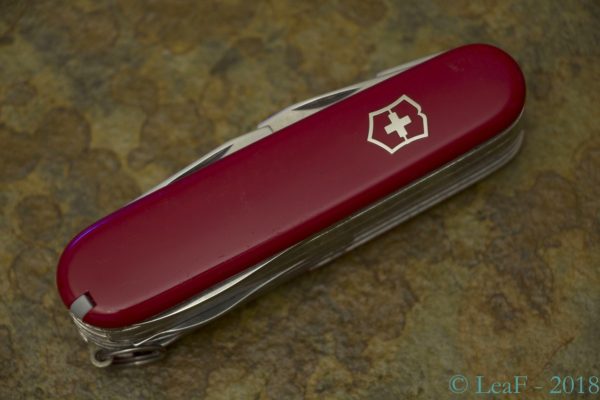 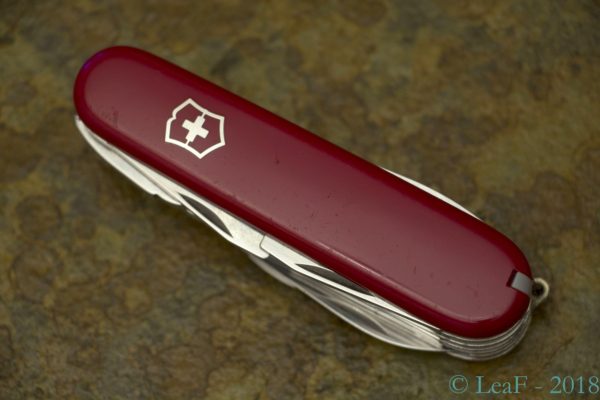 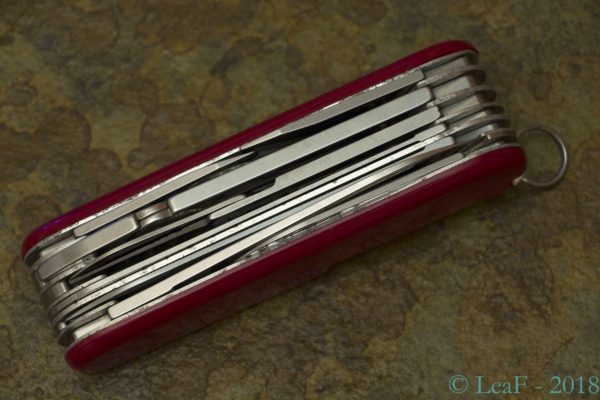 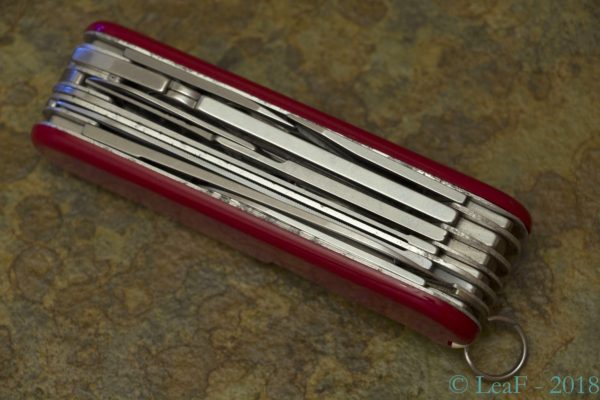 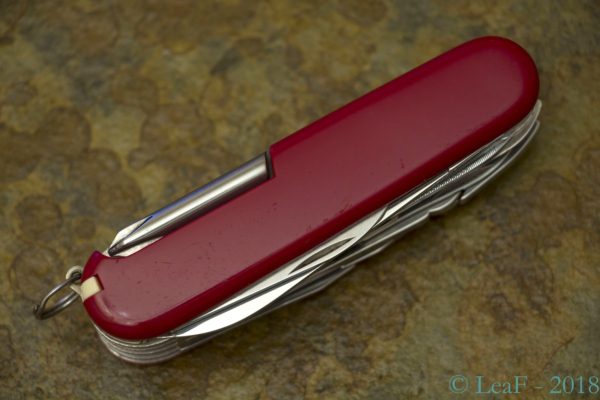 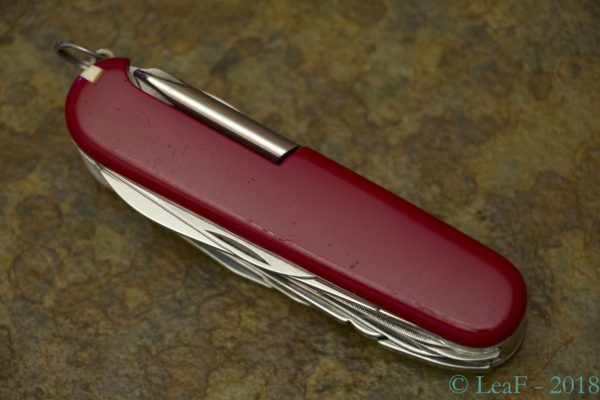 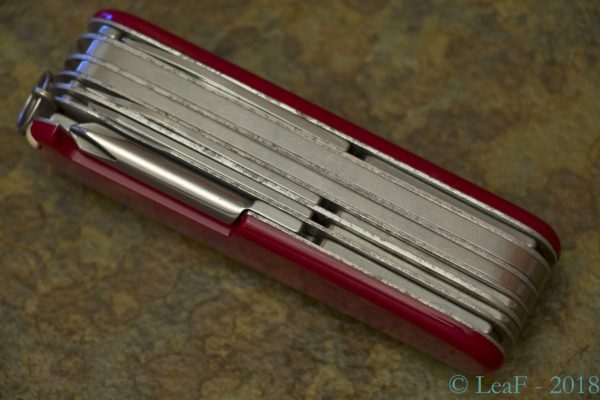 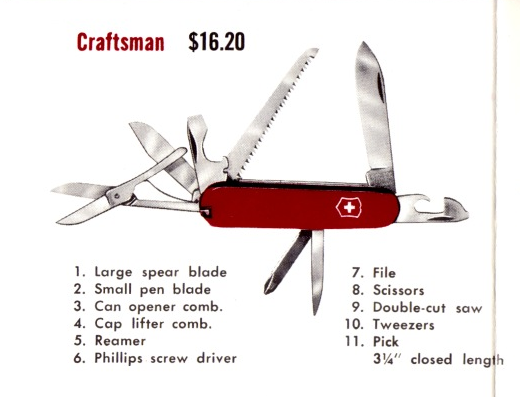 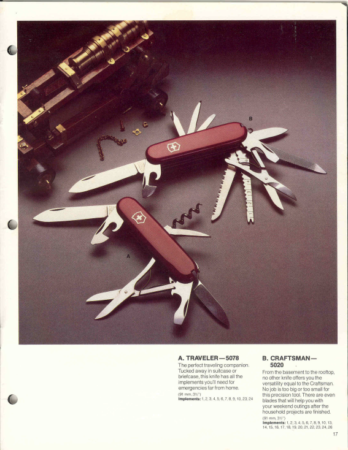 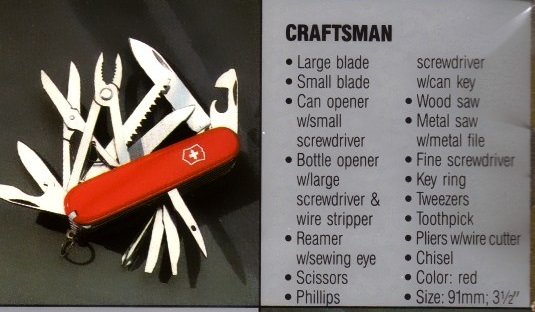