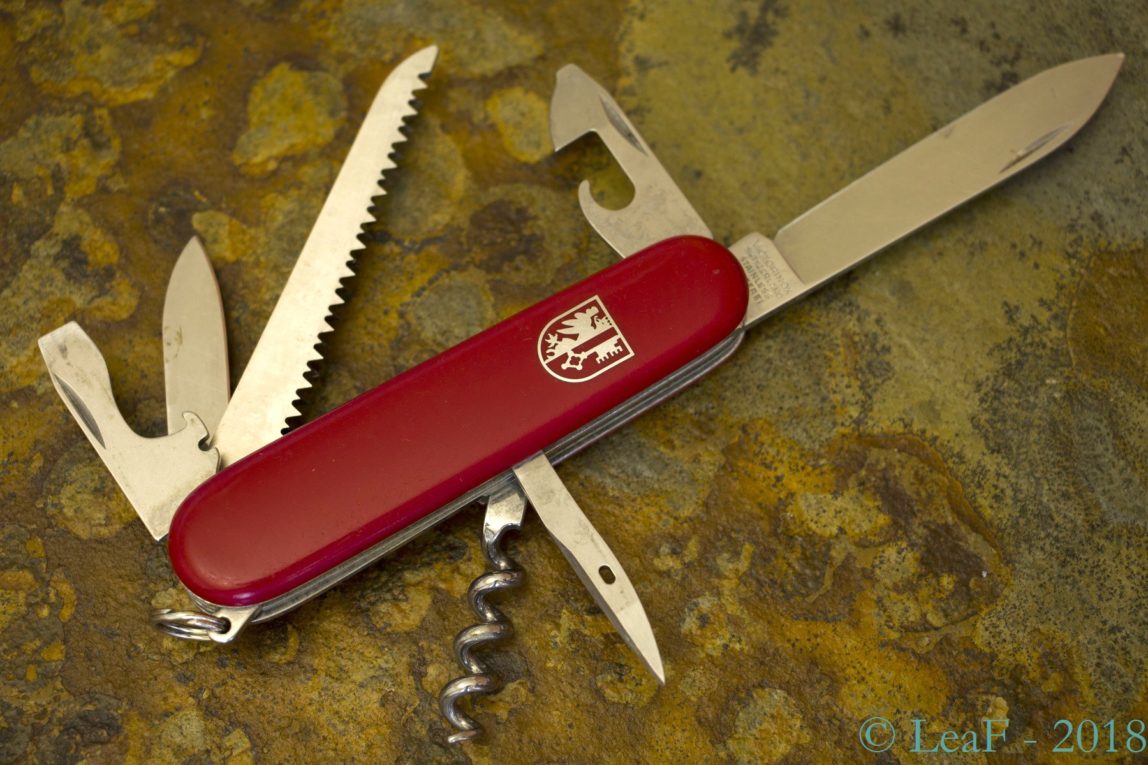 The Victorinox Camper is a 91-mm model with three layers of tools, which was produced over a extended period (at the beginning it was known as Model 235). Modern Campers exists with the inlaid logo ‘Camping’ and without it, but except these variations, some special versions with advertisement are known.
This Camper has an interesting logo (looks like coat of arms of some city) instead of habitual shield with cross and don’t in-scale tools. Can anybody help with identifying?

UPDATE: It’s a flag of Canton de Geneve, Switzerland. Special thanks to Adalbert Muller from Facebook! 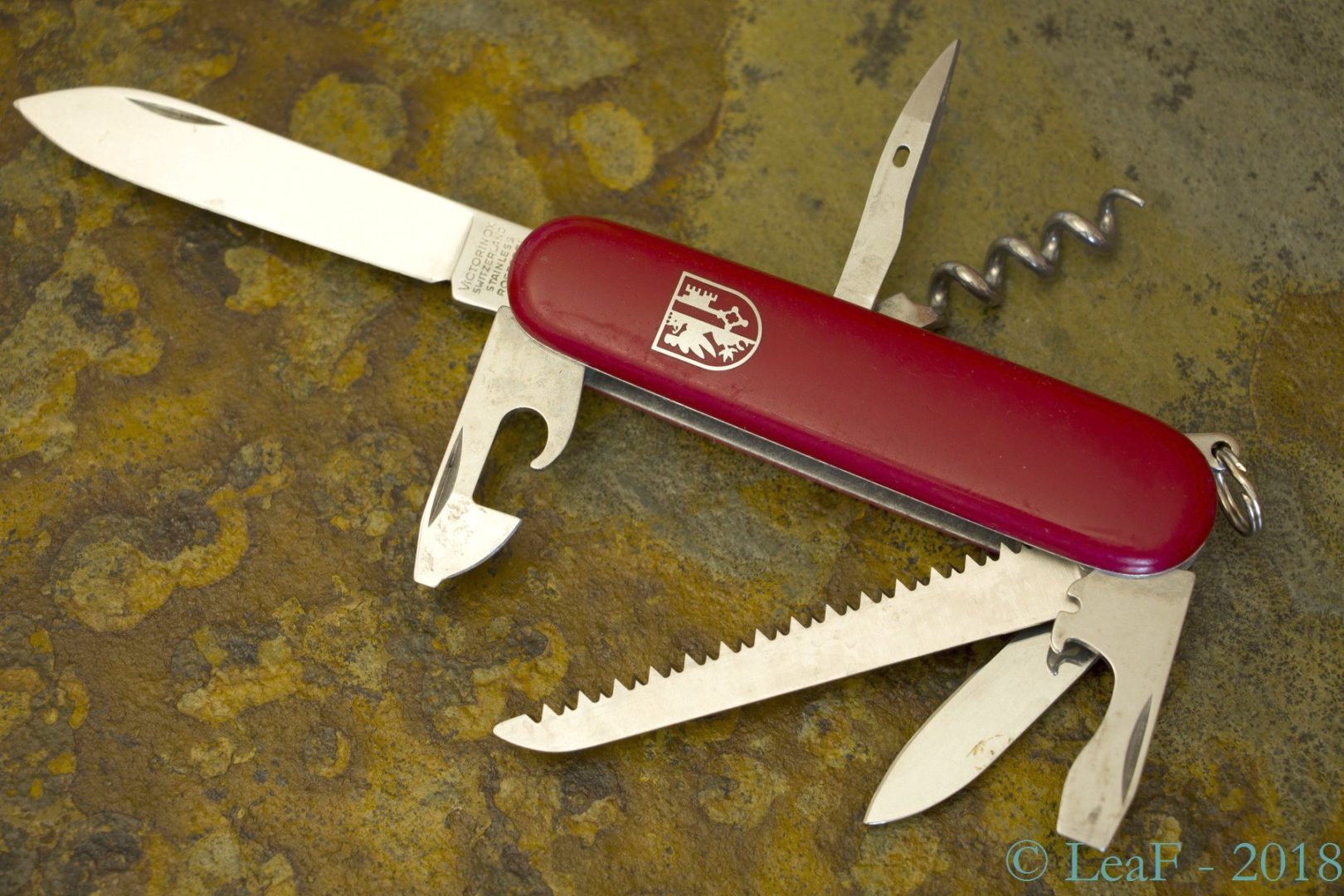 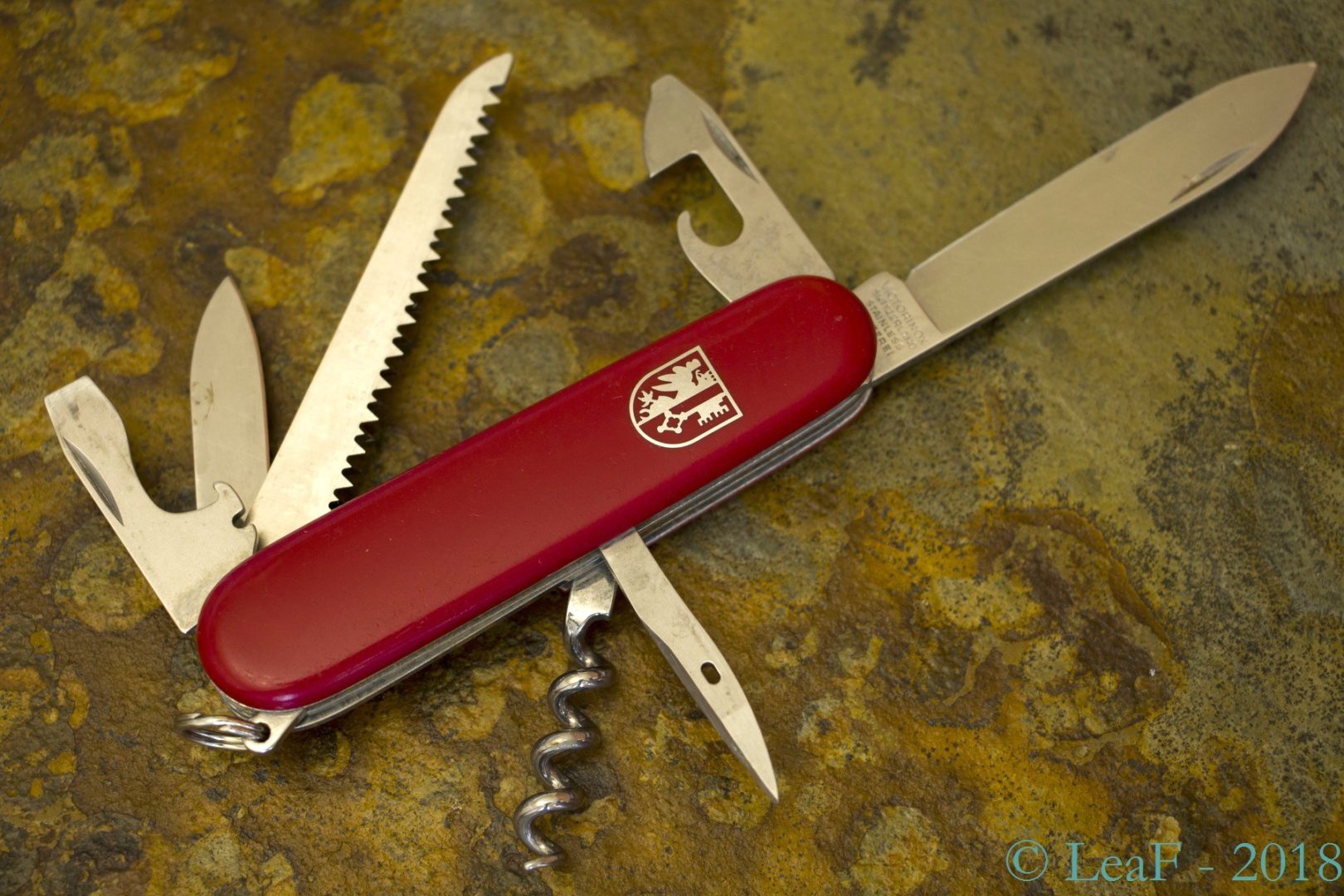 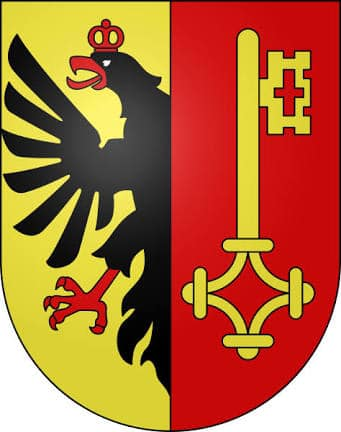 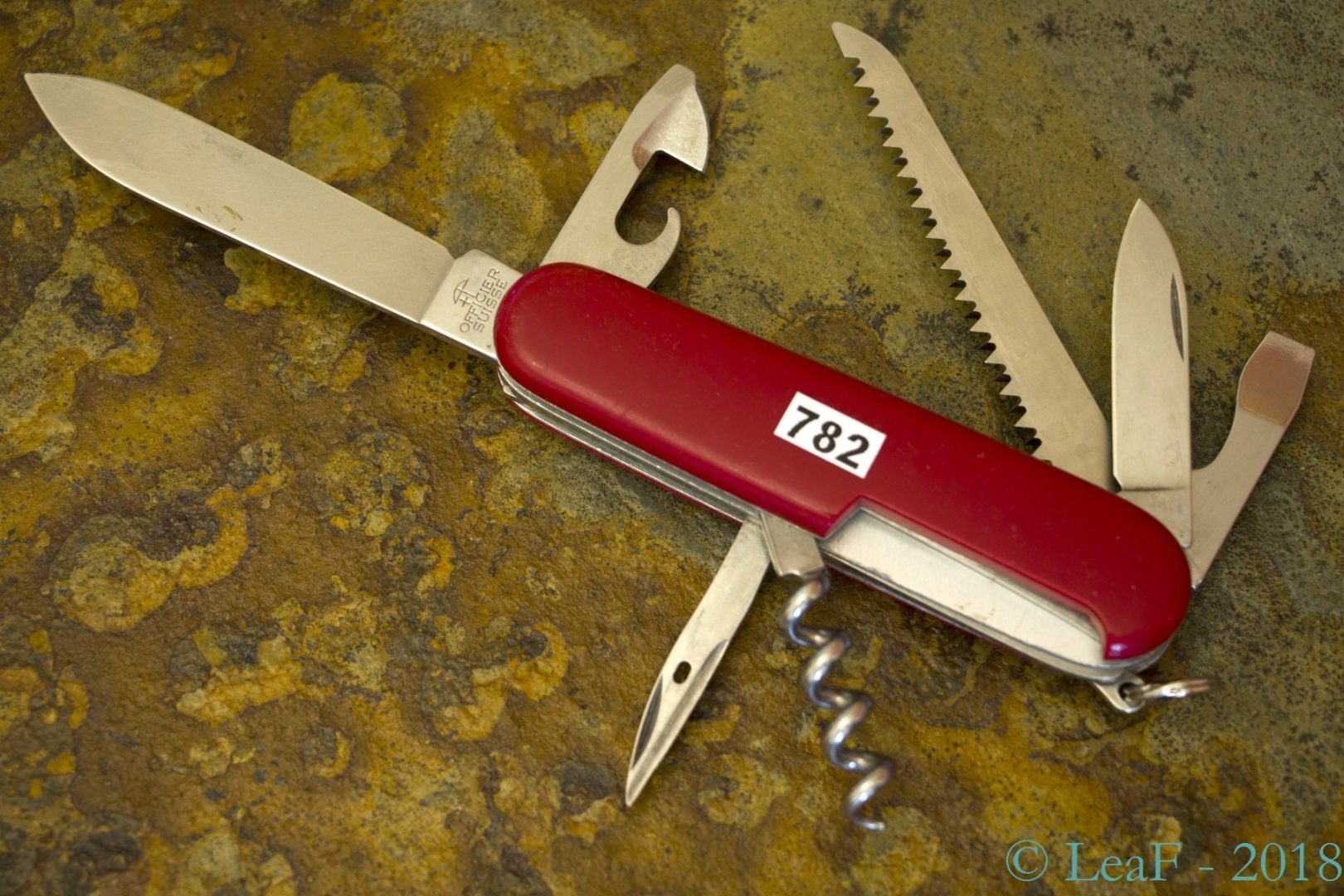 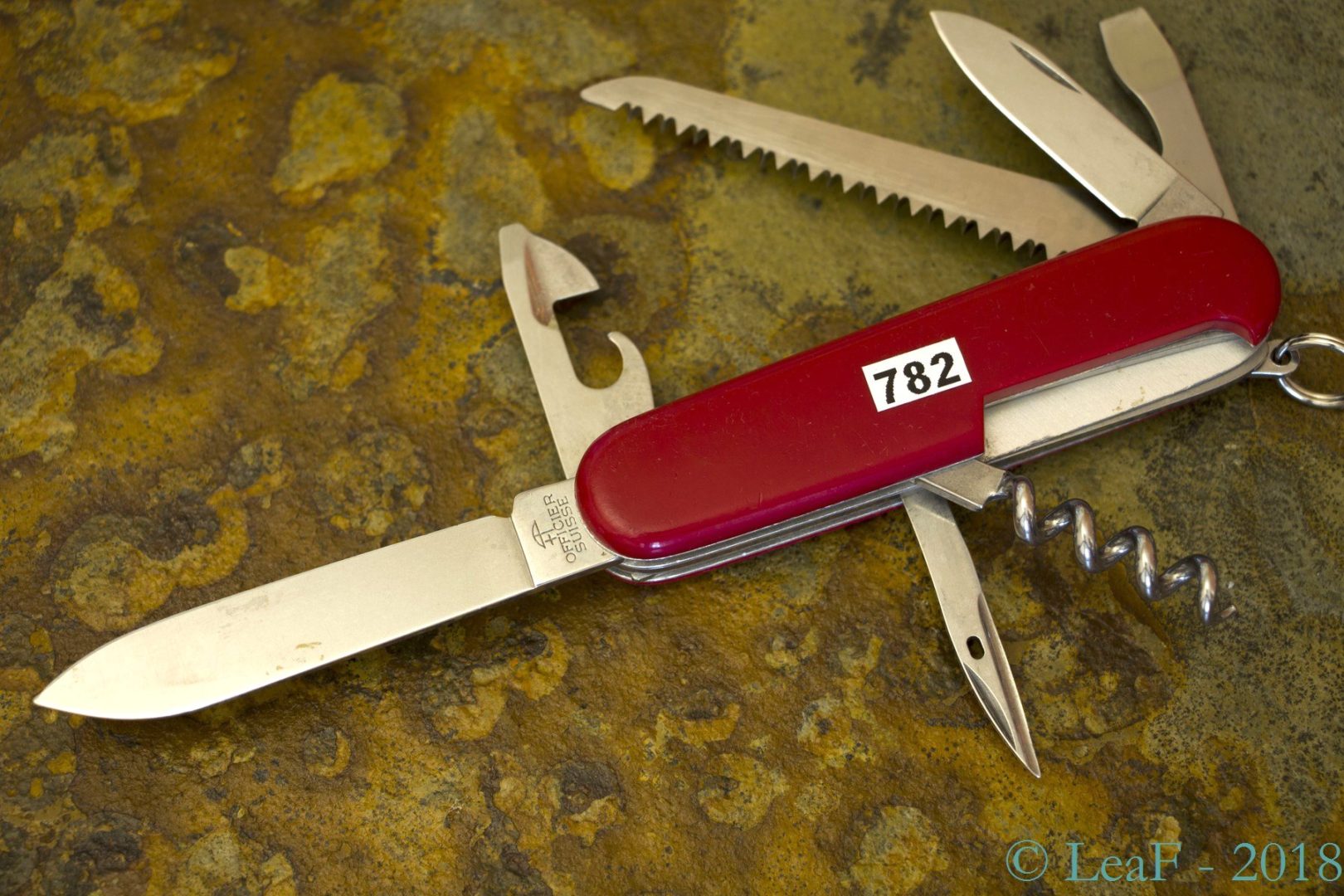 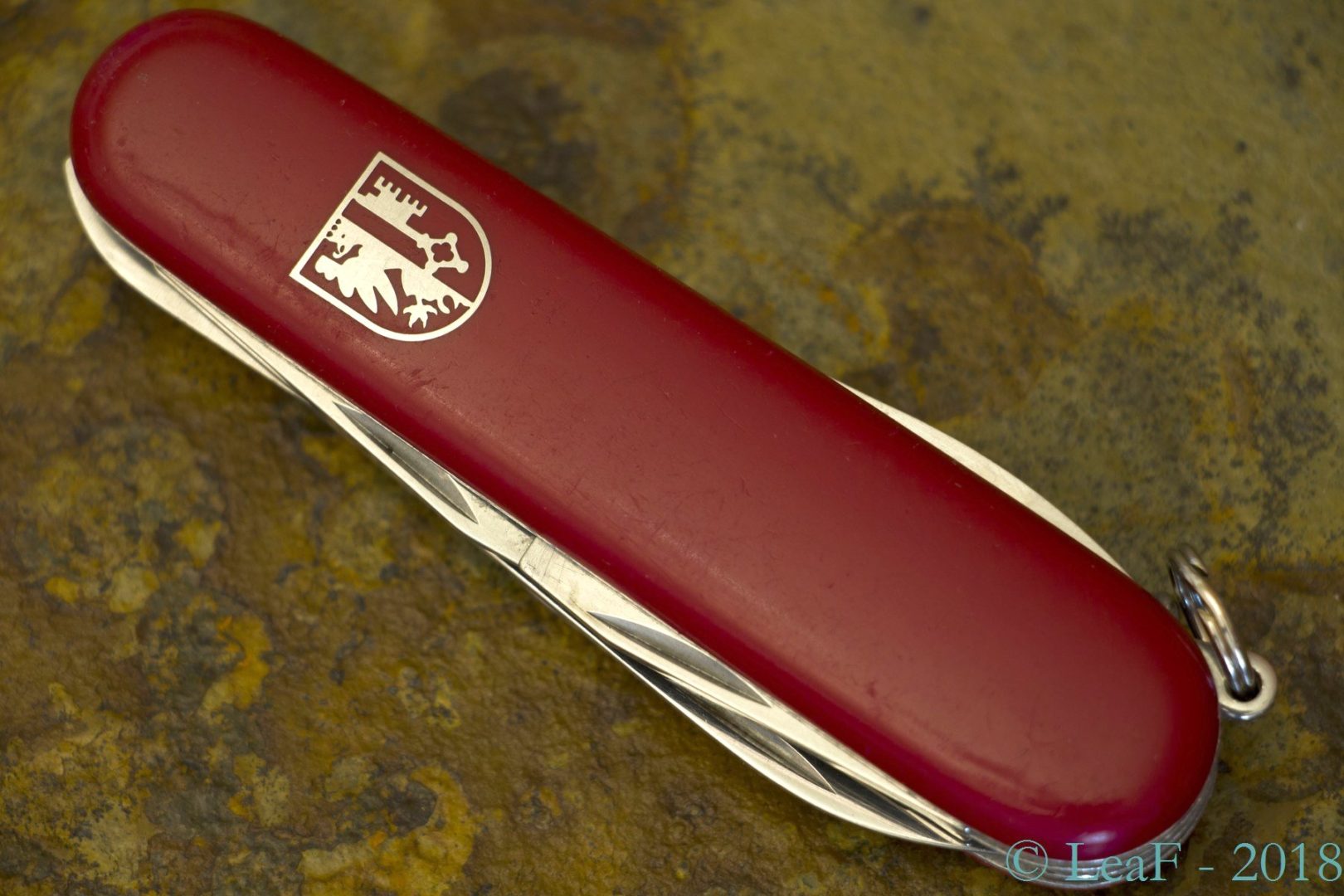 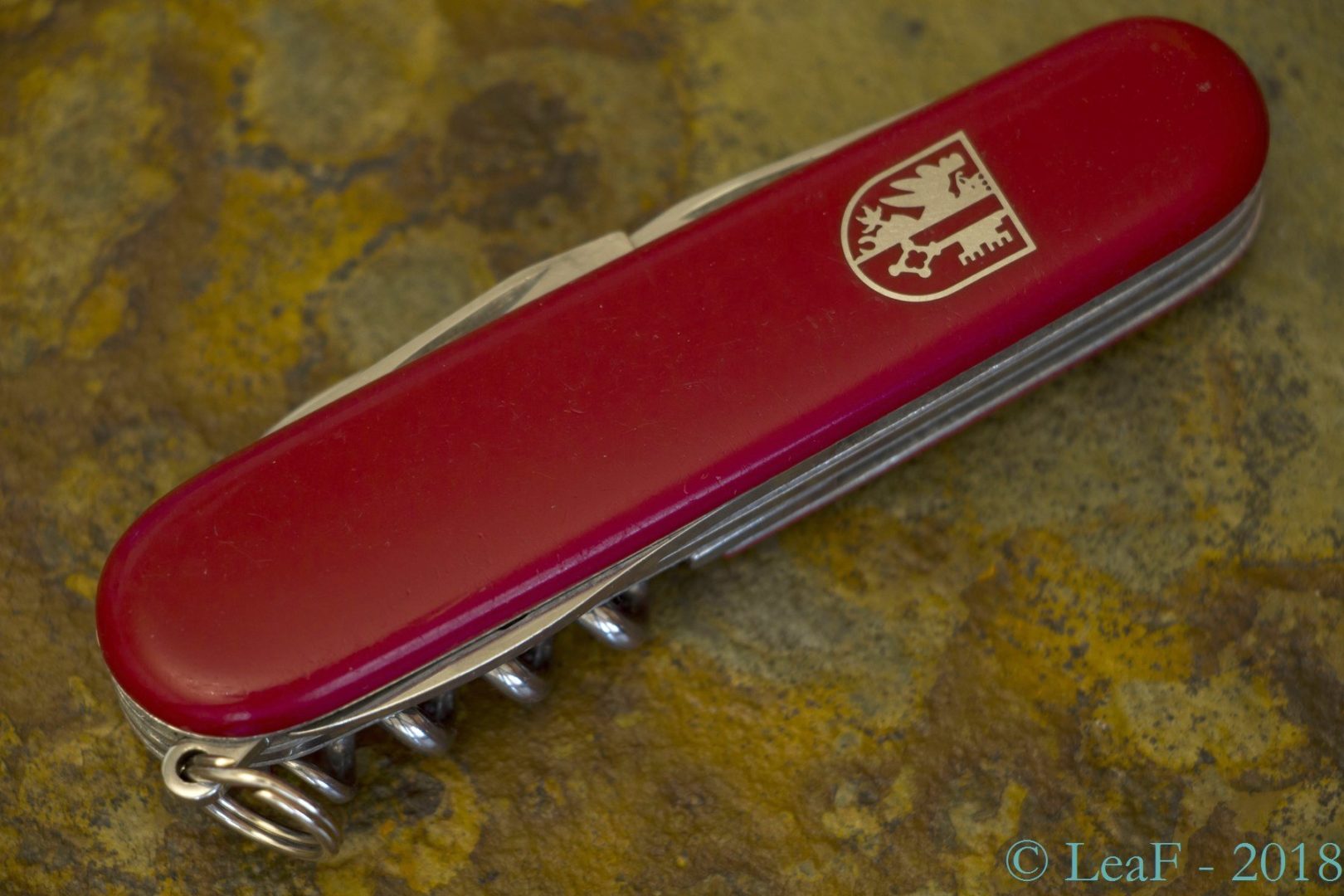 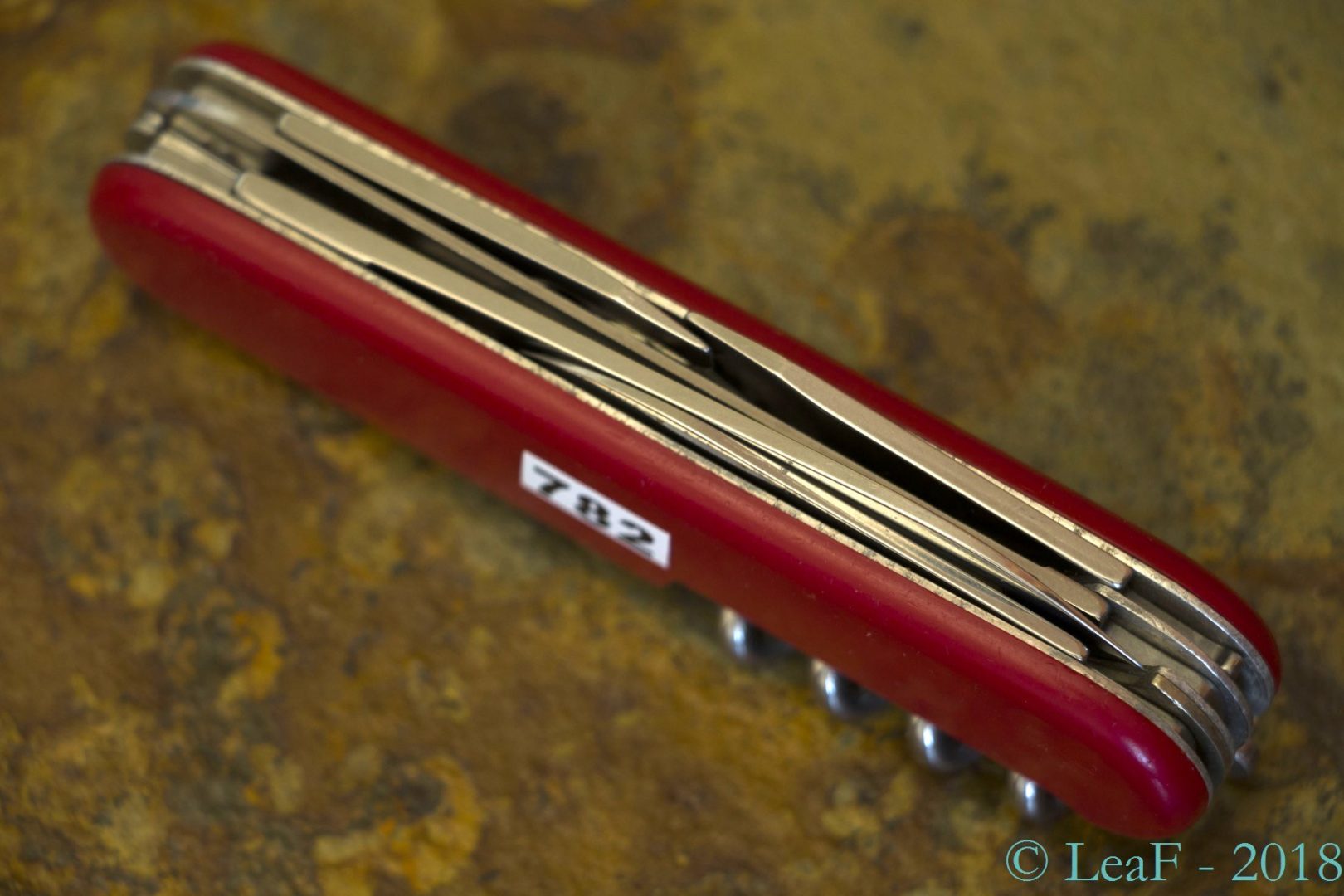 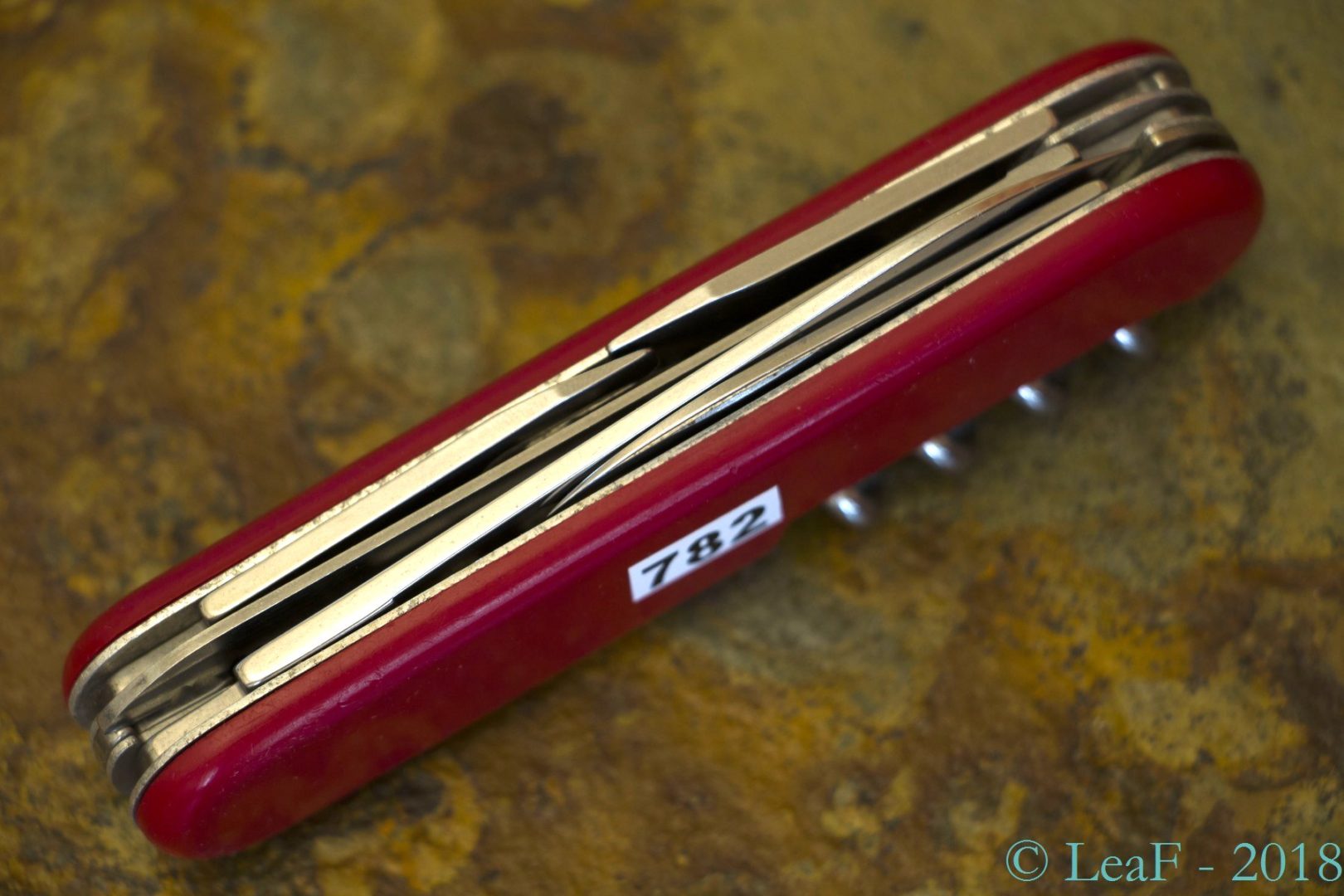 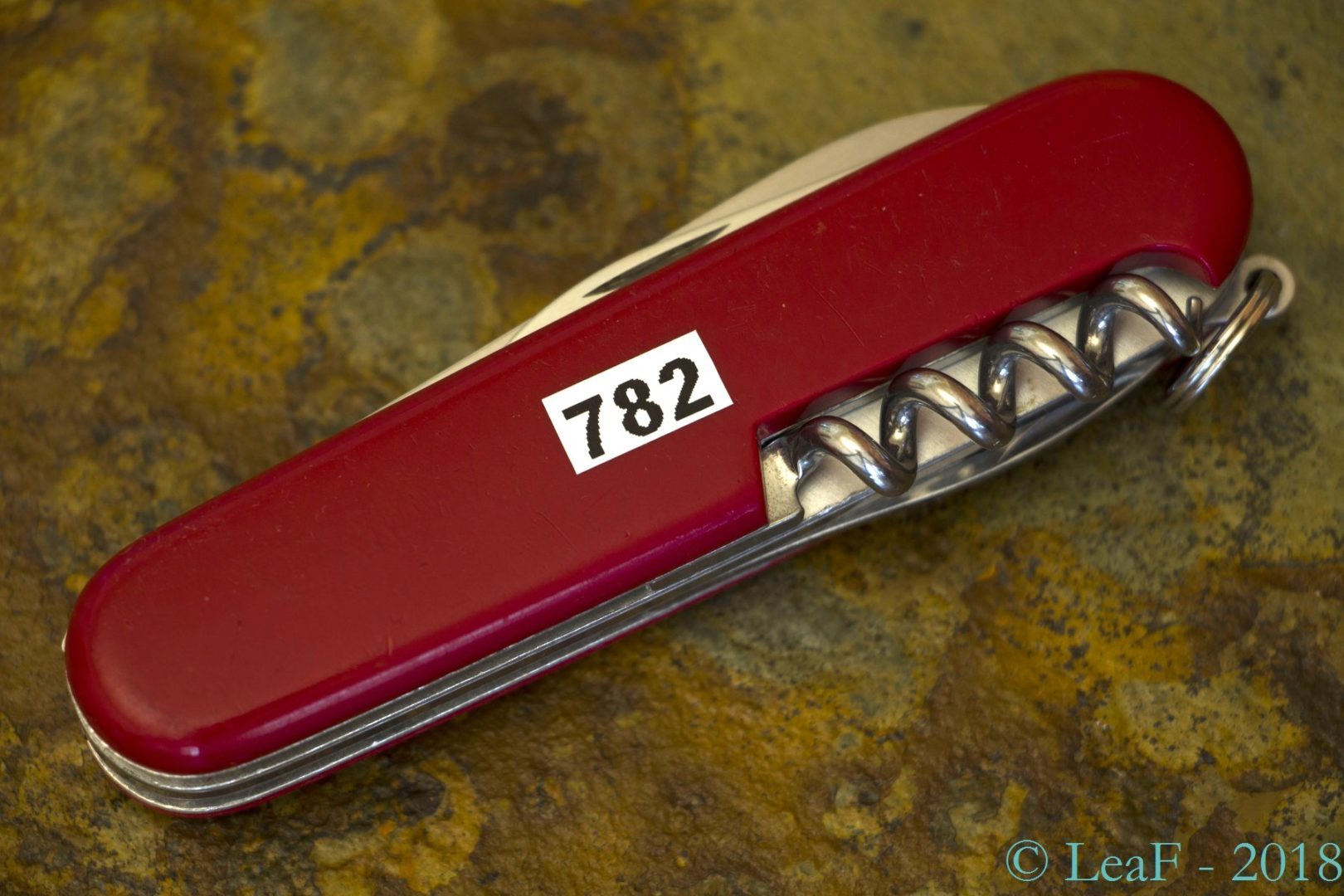 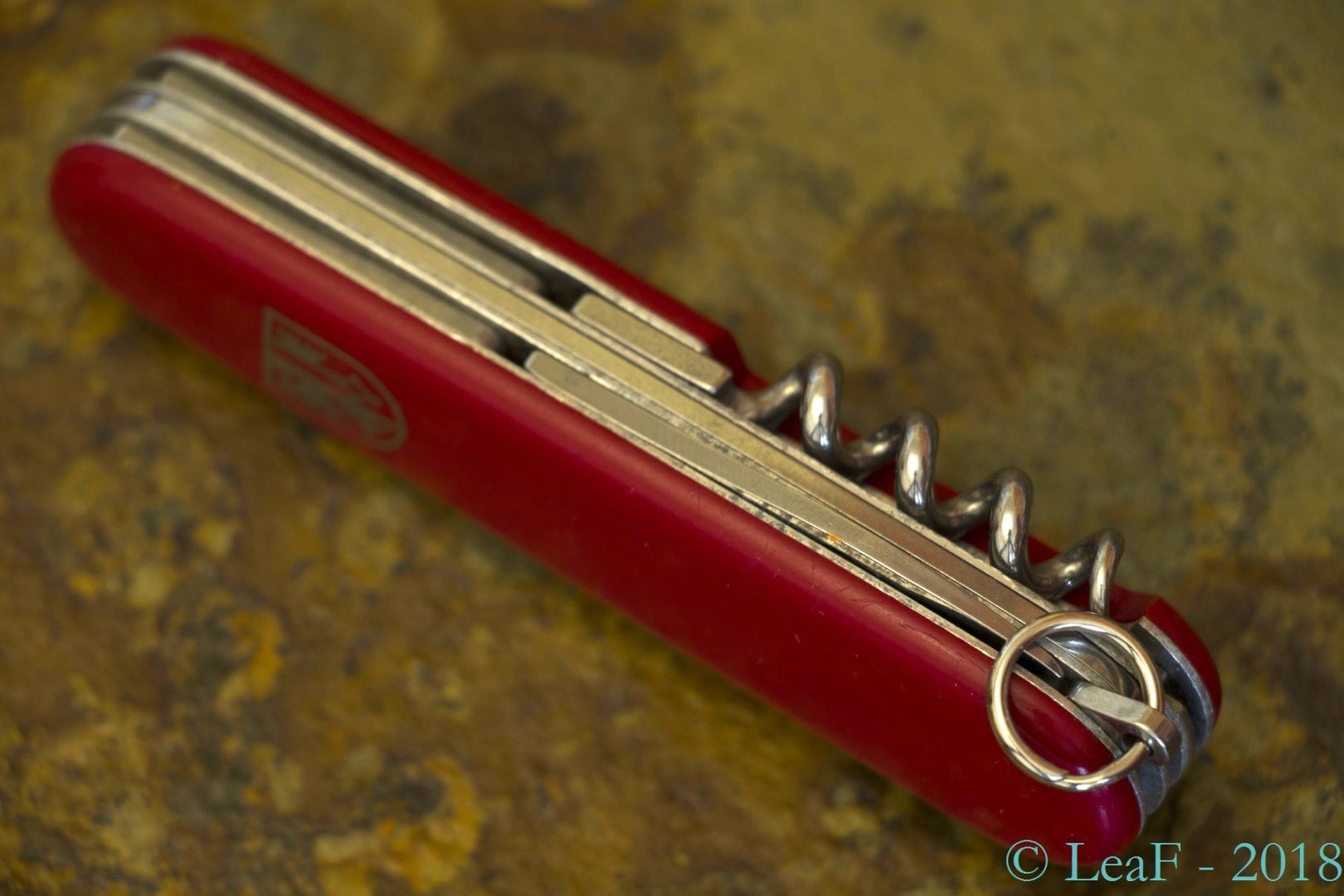 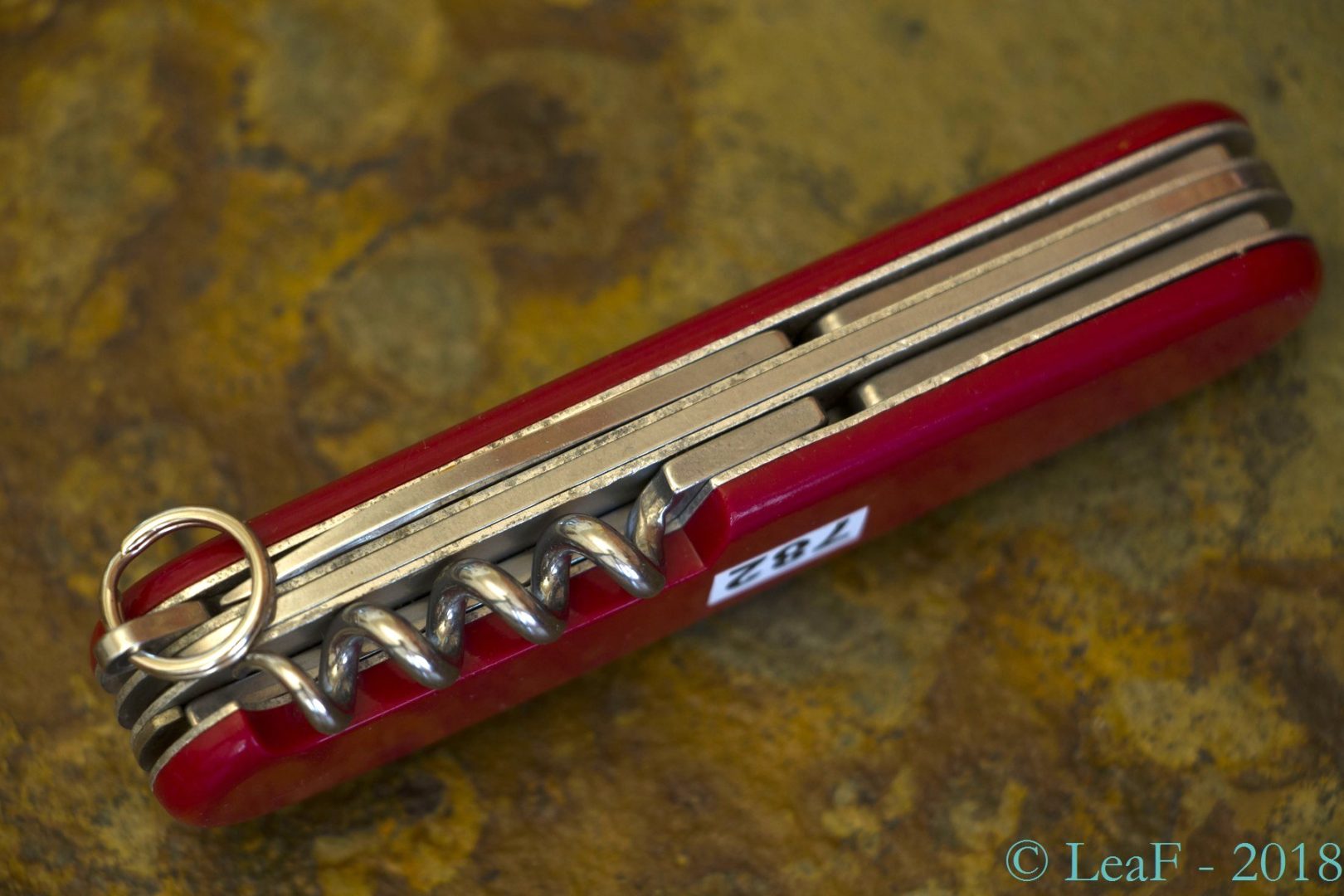