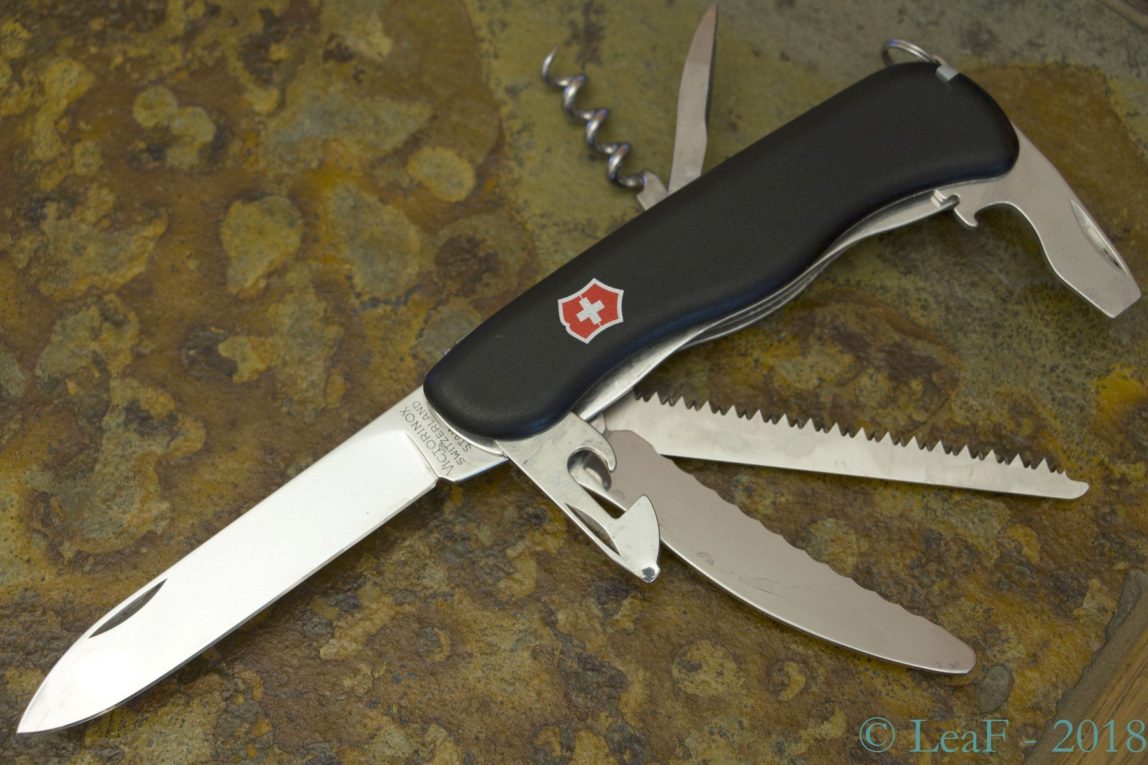 Victorinox Fireman (111-mm) probably only one model, which was produced with two types of locking mechanism under the same name.
I specially noticed that I mean 111-mm model, because (as you probably already guessed), another model with the same name was exists in 108-mm line up. Nothing personal, just Victorinox’s practice of naming  😳
Originally Fireman 111-mm was developed as slide-lock model, now this variation is pretty rare and valuable.
Later one, model evolved into liner-lock one, but name remains the same.
As you can see from pictures below, my variation has back-tang with text ‘DE-GM 9305297‘ (patent number for locking mechanism)
Interesting fact: slide-lock and liner-lock models were equipped with different types of belt-cutter. Fireman Slide-lock used belt-cutter, which was developed for 108-mm models (for instance, check this Swiss Shark); later variation with liner-lock used new variation of this tool, specially designed for 111-mm series. Have you ever noticed this thing before?
Photos: 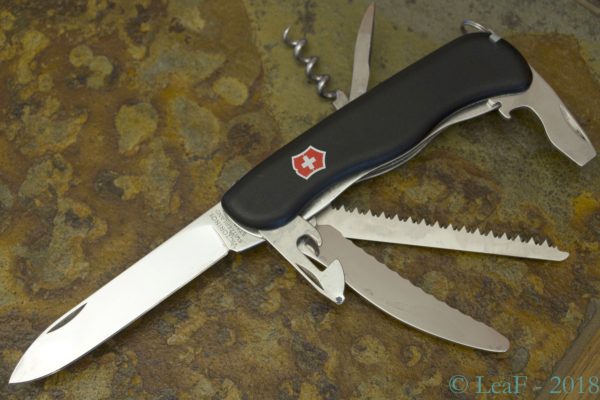 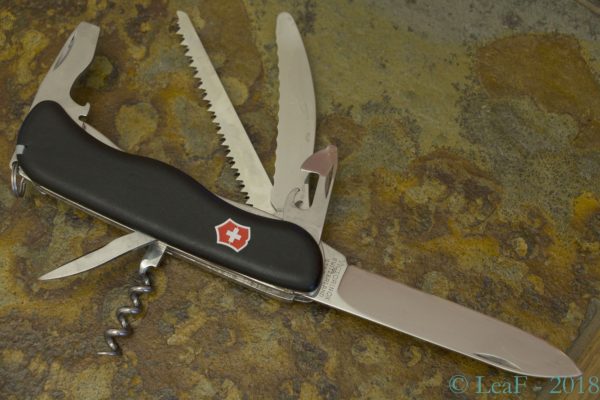 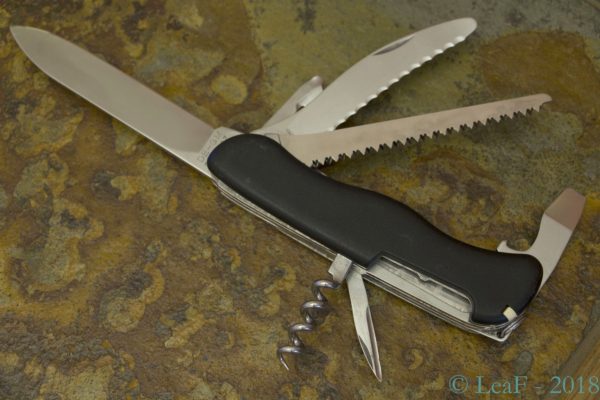 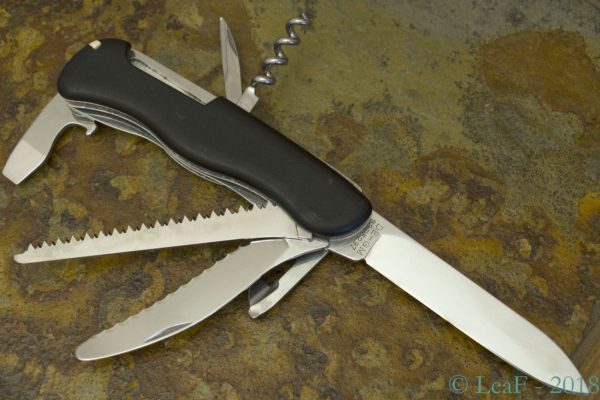 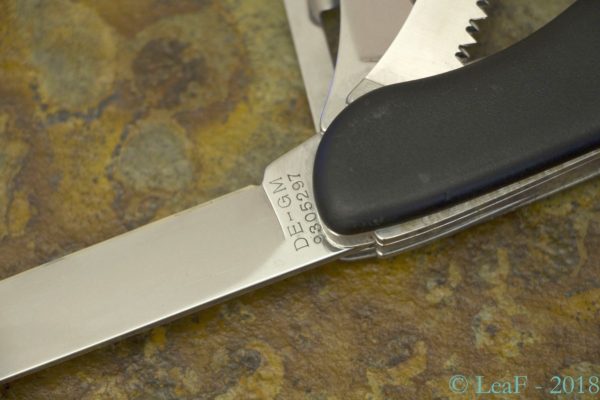 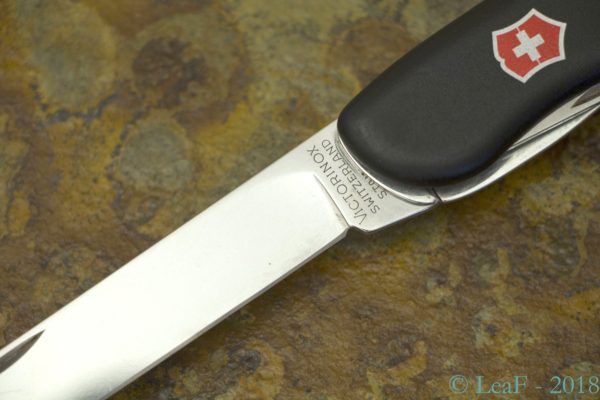 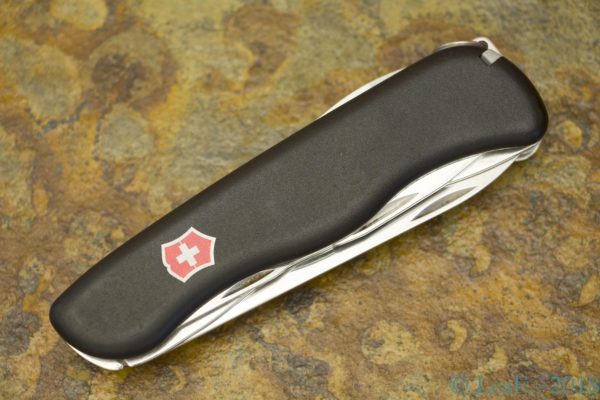 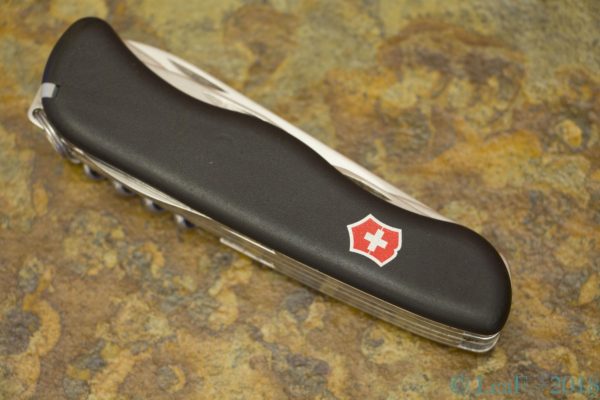 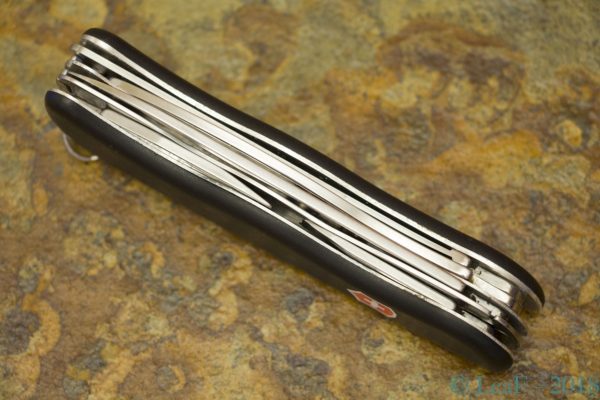 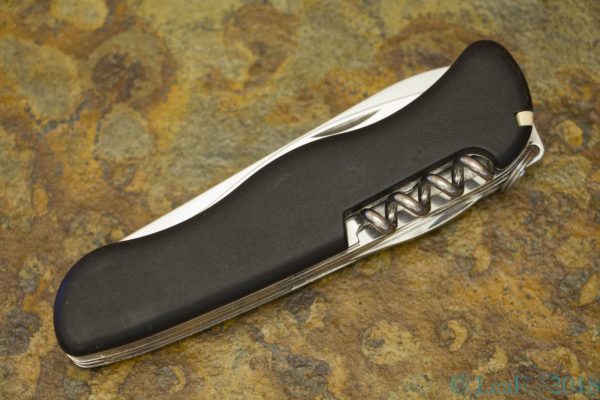 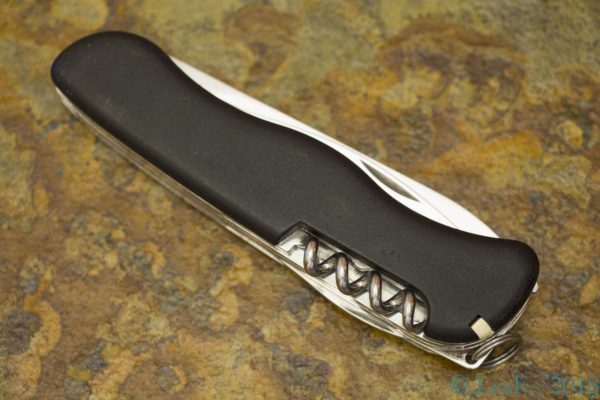 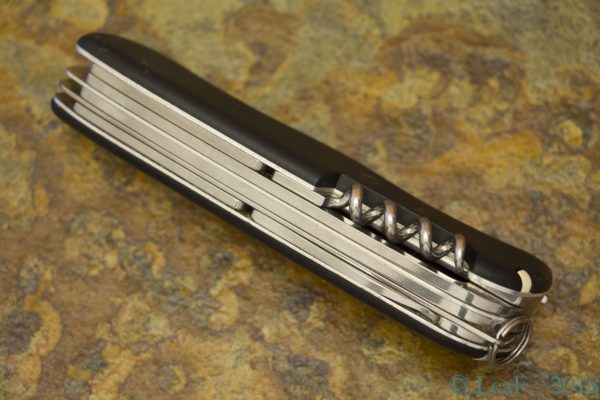 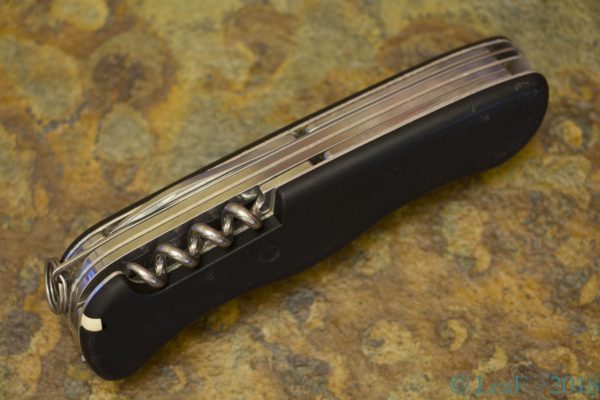