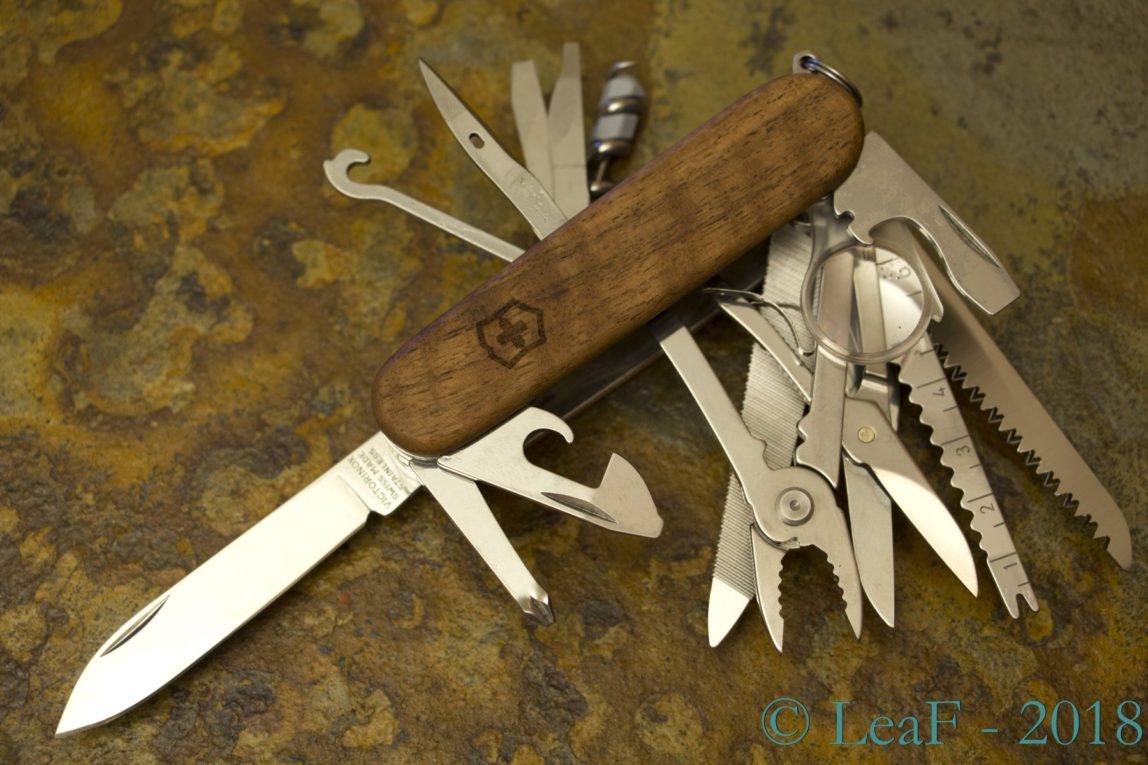 Two months before I’ve reviewed two ‘new’ models, released by Victorinox in 2018. I’m talking about series ‘Wood series – 2018‘, which initially included two well-known models, but with wooden scales: Spartan Wood (1.3601.63) and Huntsman Wood (1.3711.63). Official press-release regarding this run is available here.
Later on, this series was updated by releasing another member – SwissChamp Wood (1.6791.63). This version looks very closely to another variation of wooden scales’ SwissChamp – Hardwood (1.6794.69), but shade of scales is different due to another nature of different wood. Another difference in absence of toothpick and tweezers in newer model, probably reason of this fact is different density / softness of used wood as well.
In 2019 Victorinox is continuing with practice of releasing existing models with wooden scales: Classic SD Wood (0.6221.63) and Hiker Wood (1.4611.63) already available in online stores, two other LE models will be released soon. Related press-releases from Victorinox you can find on this page.
Photos: 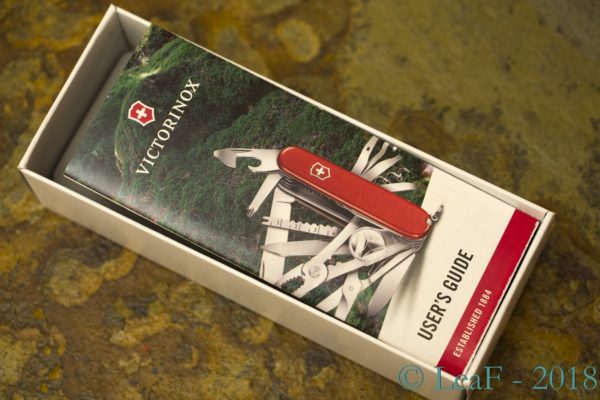 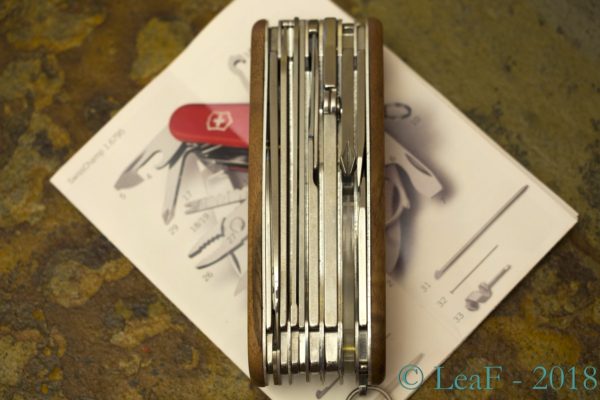 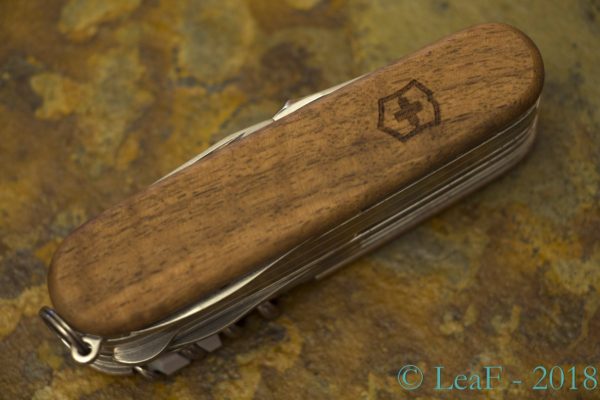 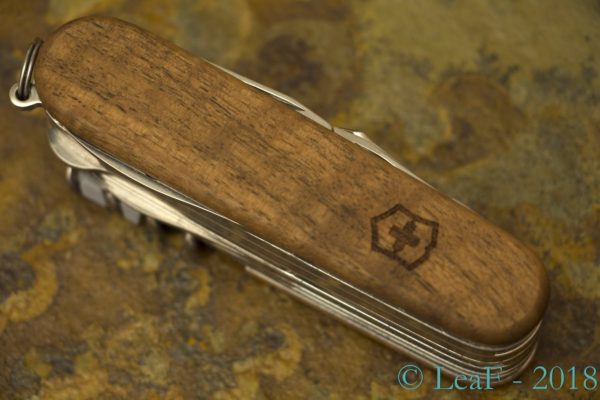 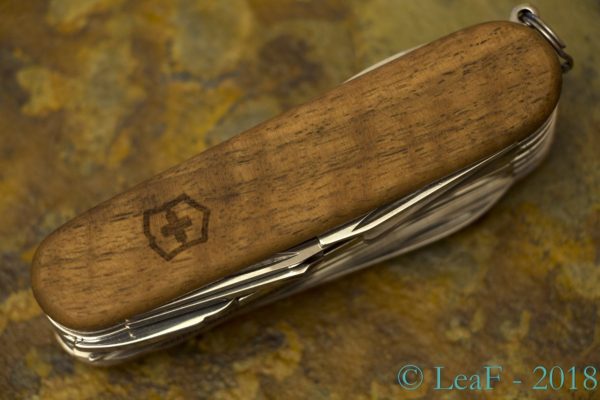 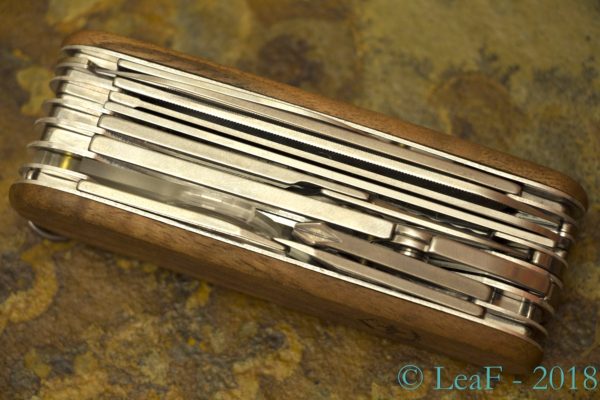 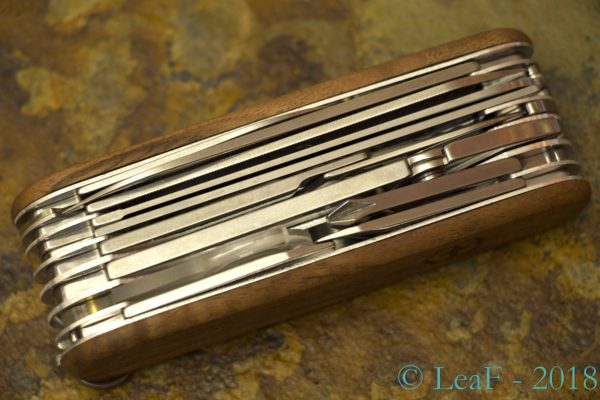 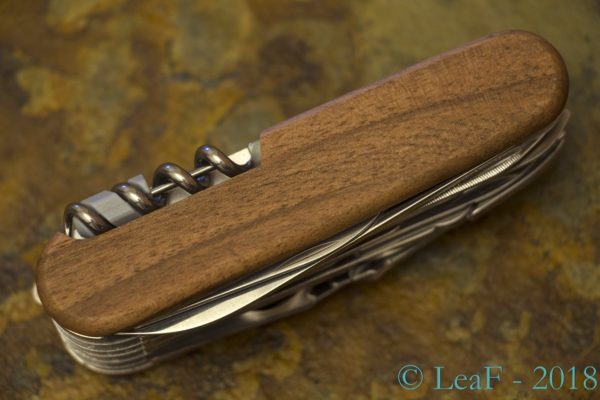 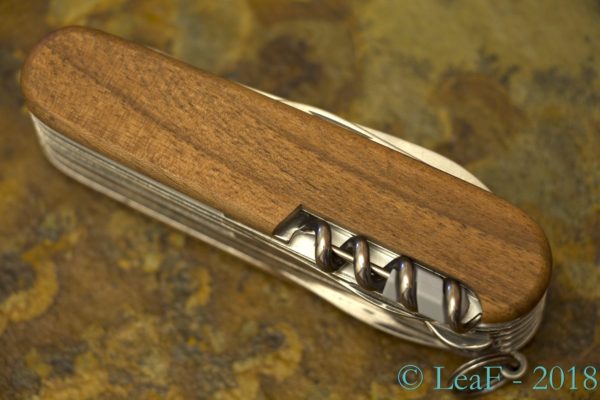 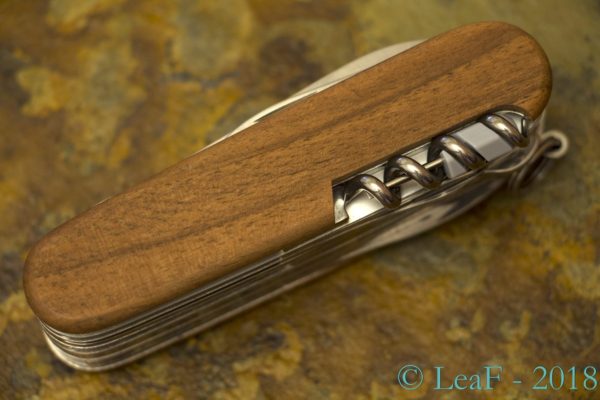 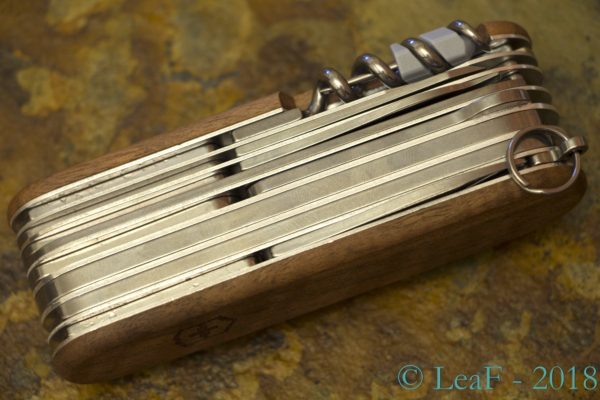 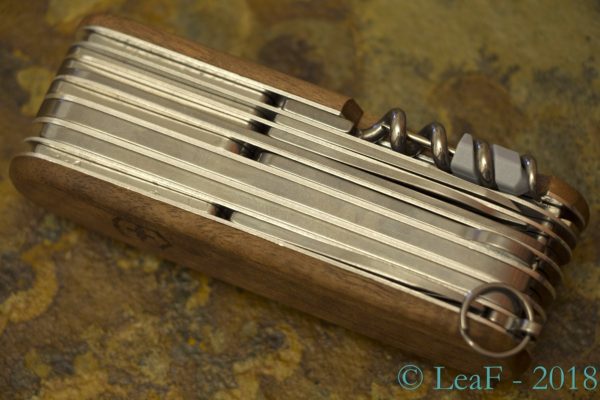 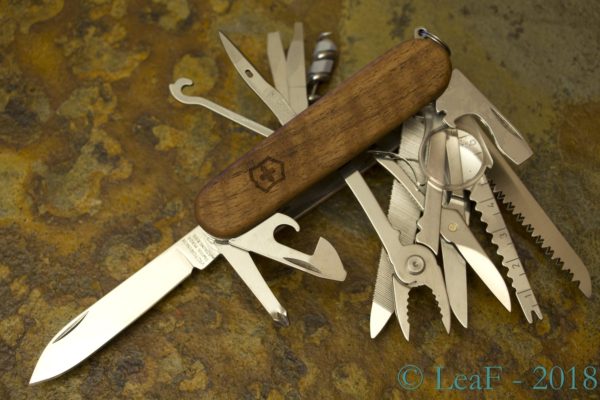 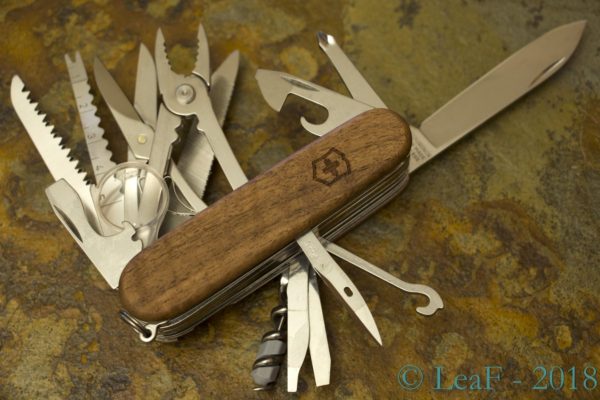 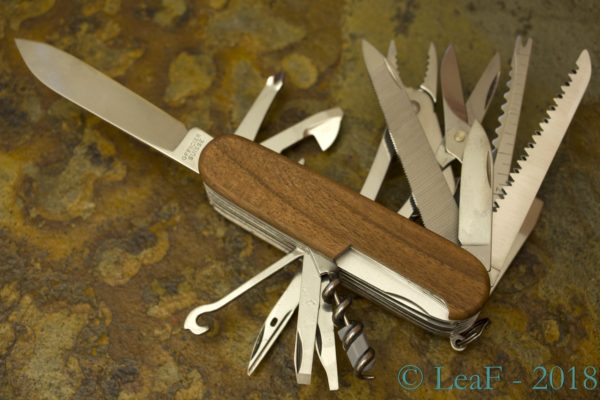 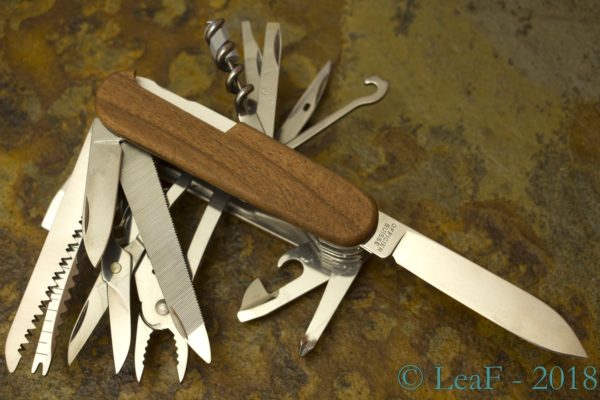 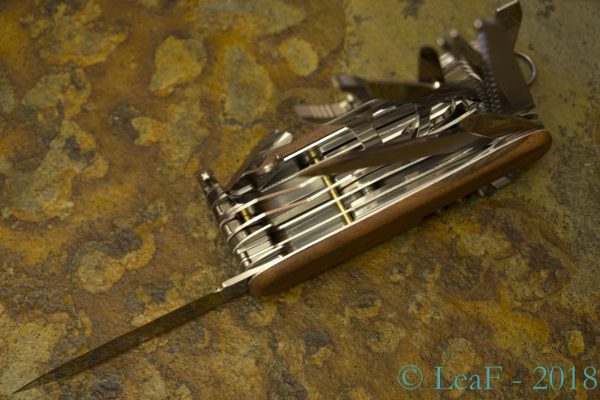