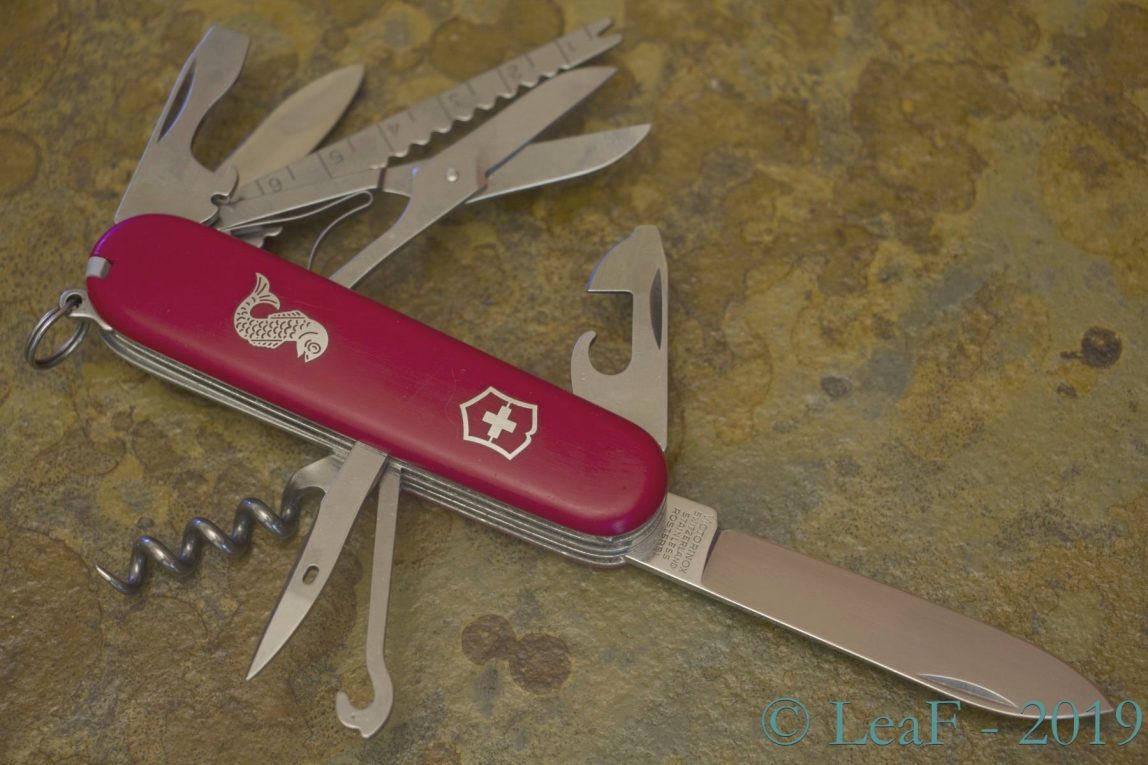 As you know, there are currently two models of knives designed for fishermen – Angler and Fisherman (suddenly!)
In general, these models have almost the same tools set and difference between them is a pair of pliers \ corkscrew in Fisherman model and scissors \ Phillips’s screwdriver in Angler model.
For sure, additionally both these models has a dedicated ‘fisherman’ tool – fish-scaler and both has a fish inlaid on bottom scale.
Did you know that initially both these models were produced with scissors (pliers weren’t exist before 1986 on Victorinox knives)?

The variation of Angler with scissors usually called as Angler Original and I already have pair of them in my collection.
Do you have any idea why I bought this one? Check its tools – it has scissors instead of pliers (which will be available since 1986), but… it has a multipurpose hook, which was introduced in 1991, so it looks like some intermediate variation between ‘original’ Angler Original and modern Angler.

Yep, sounds strange, but I don’t have other explanation. Do you? 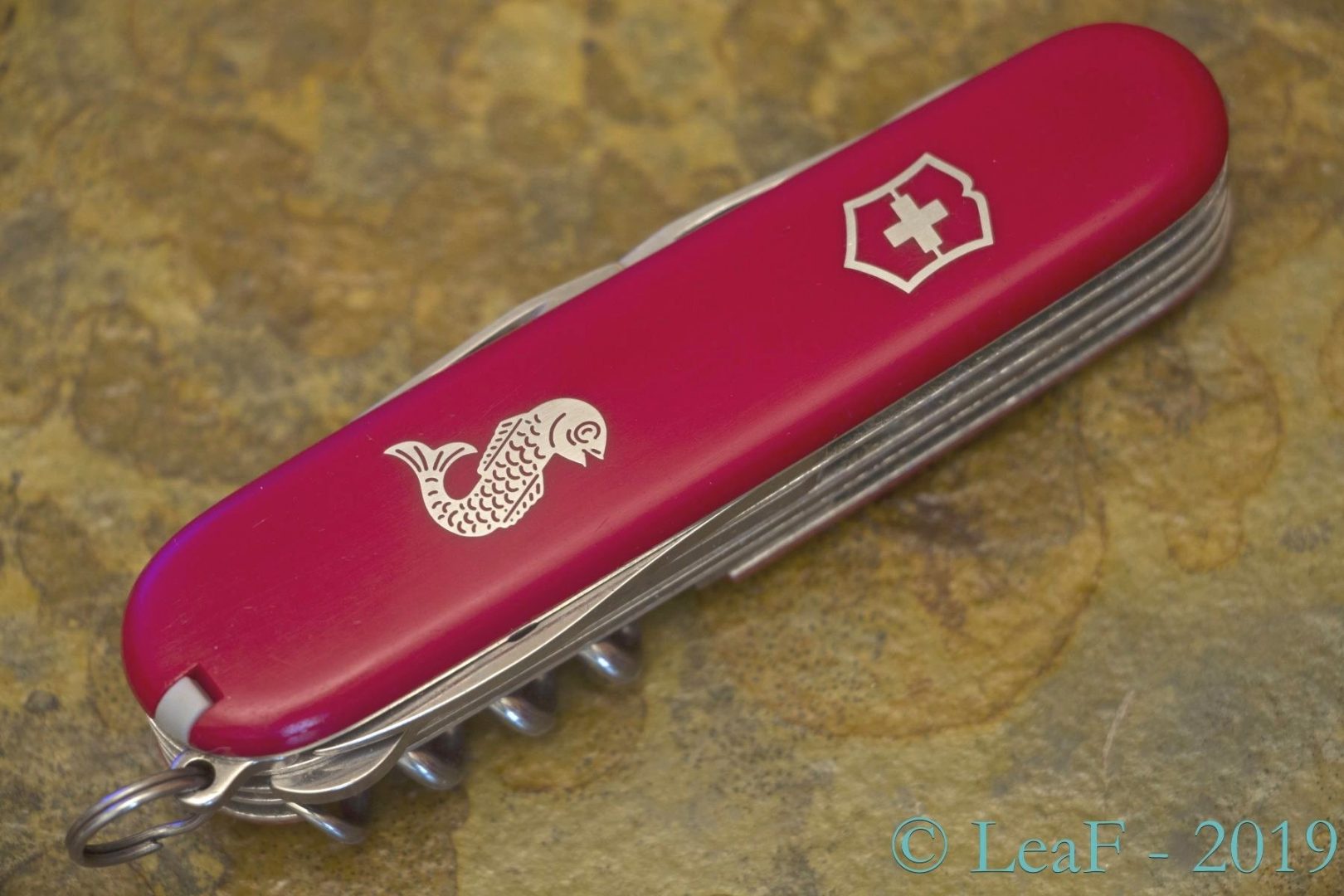 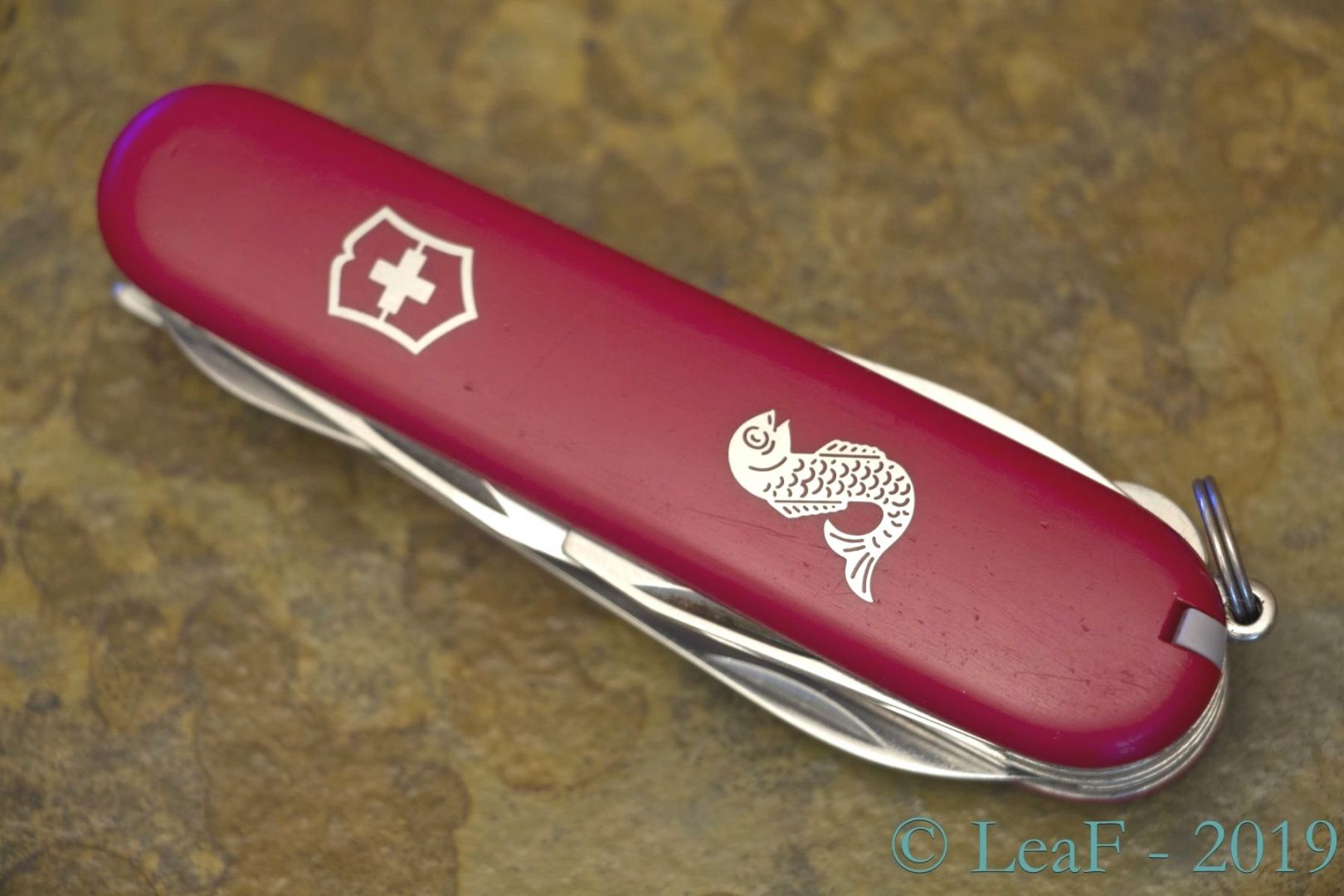 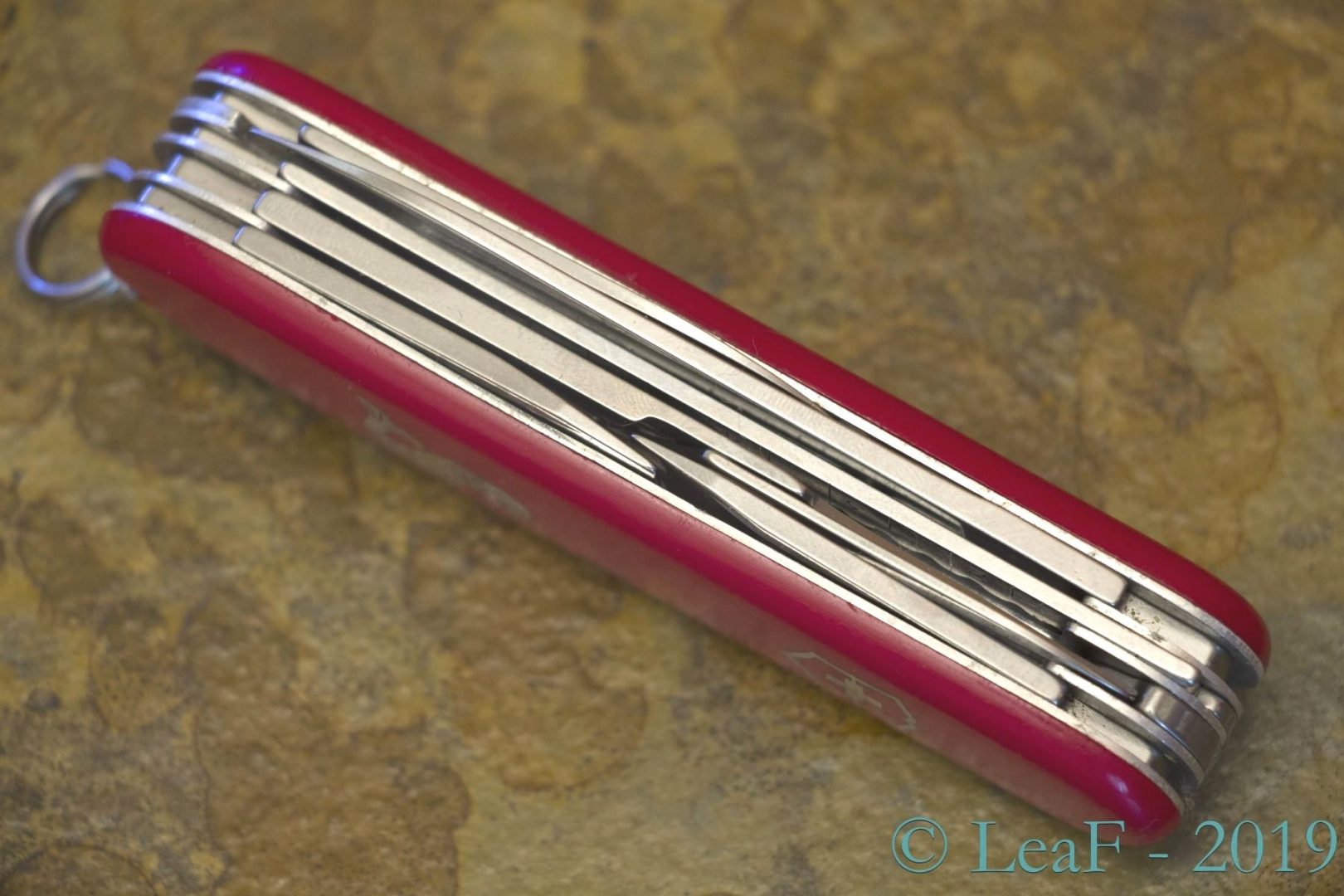 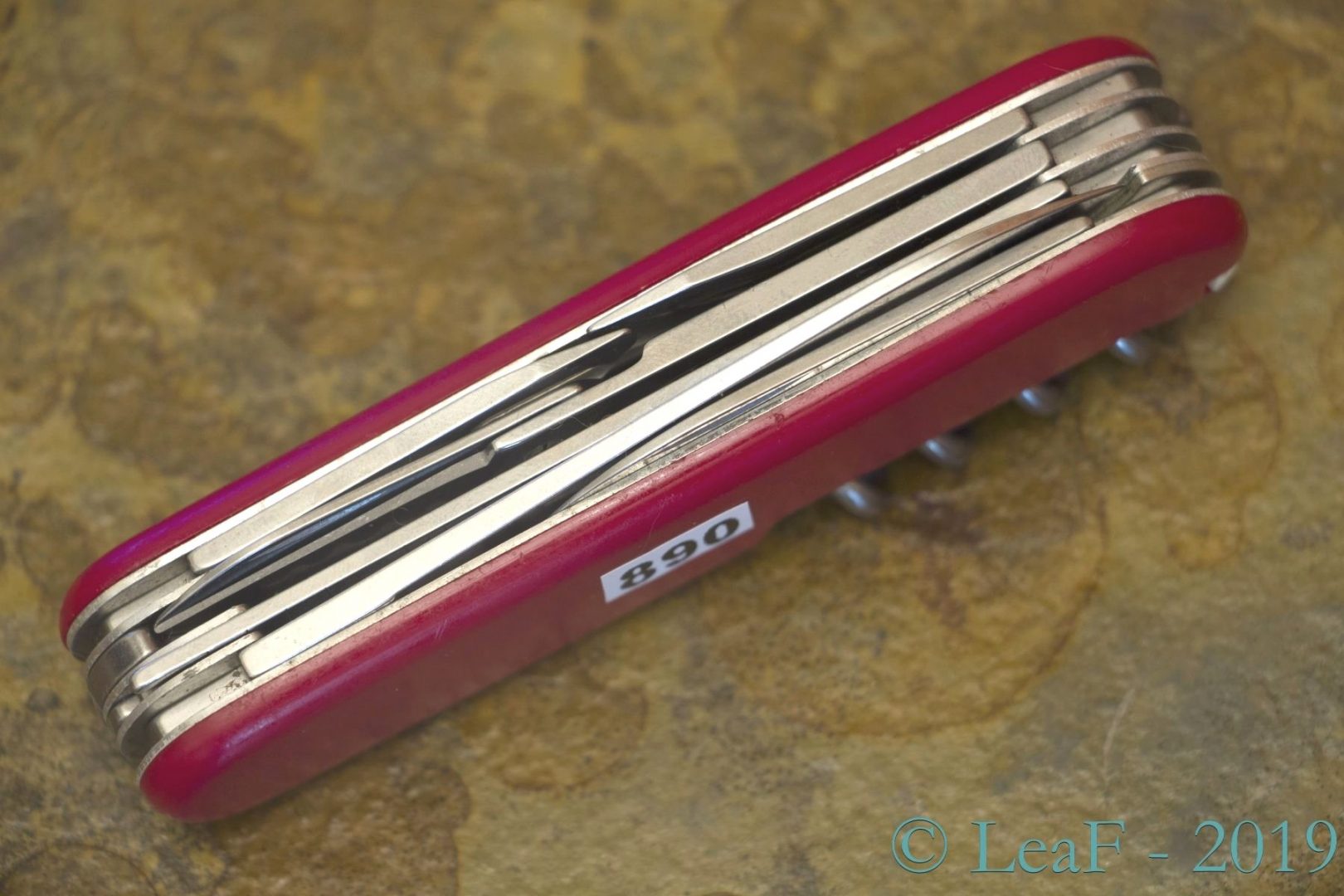 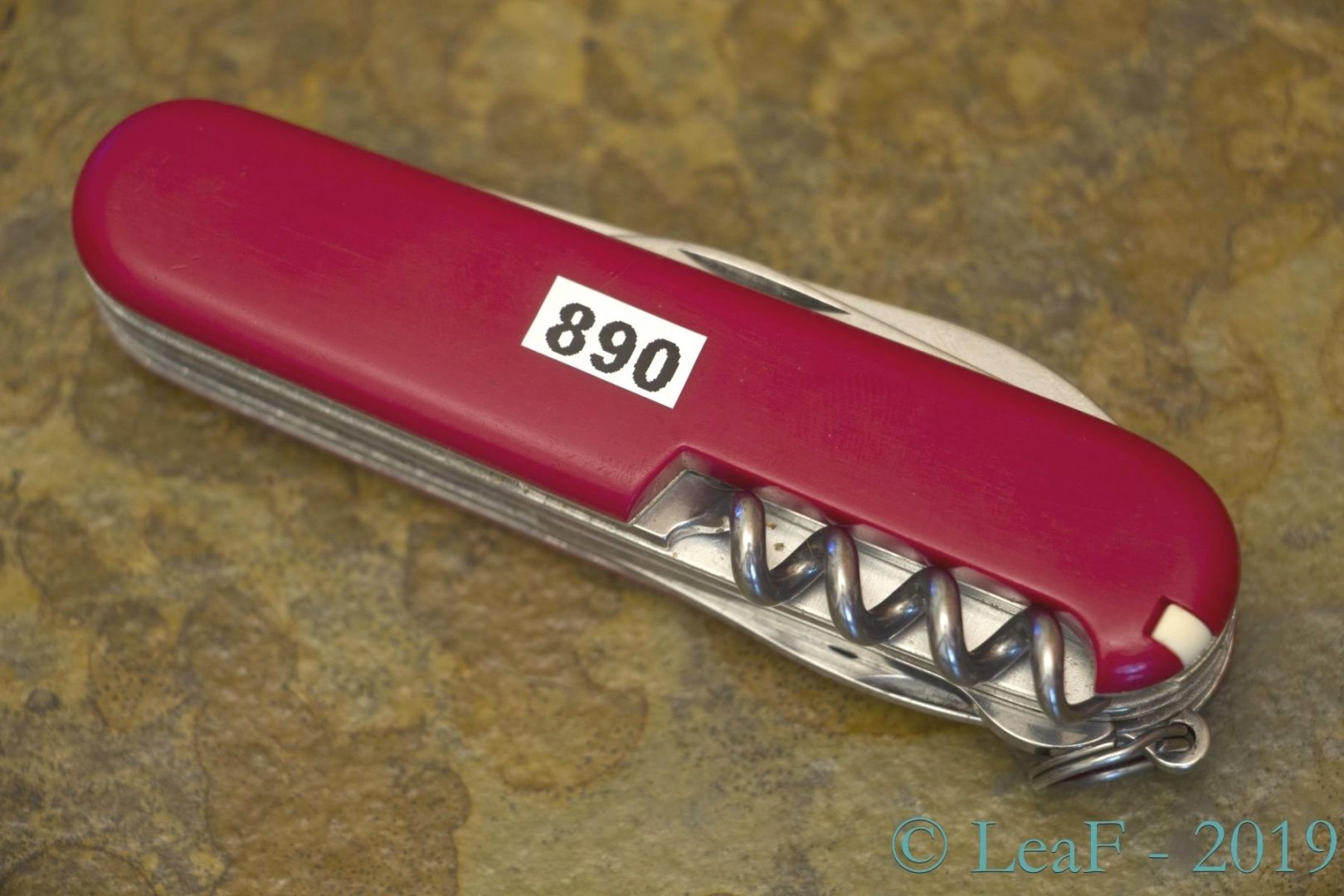 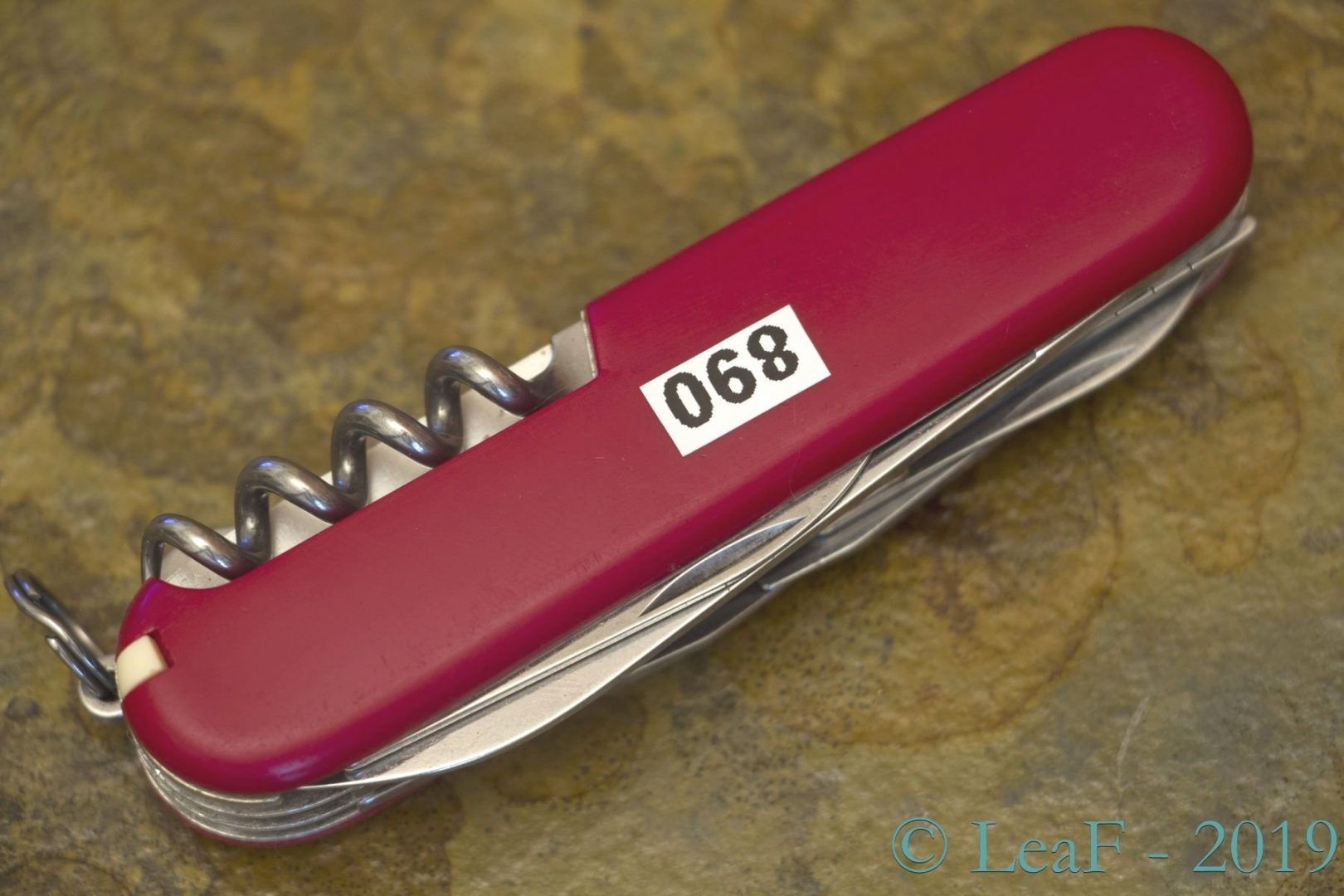 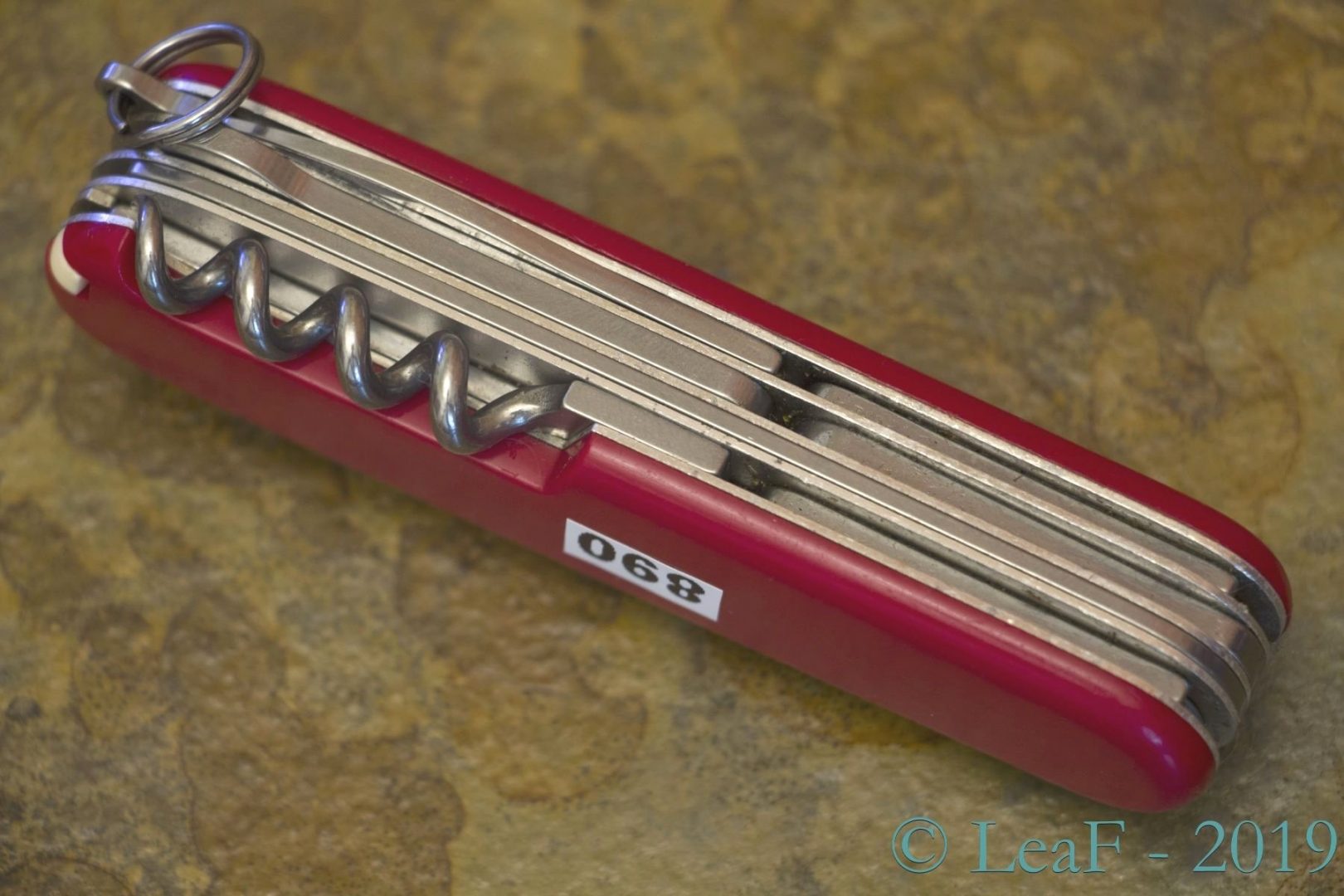 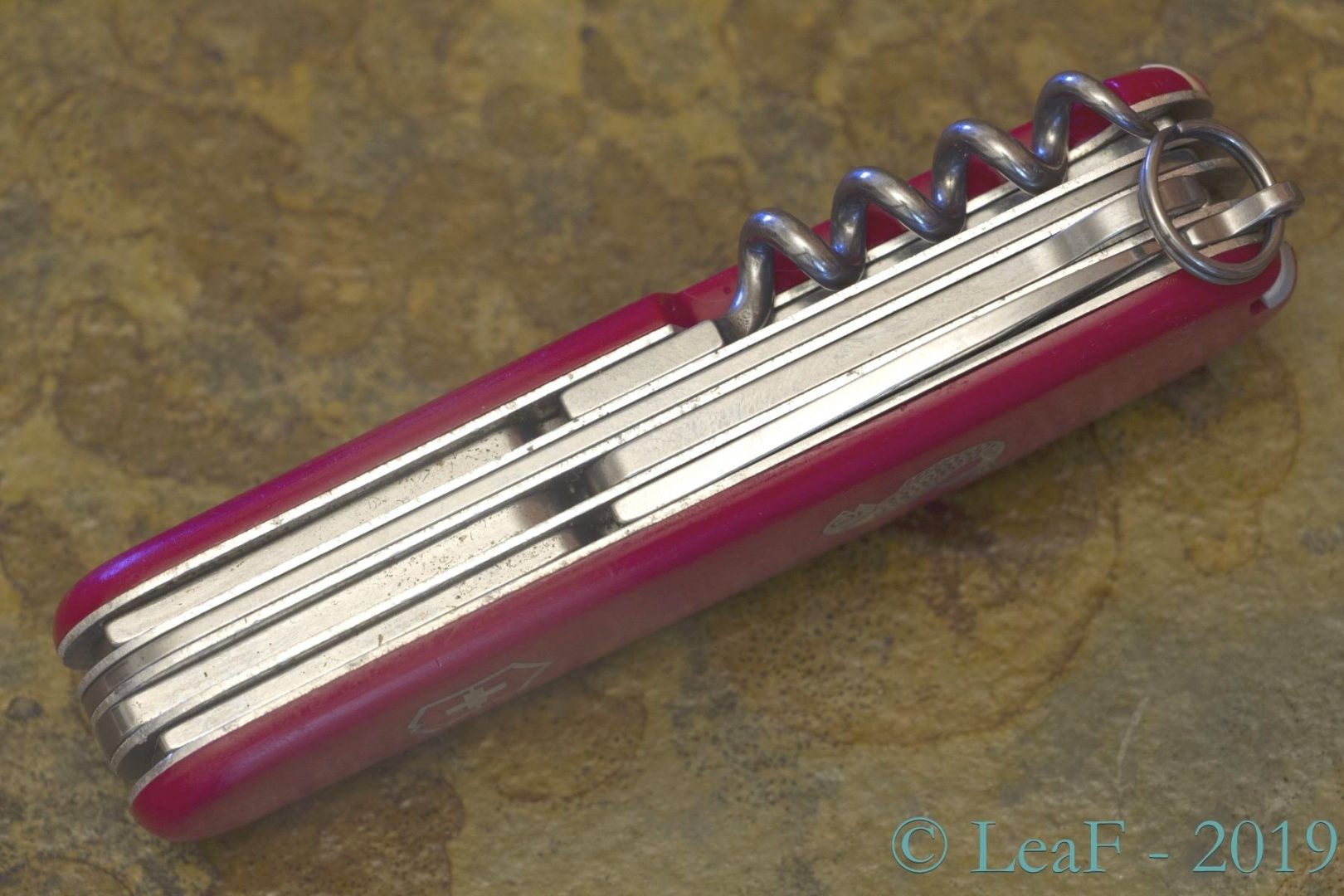 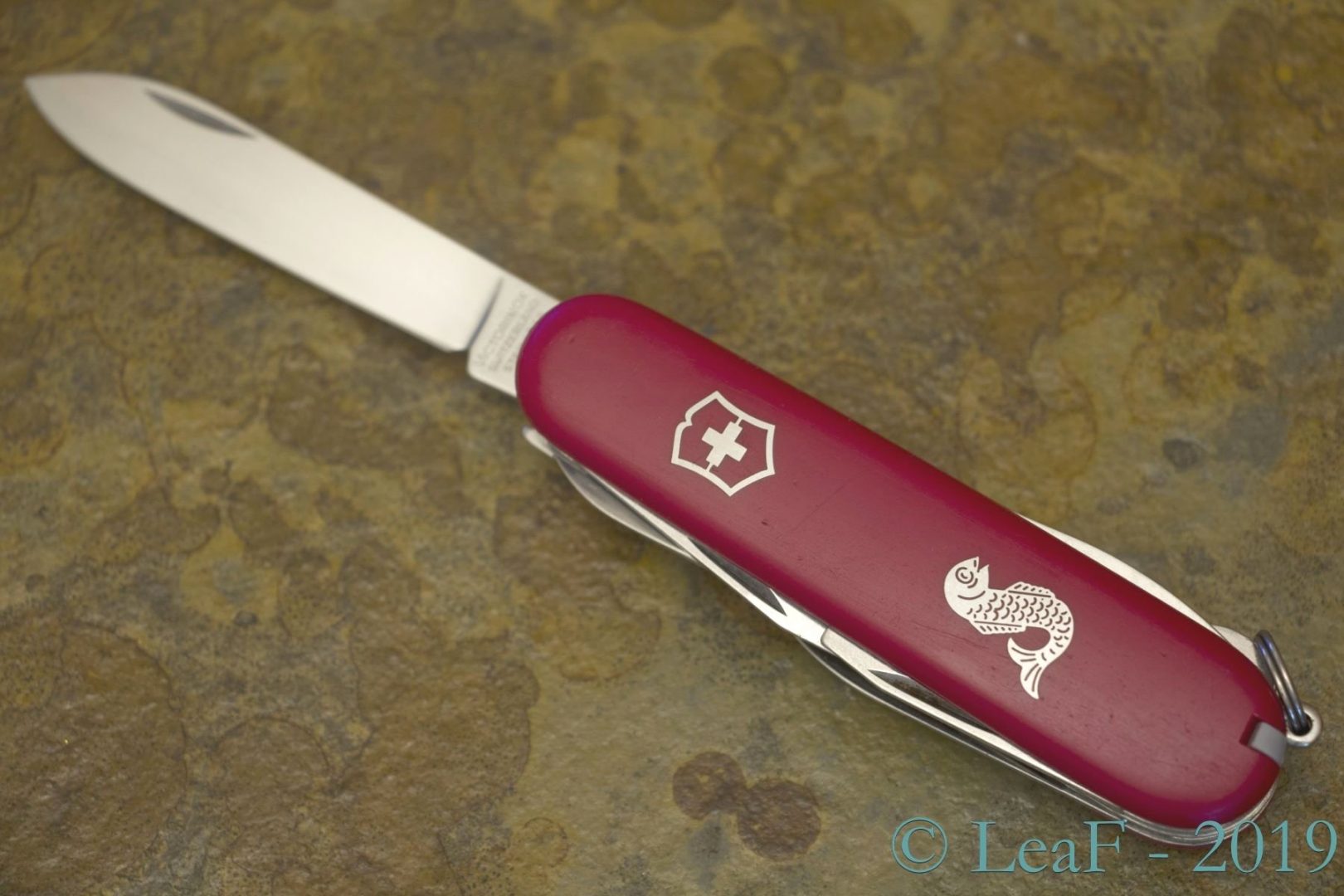 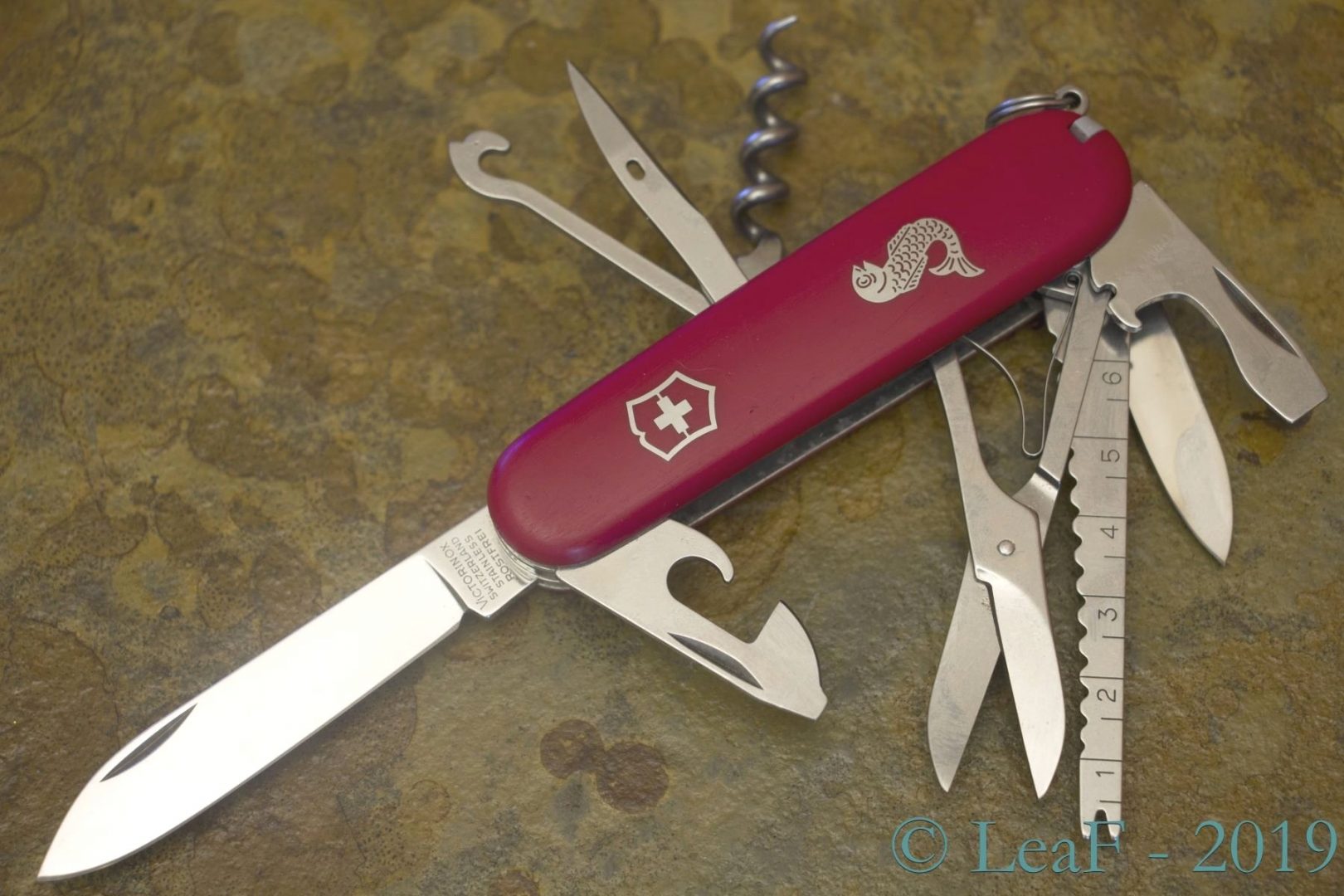 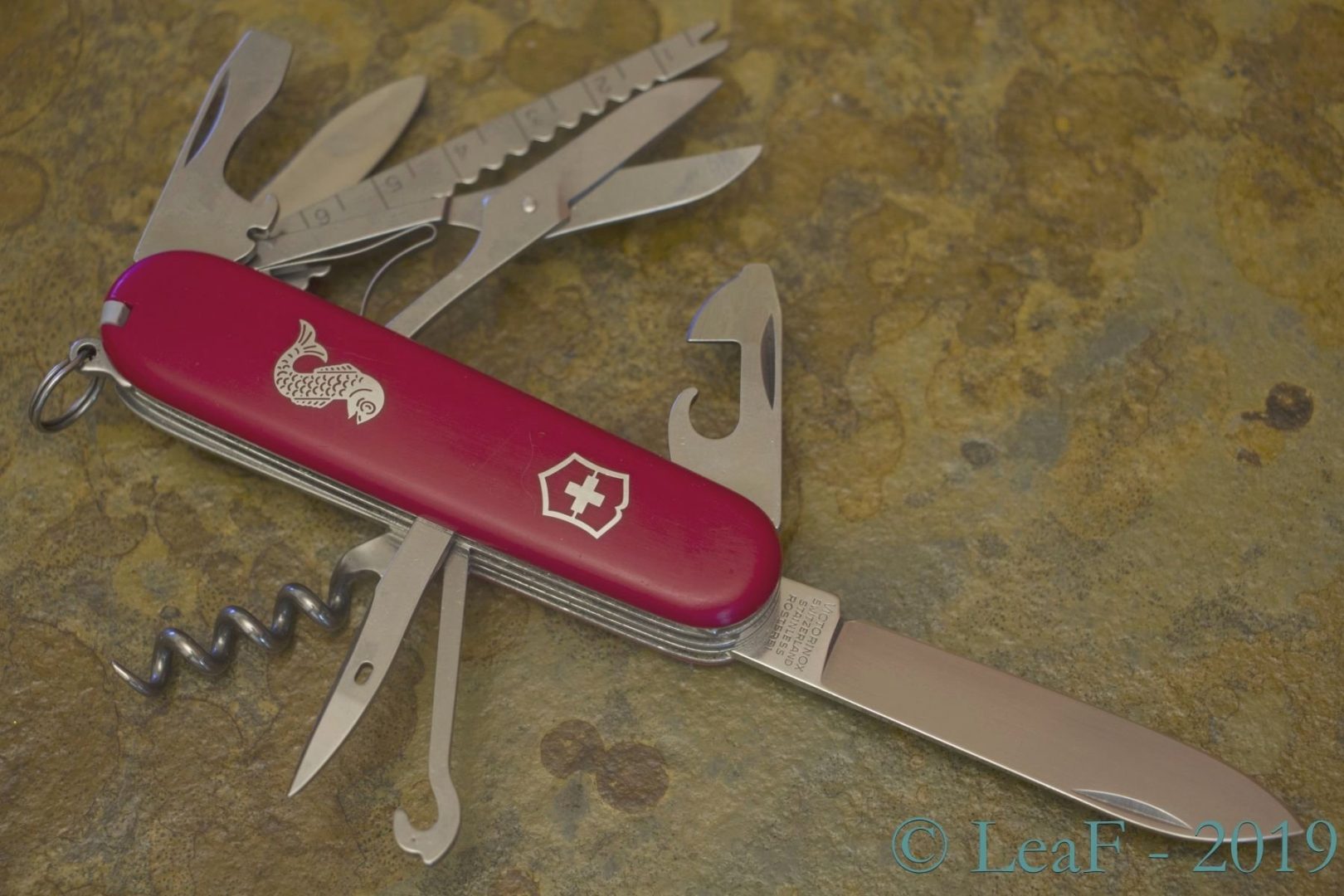 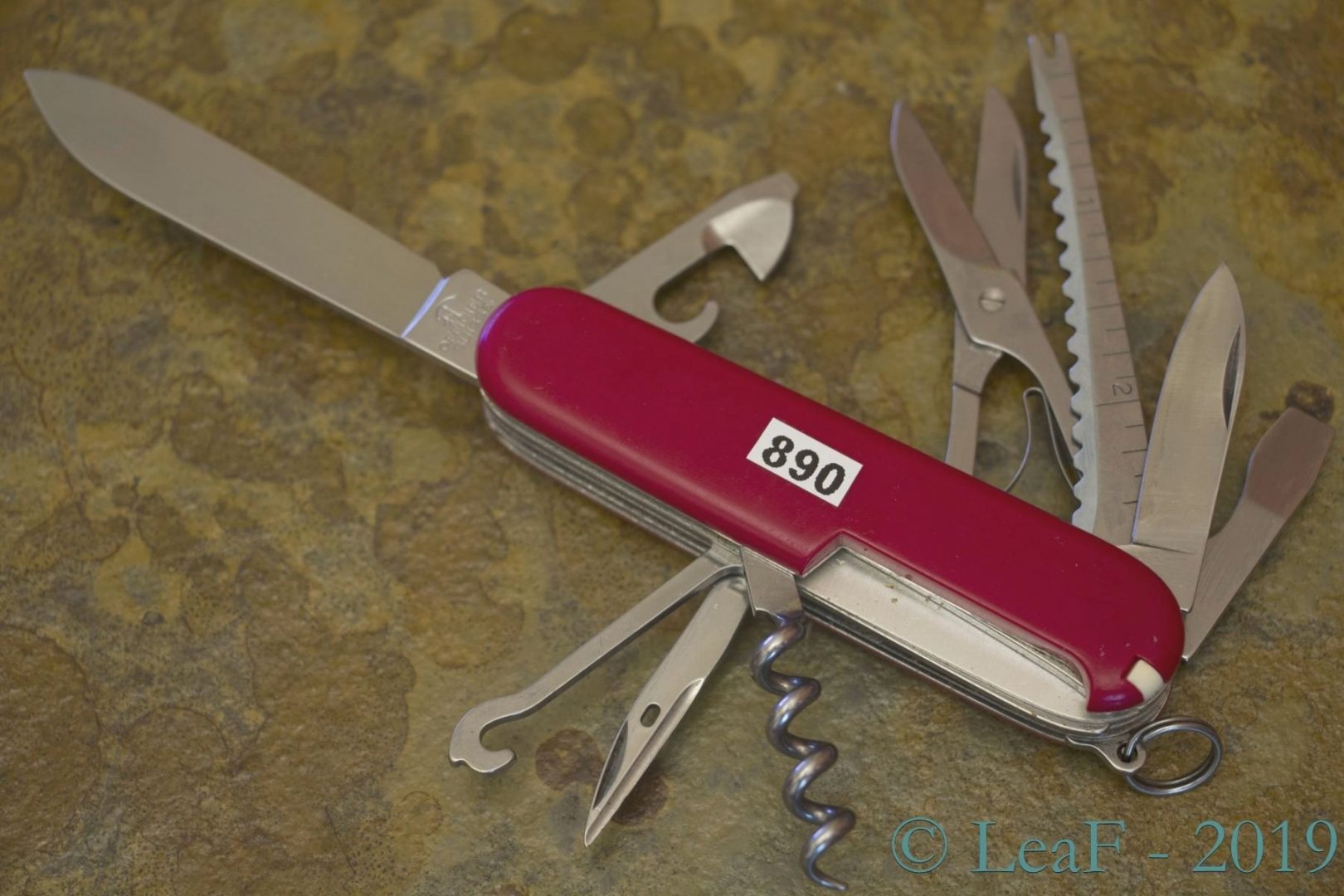 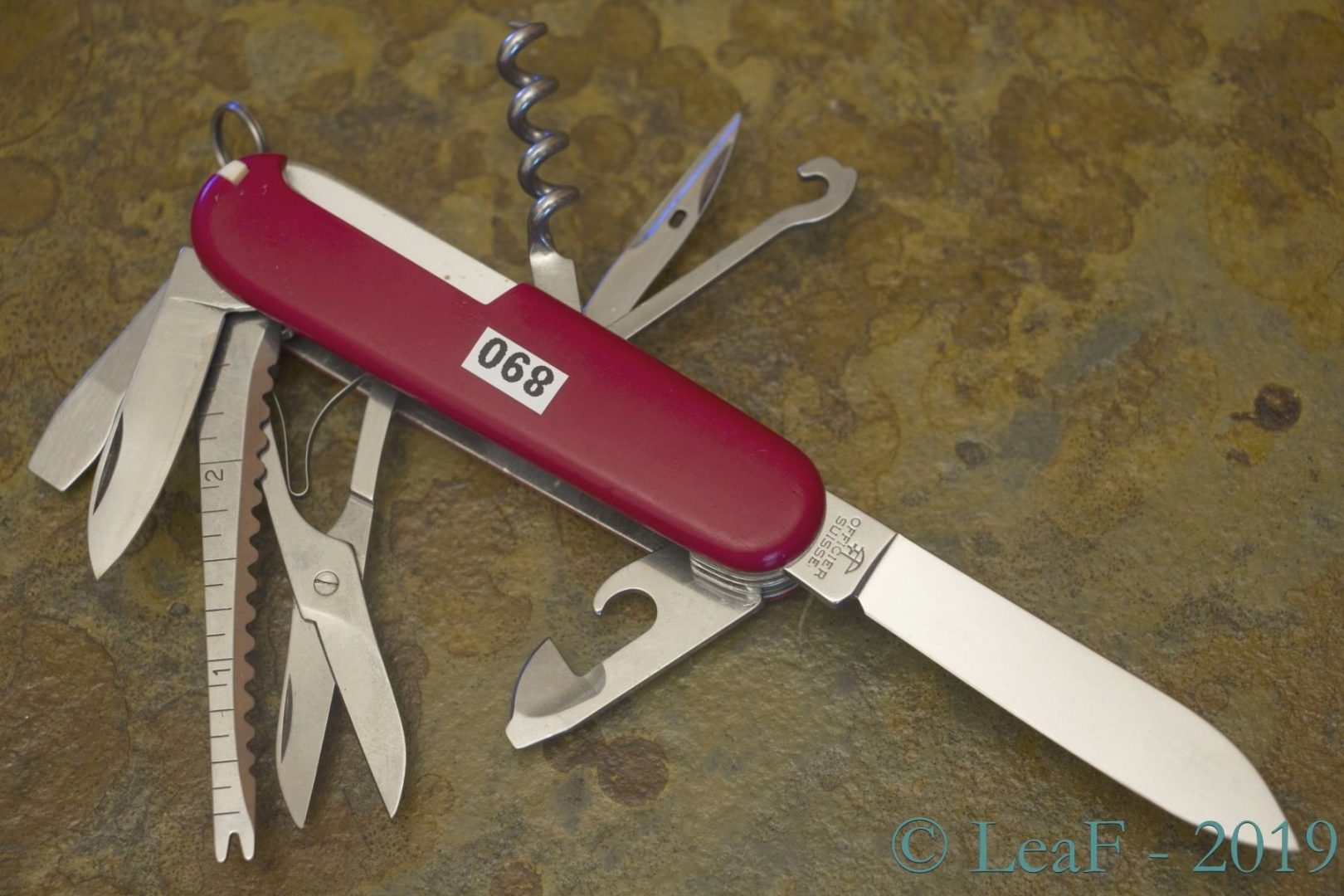