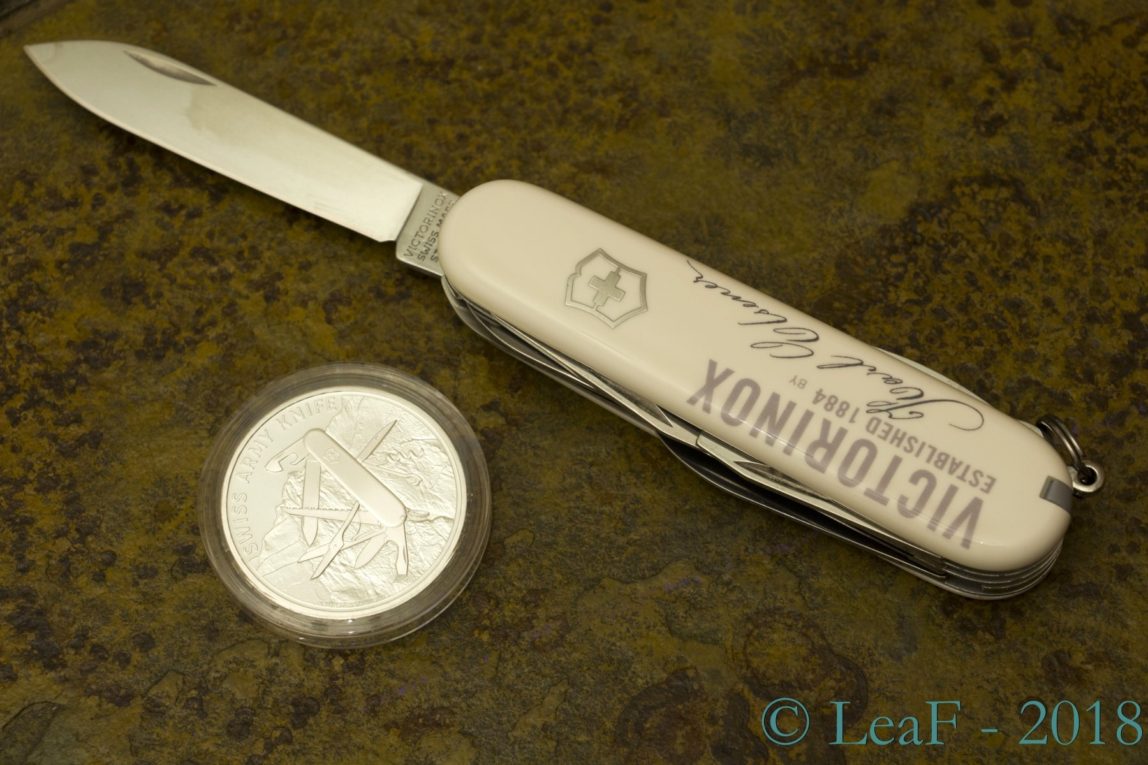 In order to honor memory of Karl Elsener, who was a founder of Victorinox company and to mark 100th anniversary of his death, in September 2018 was released a limited edition set, which contained specially designed Huntsman knife and new 20 franc commemorative coin.
This knife has an unique white scales with printed signature of Karl Elsener on them and marked with serial number on the liner behind corkscrew (mine is 6170 / 8000); coin was made from silver  (Ag 835) and was specially designed for this run by SwissMint.
Official press-release of this model (in PDF) can be downloaded from this page.
Photos: 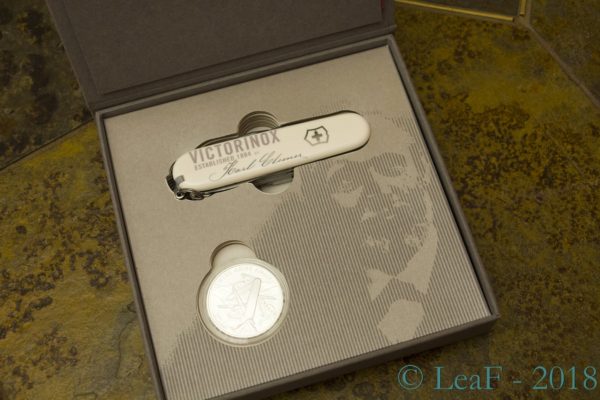 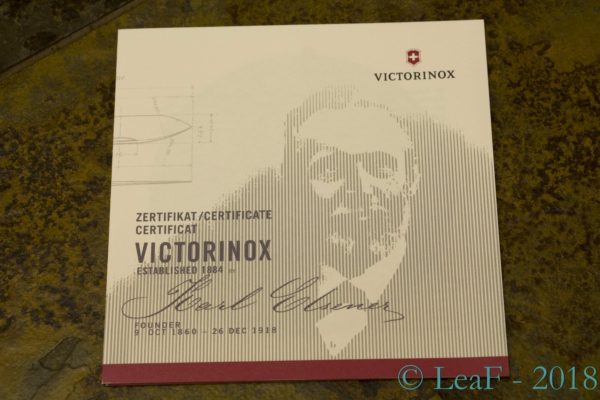 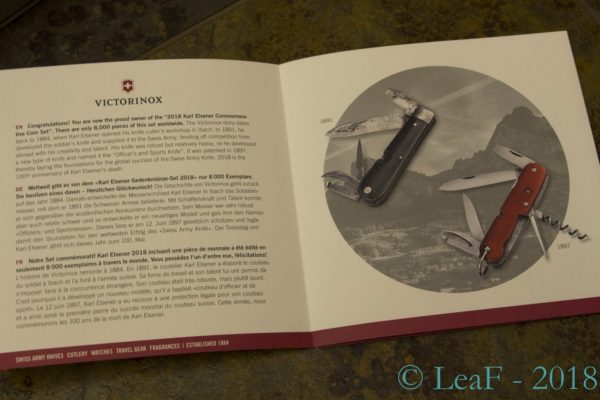 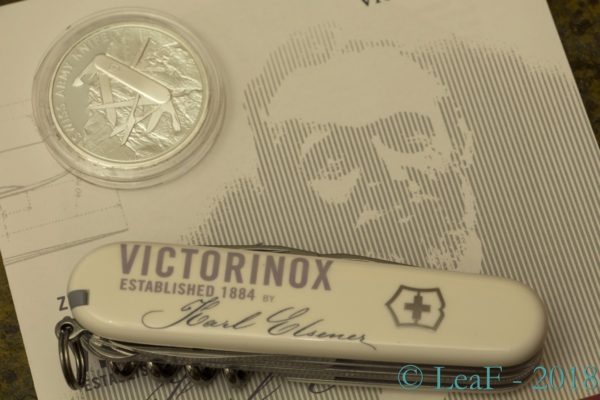 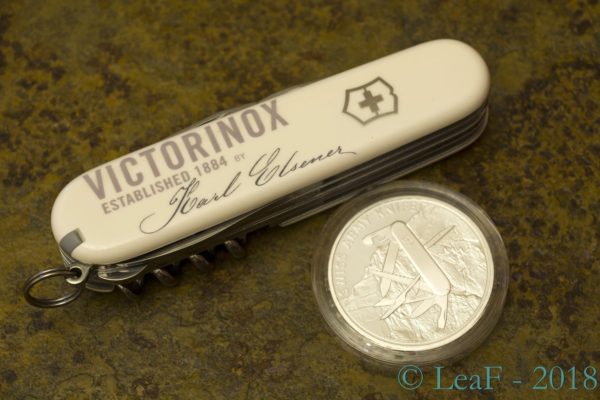 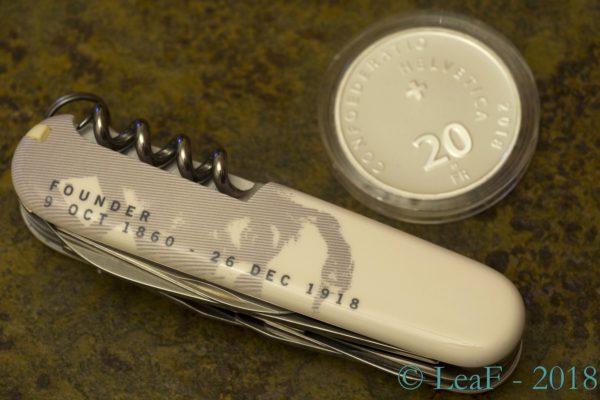 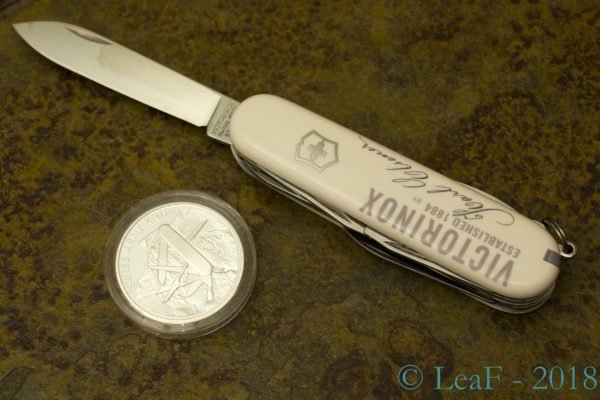 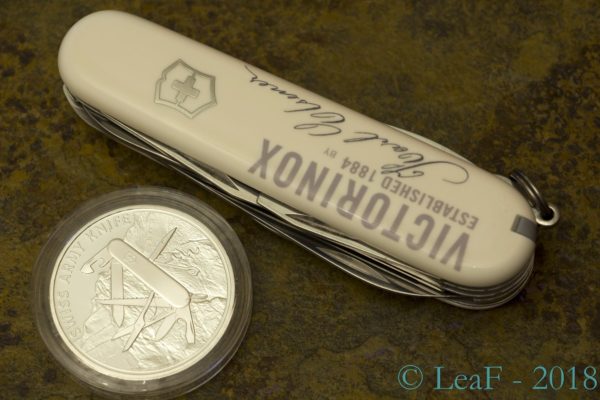 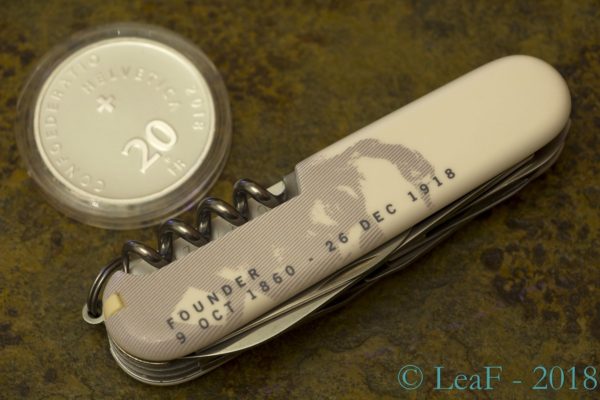 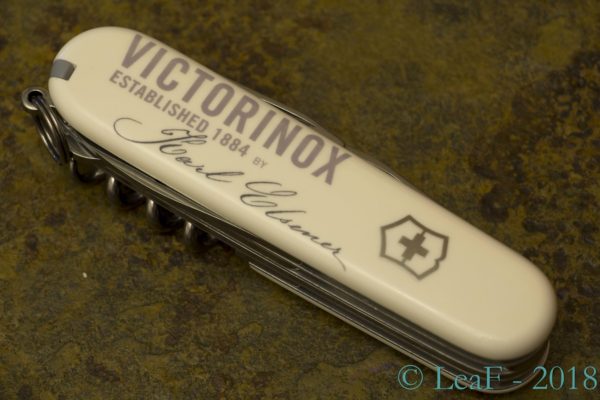 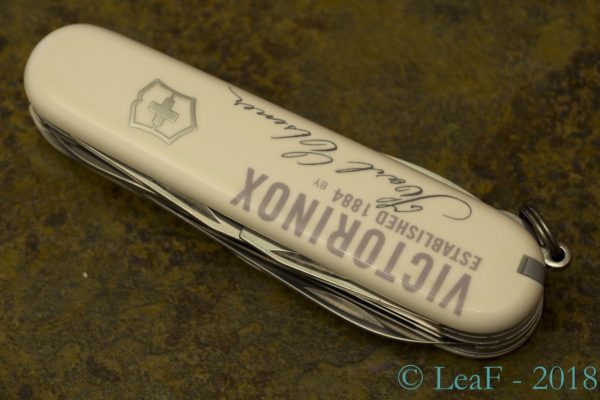 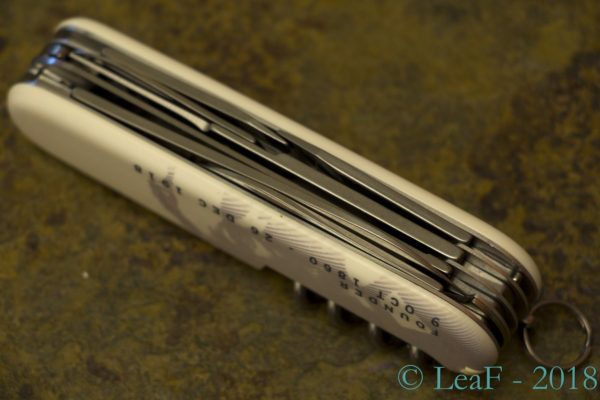 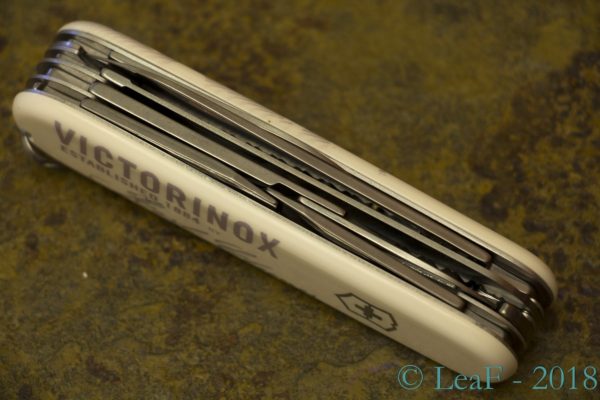 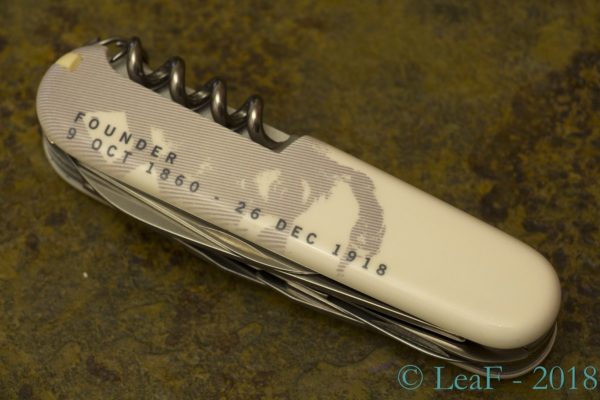 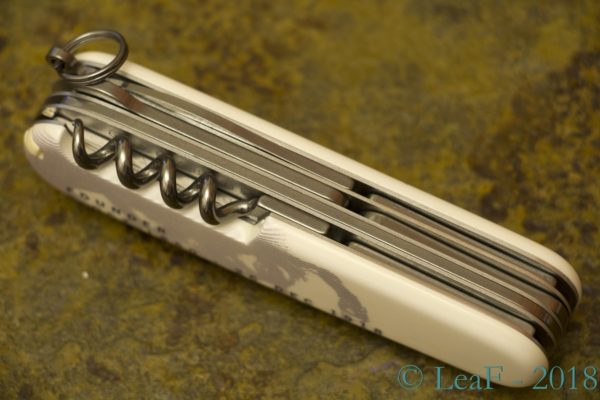 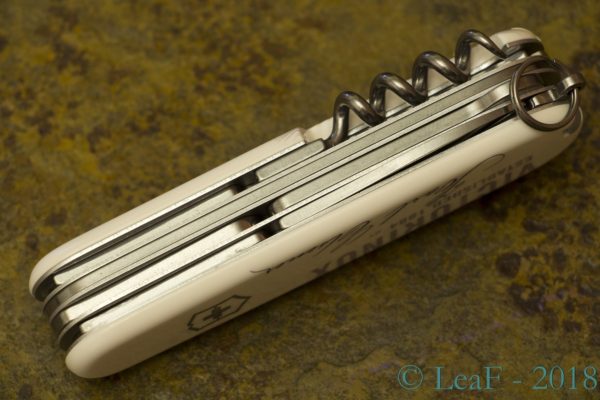 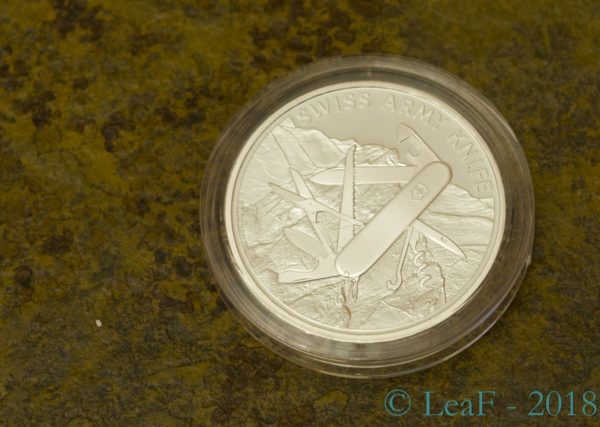 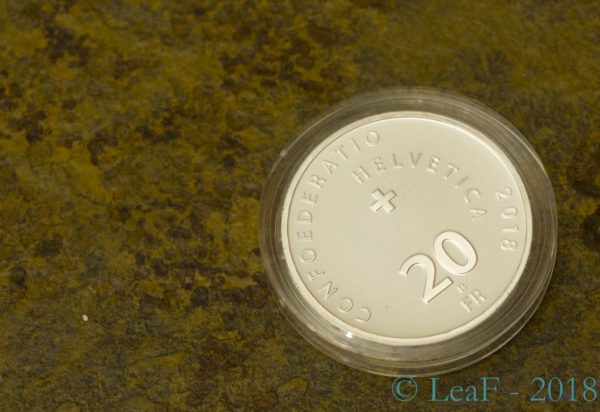 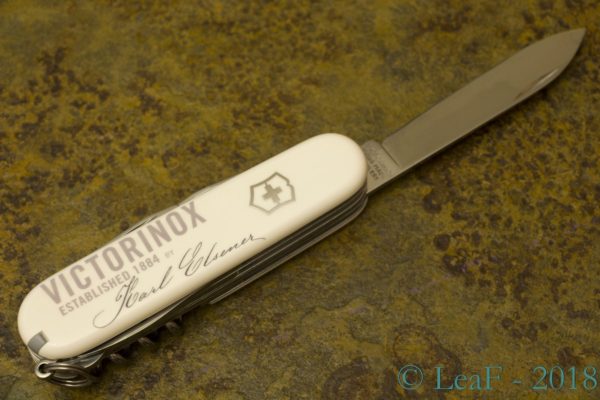 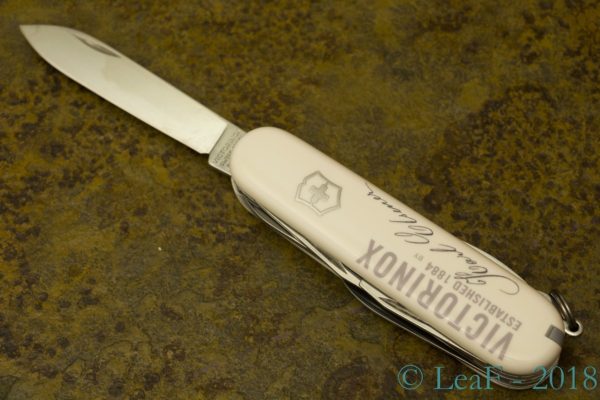 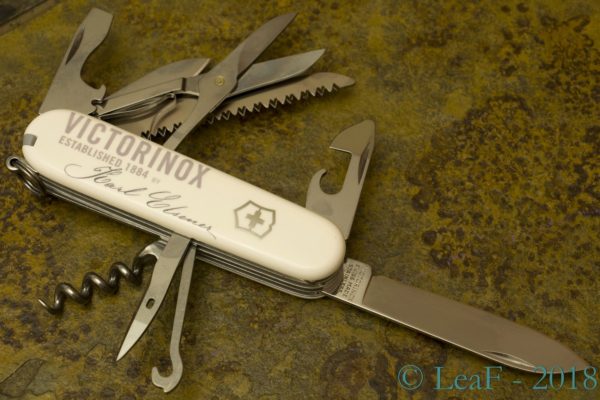 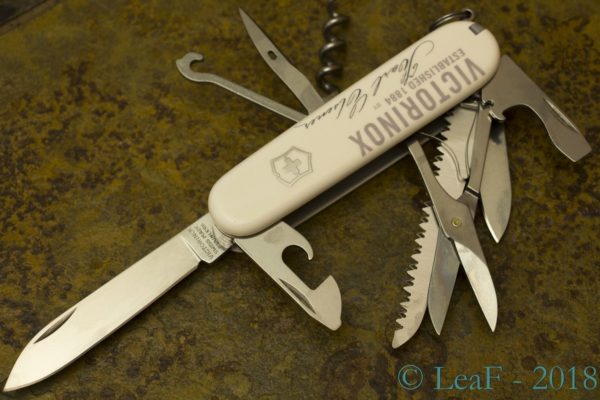 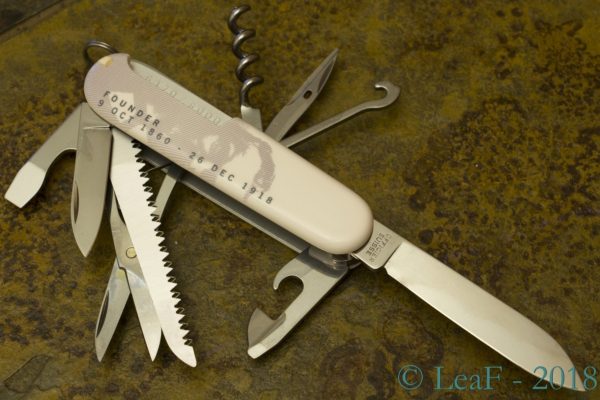 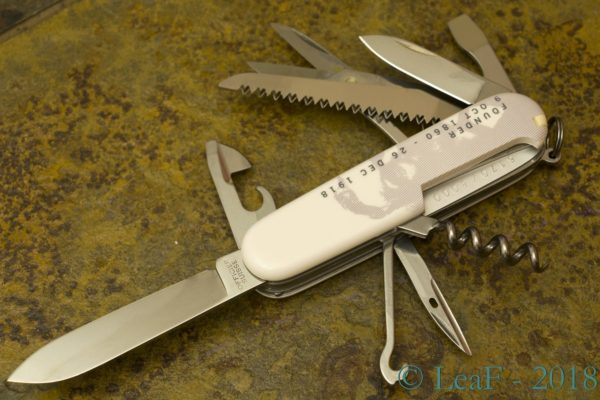 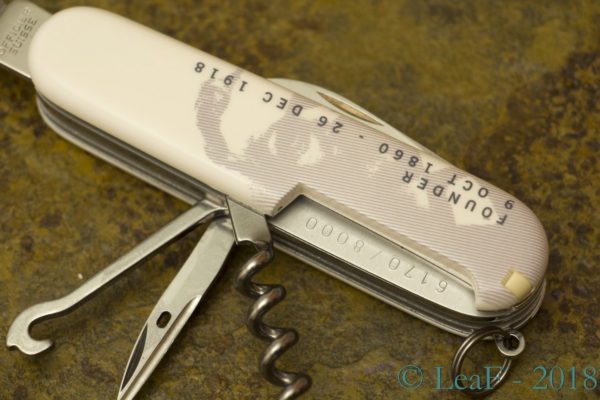