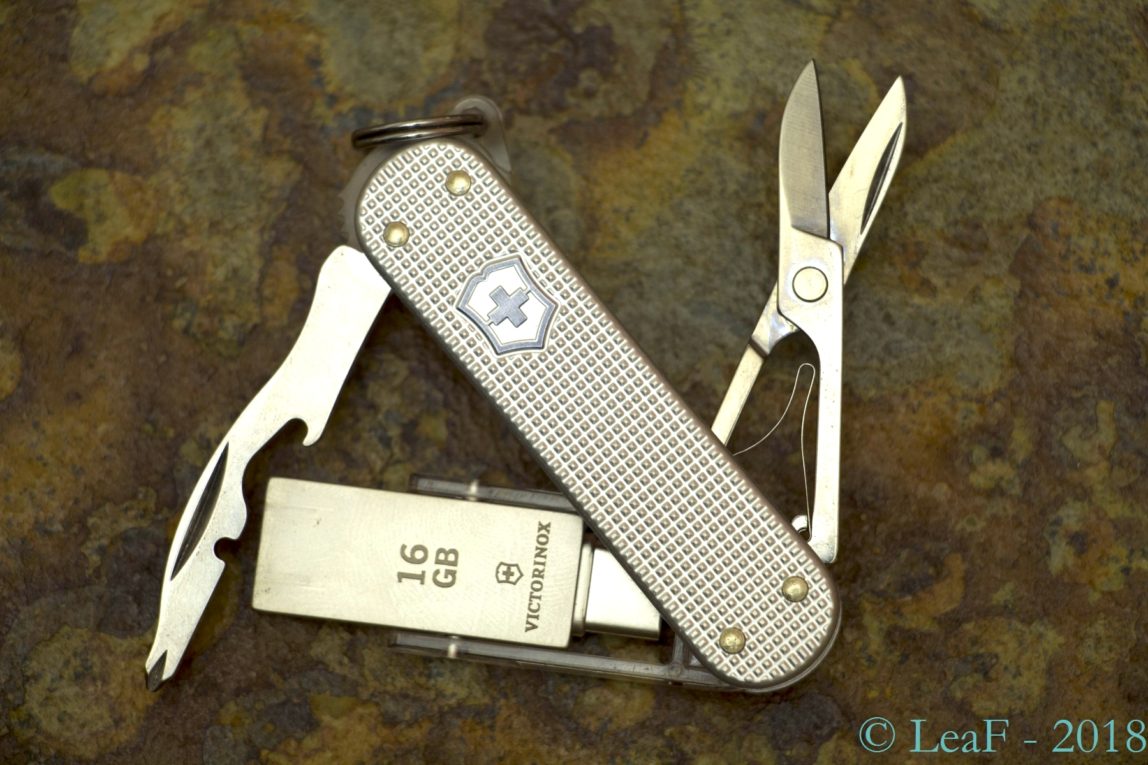 In previous post we’ve talked about grandiose changes (no sarcasm at all) which Victorinox company did in 2017. Today (and maybe tomorrow or even later) I’m going to again review them.
So, for today we have interesting model – JetSetter@Work. From it’s name we can suggest that this knife represented as mix of older models: JetSetter (3rd variation) and Victorinox@Work, as result we got bladeless knife in Alox scales with new type of USB drive.
Introduced in 2017, this variation of USB drive (USB 3.0 /3.1 with two connectors – type-C and USB-A) was also used in another two new models, but we’ll review them little bit later.
The capacity of USB drives in all models released in 2017 is the same: 16Gb, not like in previous models. Using of type-C connector is a little bit doubtful solution, in my opinion. In result we got first JetSetter with Alox scales (and again I don’t understand why this knife didn’t get an unique name?) with scissors, combo-tool and 16Gb flash drive.
Photos: 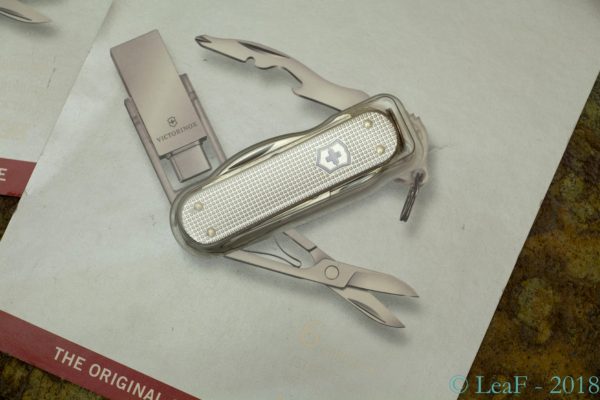 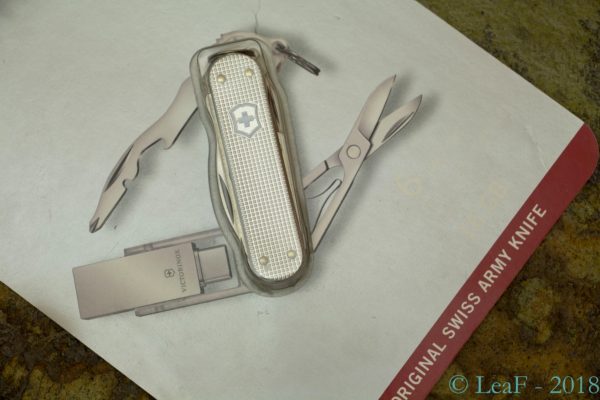 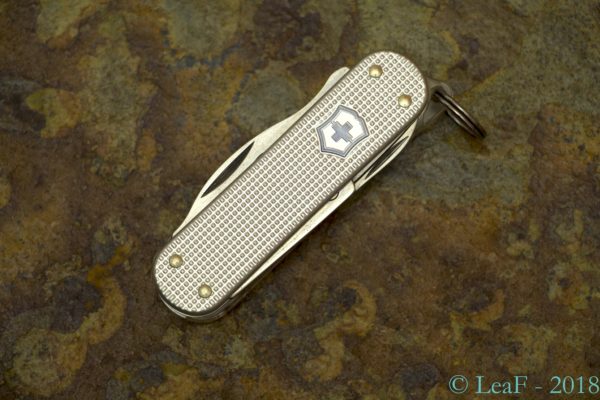 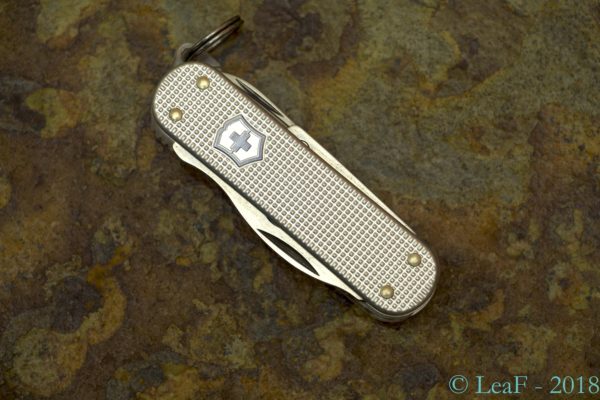 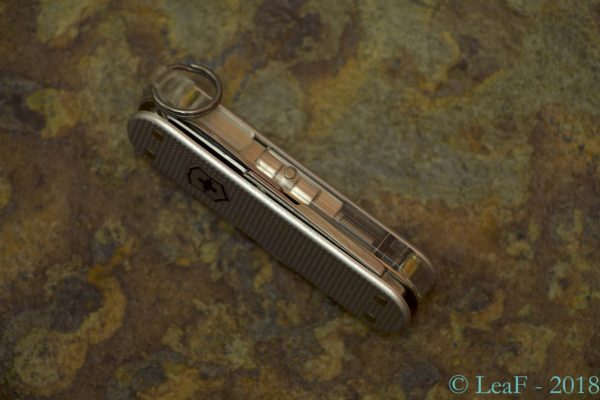 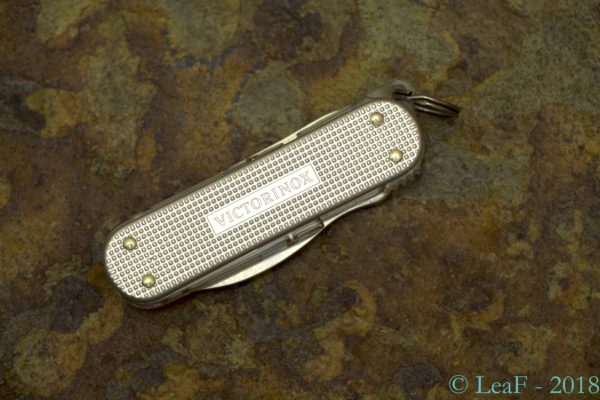 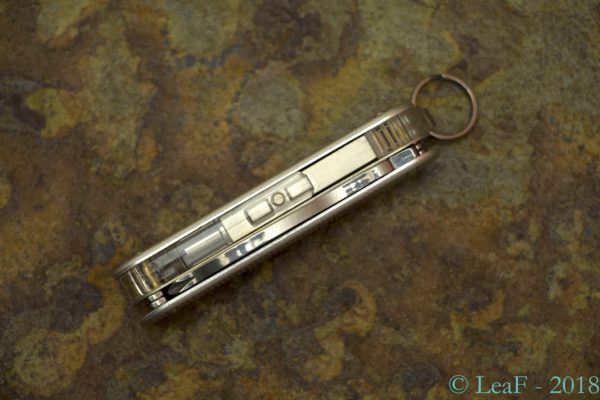 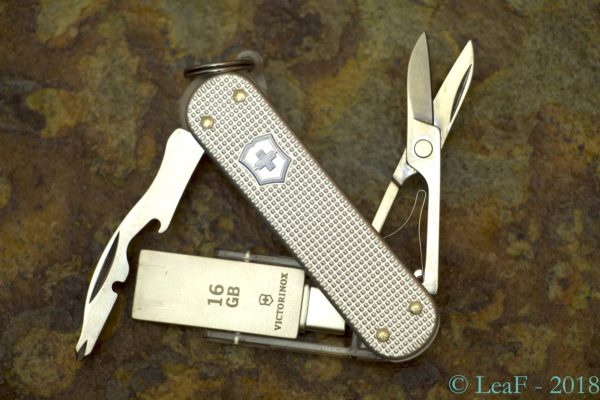 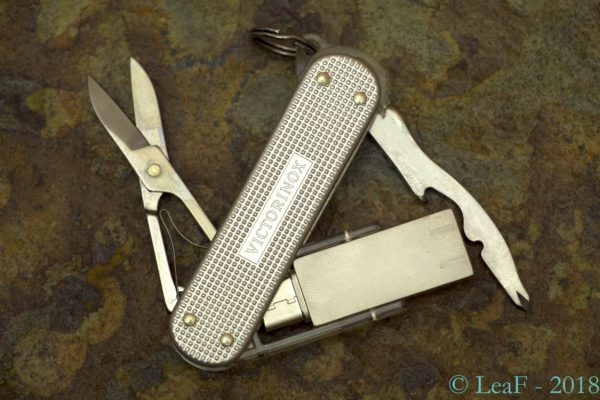 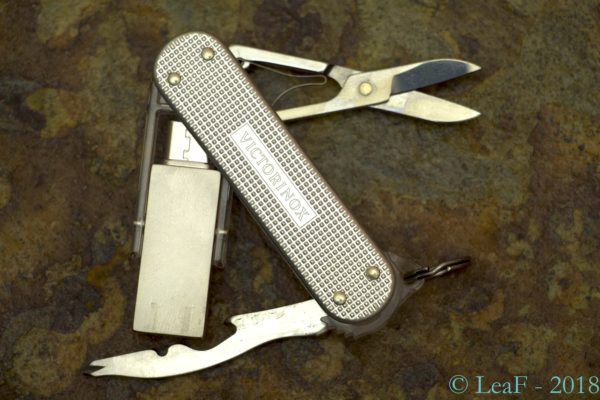 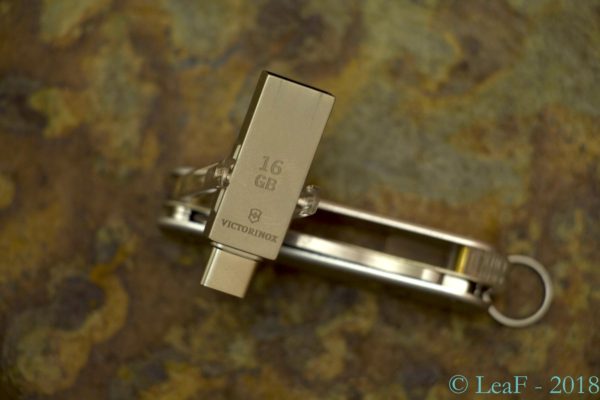