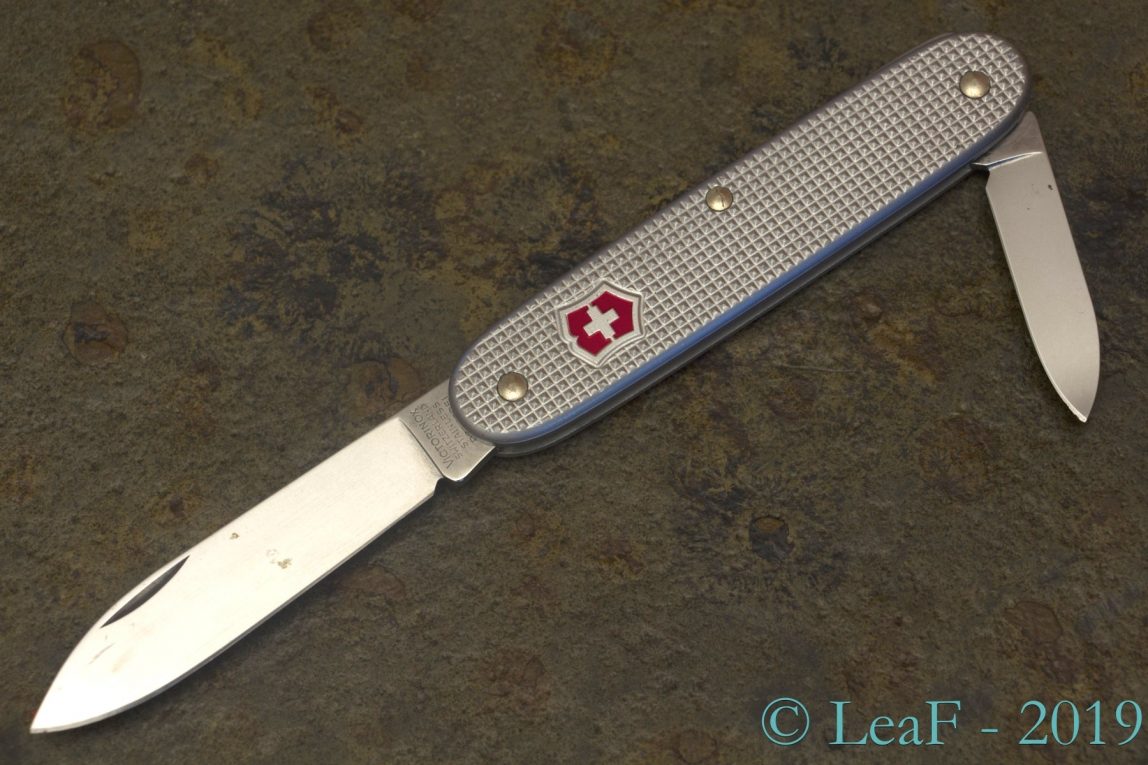 The Victorinox Settler is a slim 93-mm knife with only two blades (for my opinion it’s a pretty strange combination of tools). It’s remarkably similar to another one-layered Alox models: Apprentice and Pruner, which are two-bladed as well, but instead of small regular blade they have pruner / electrician blades accordingly. From other perspective I can say that Settler is an enlarged Bantam II.
The Settler model initially was produced under Model 2205 name and often was used for advertisement purposes. Later version (with regular shield) wasn’t so popular and seems it was discontinued very soon (last time this model was present in official catalog in 2007 if I’m not mistaken).
The last thing that I’d like to notice it’s a fact that main blade has year mark (03), so it was originally produced for Soldier model.
Photos: 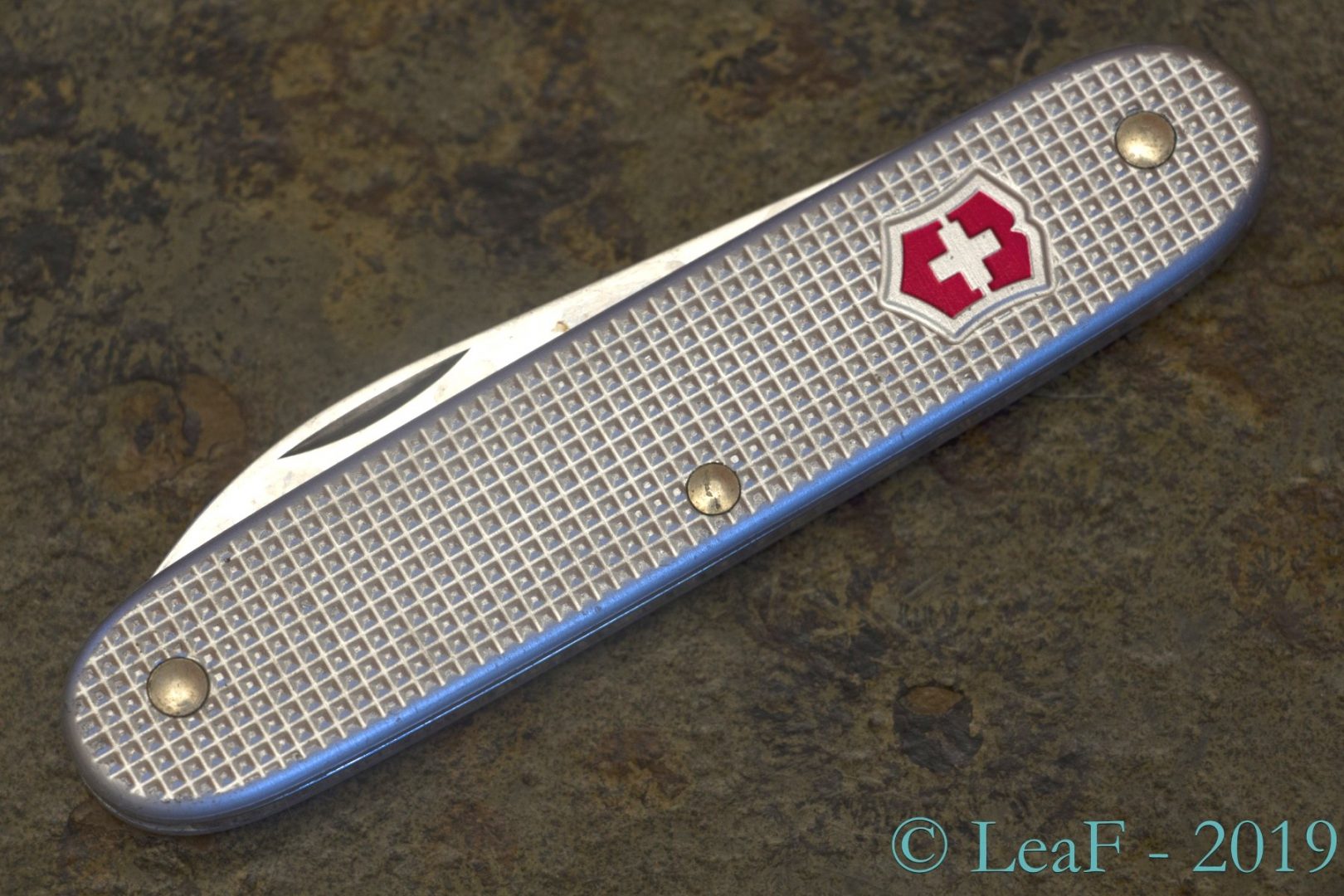 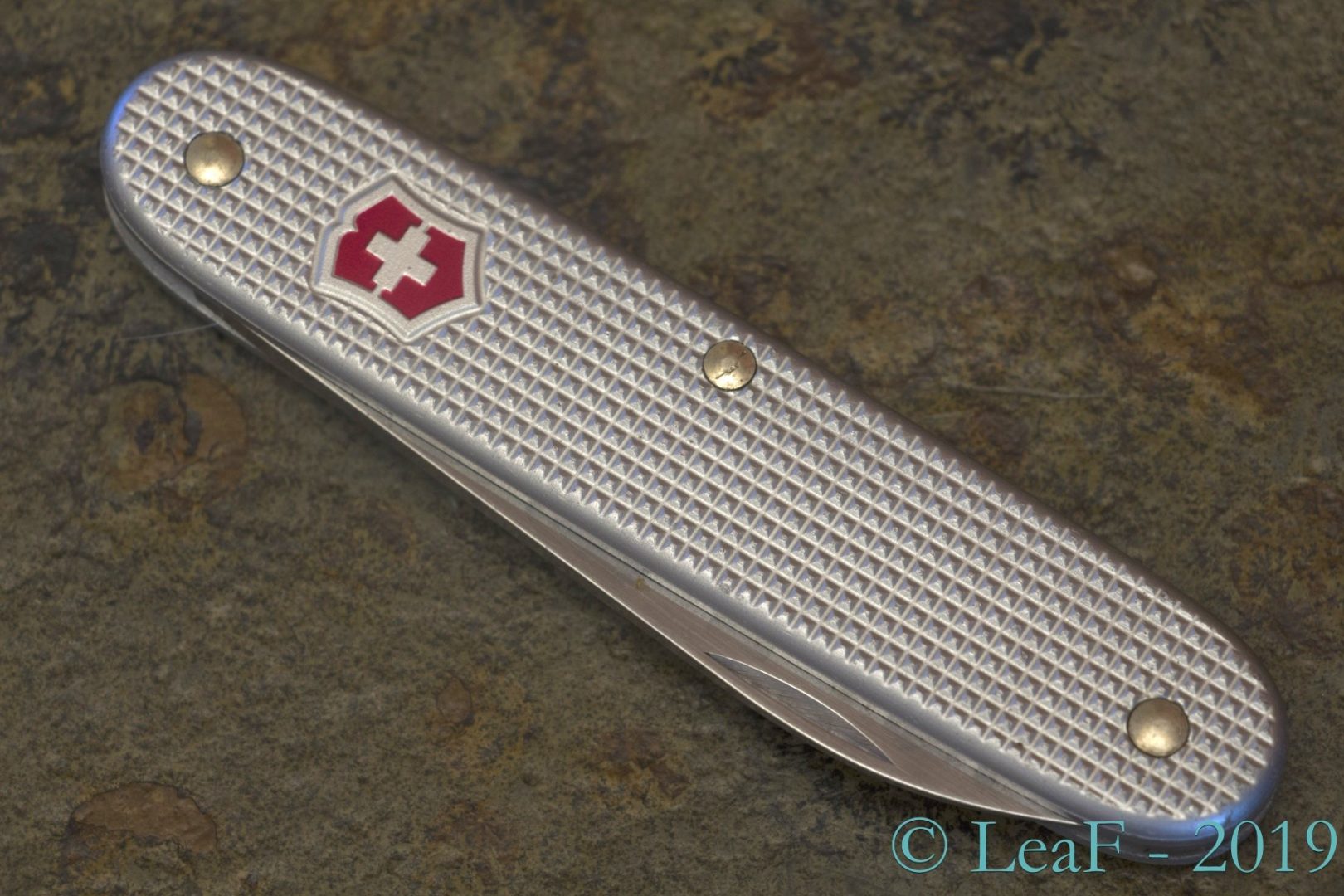 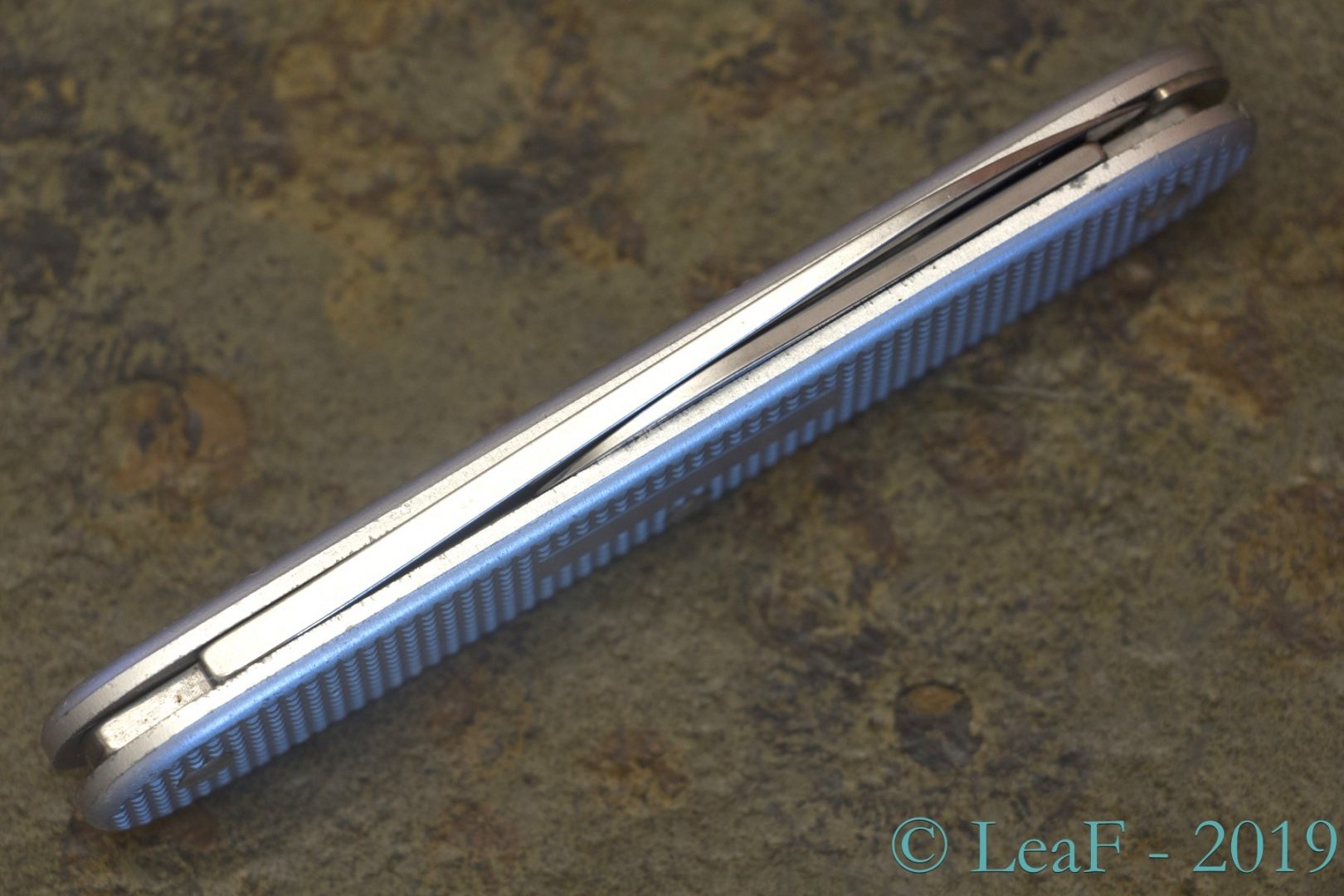 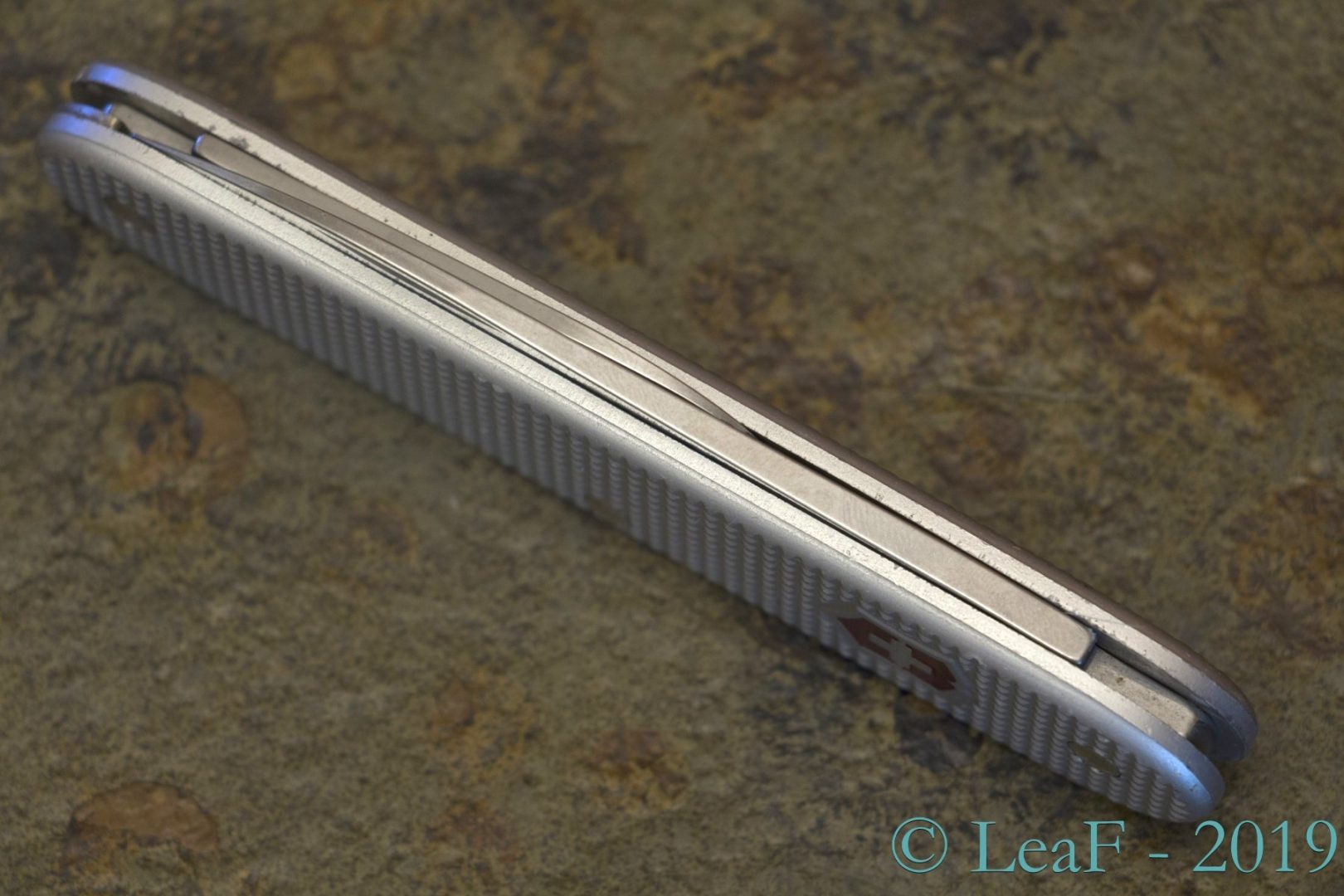 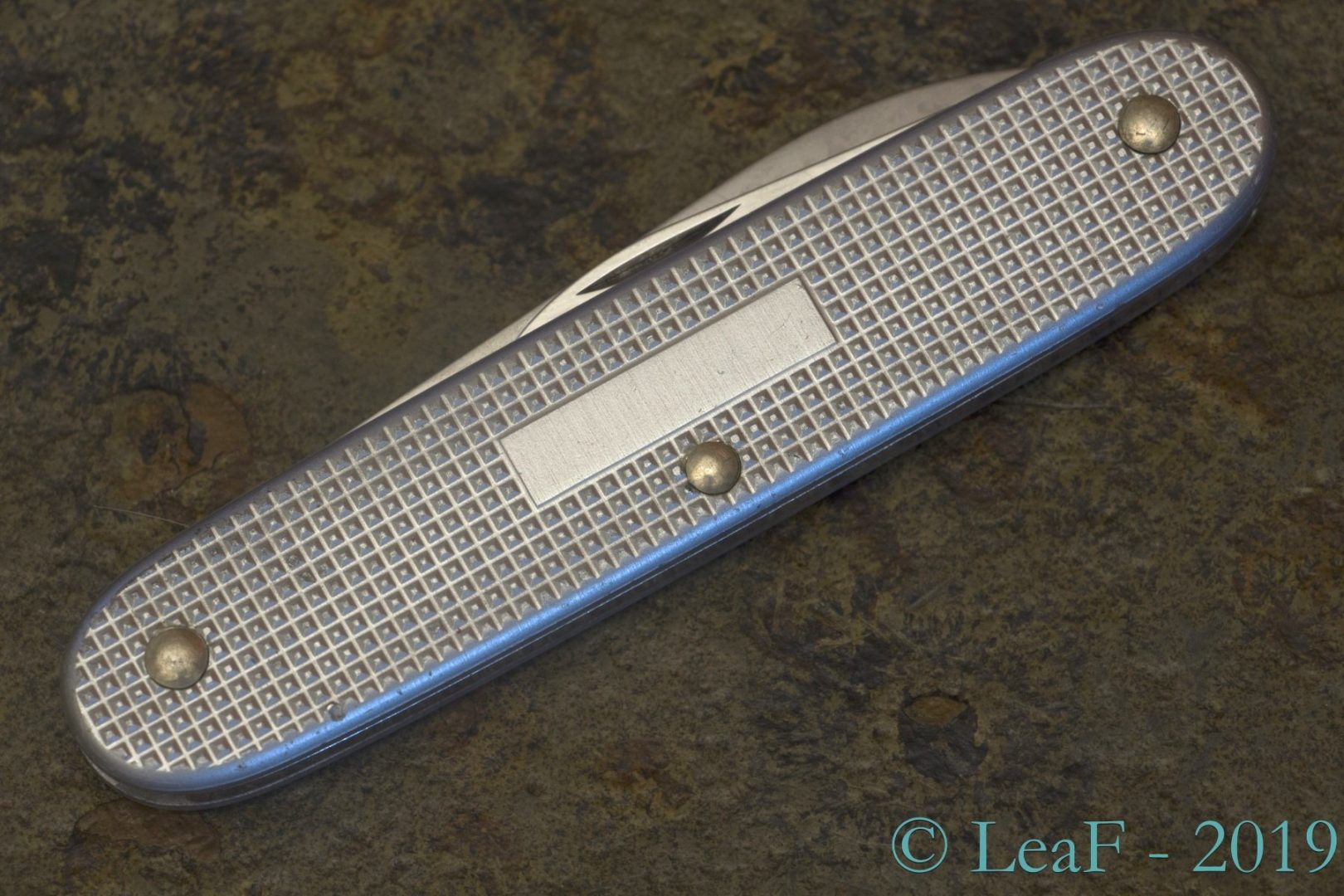 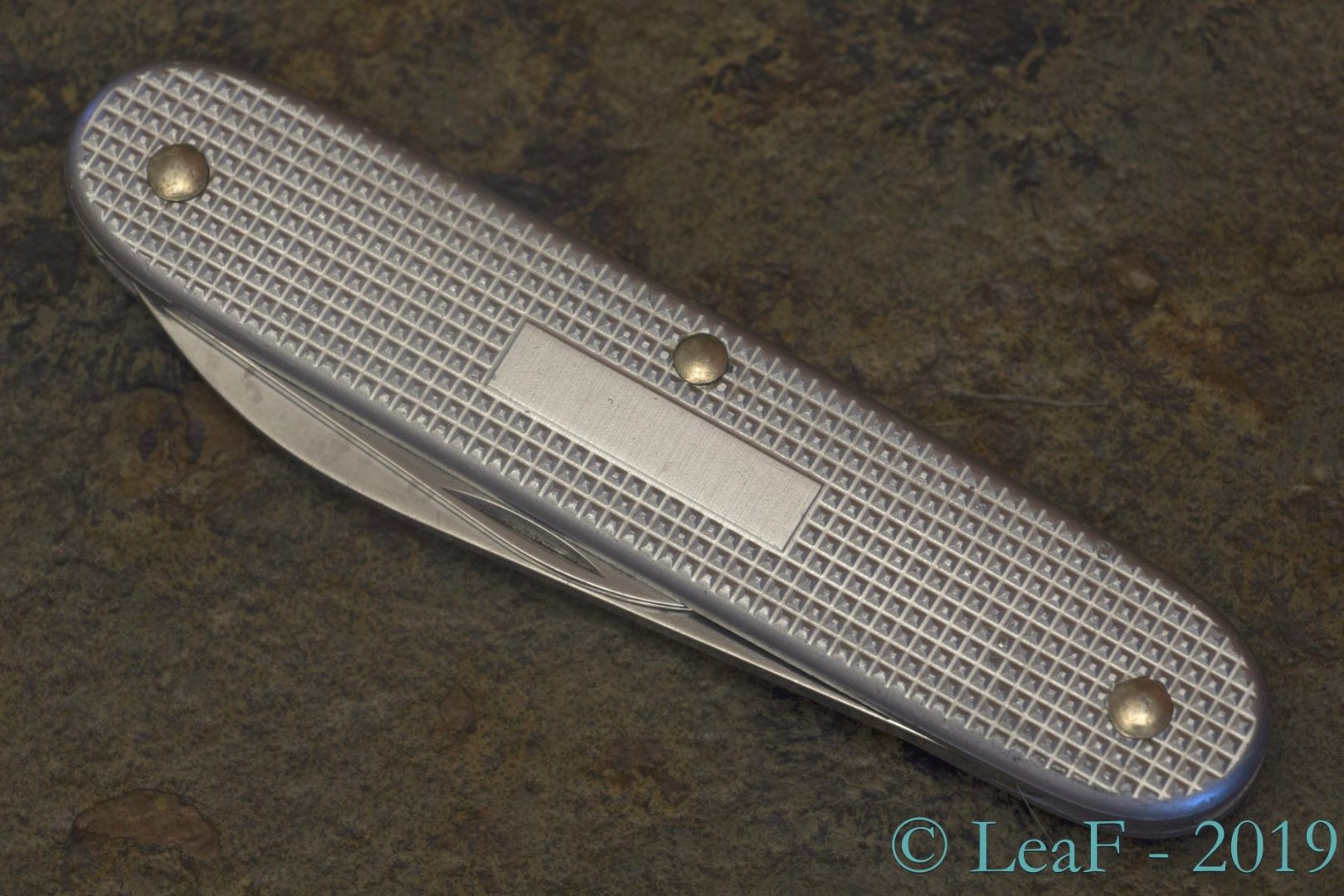 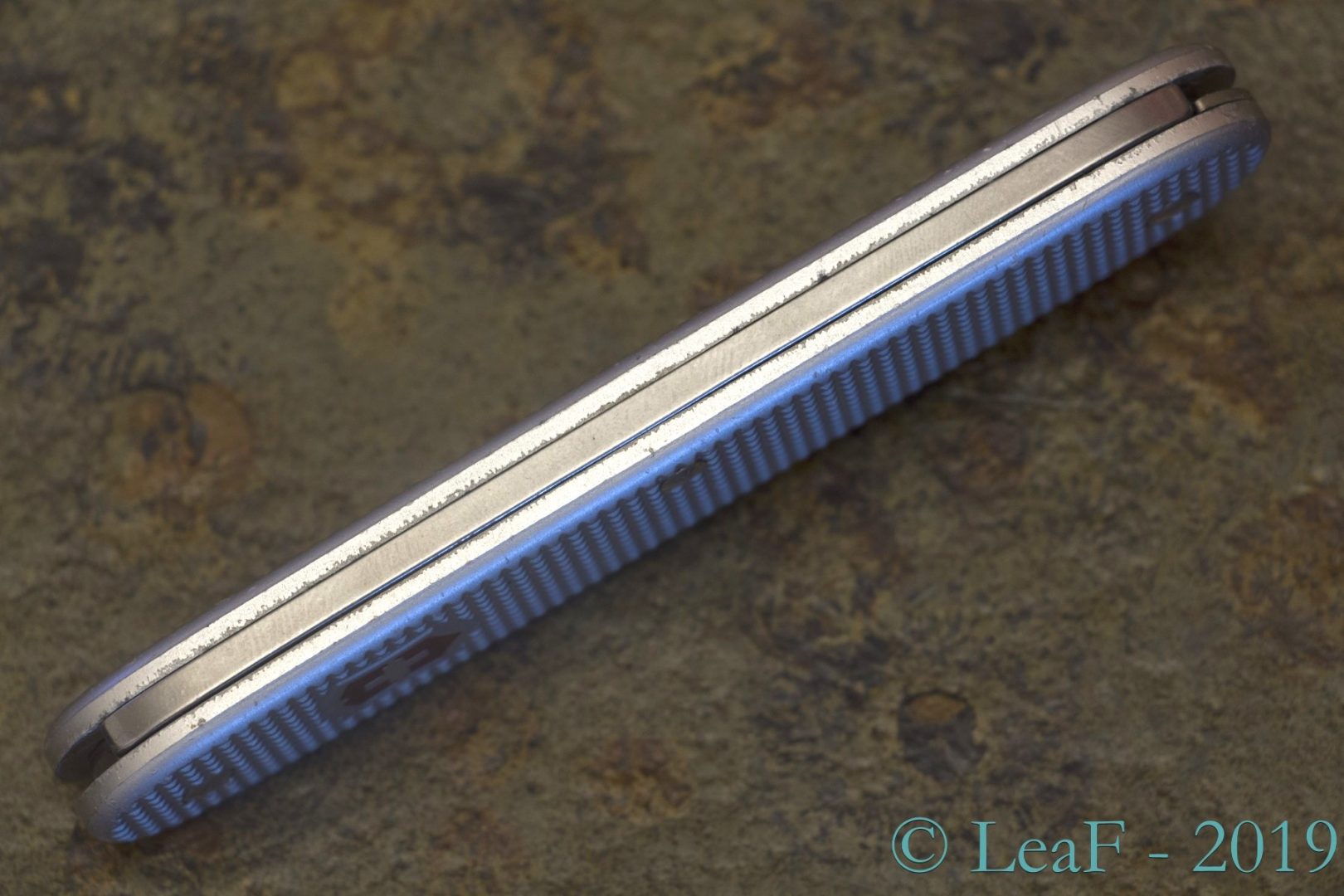 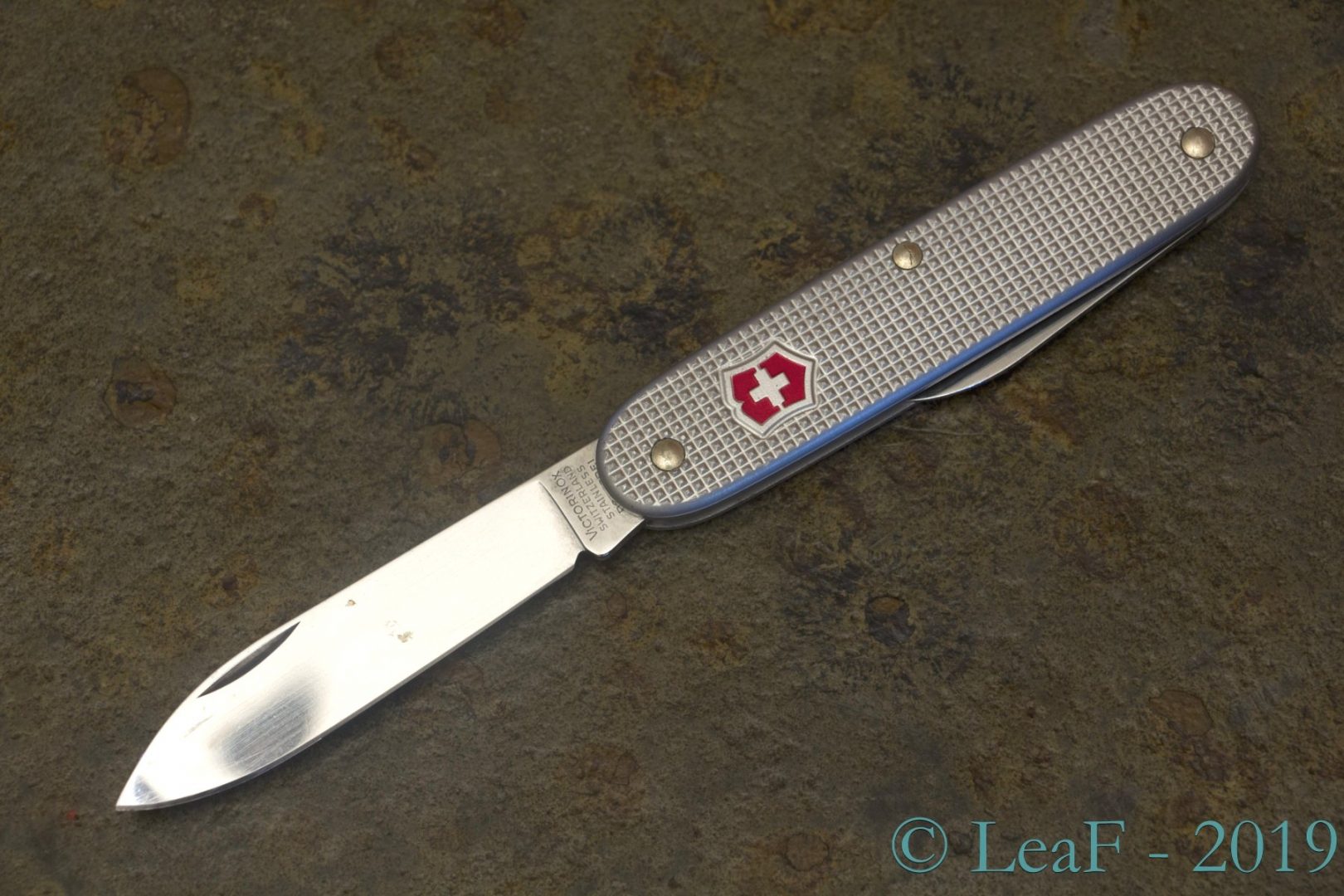 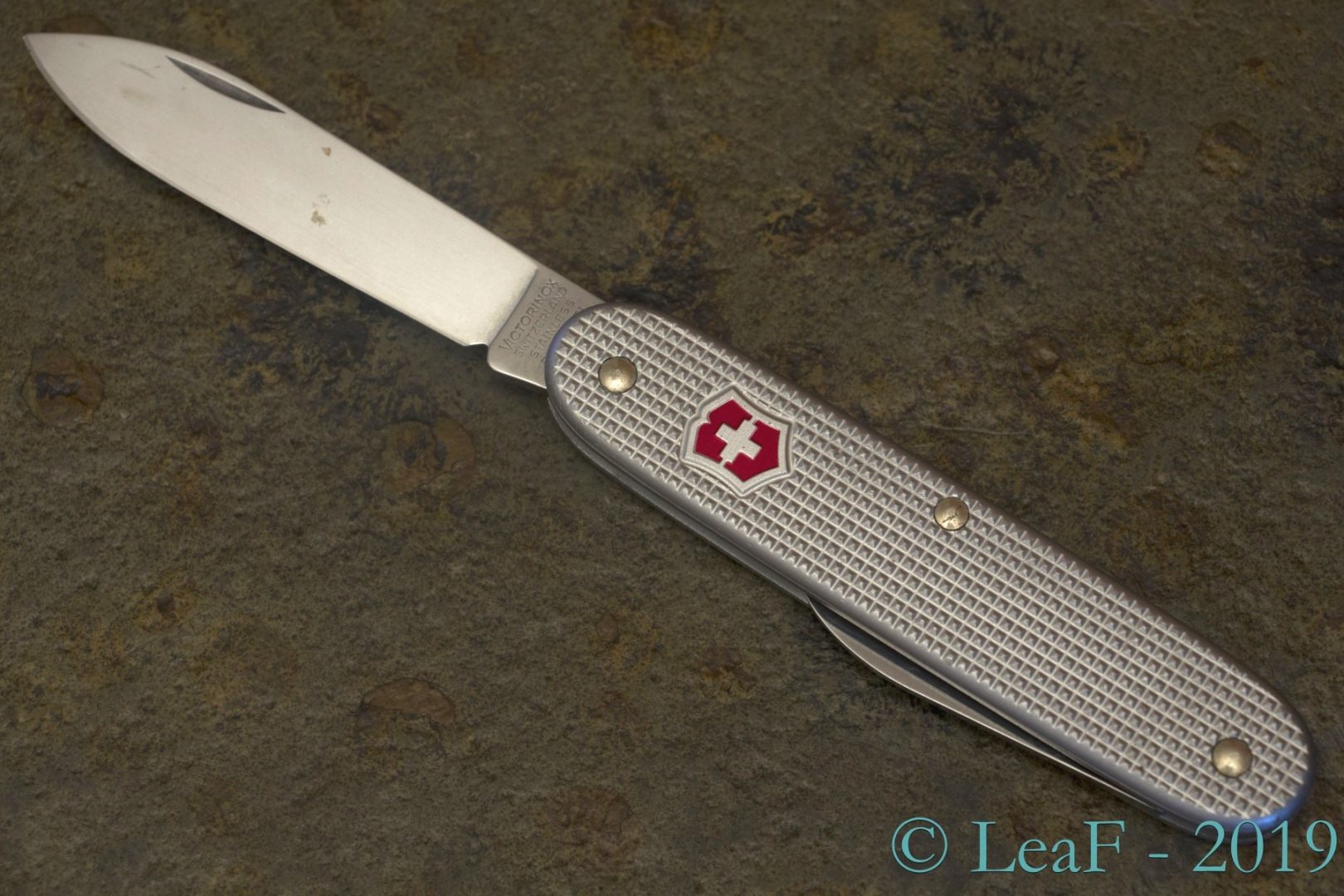 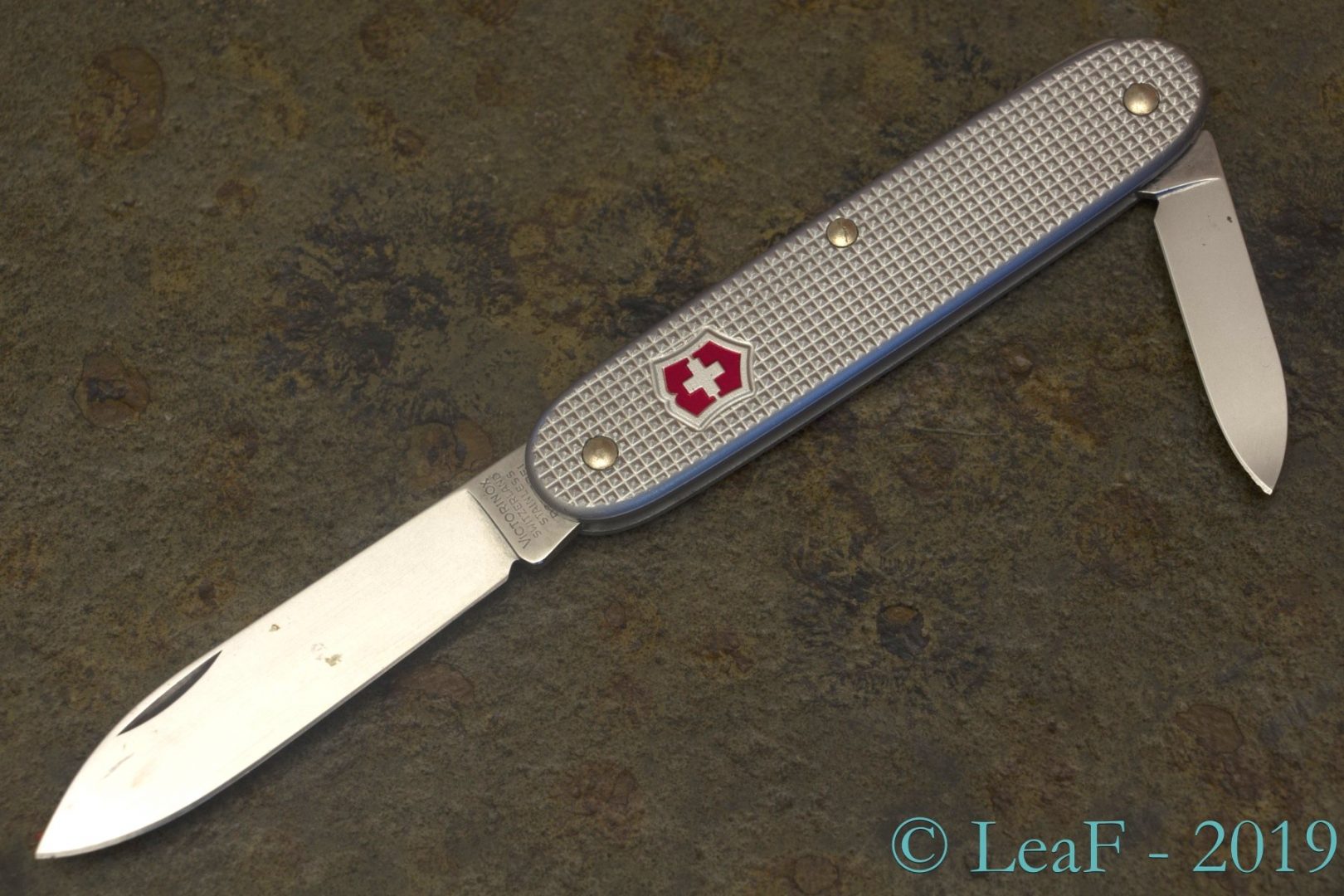 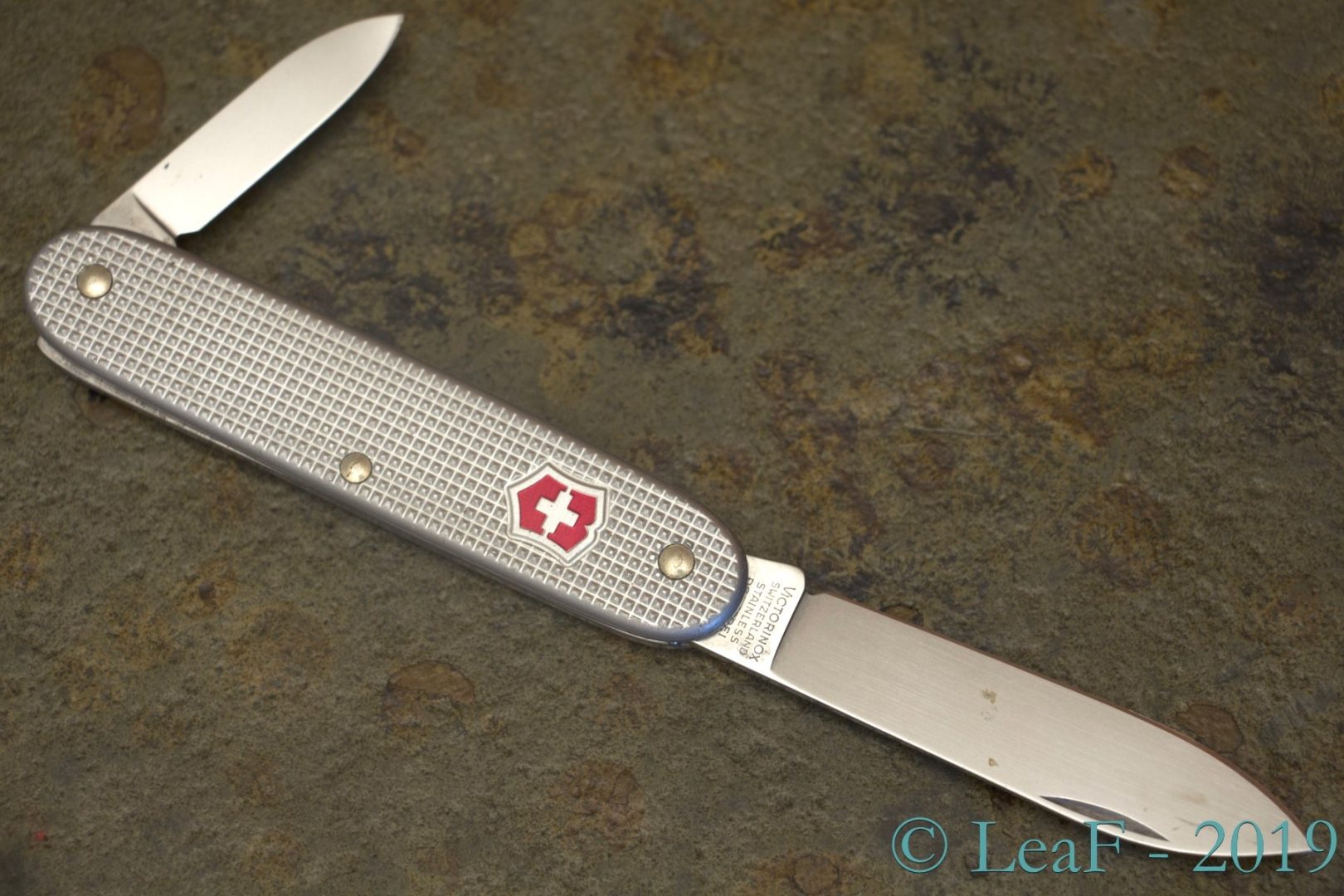 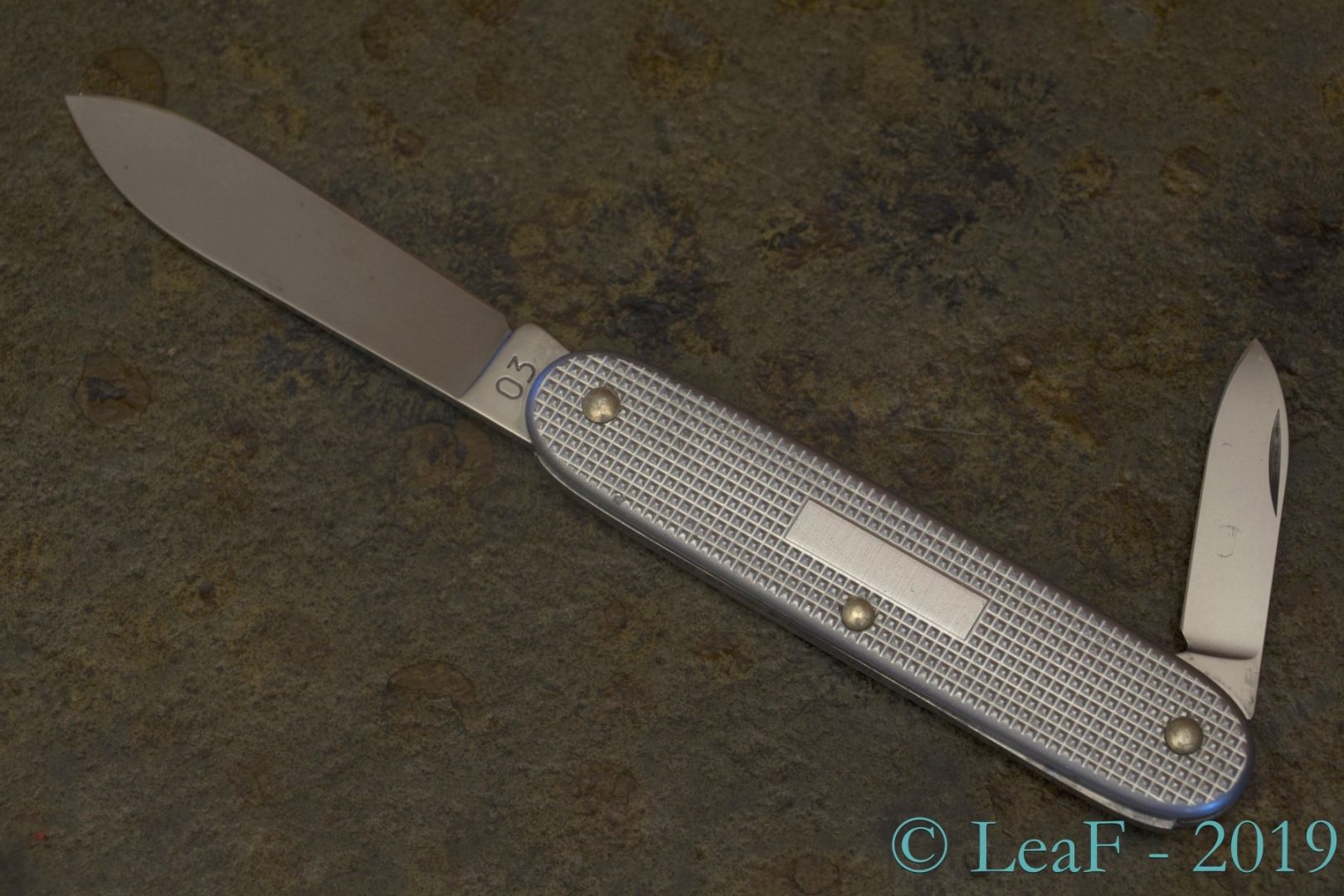 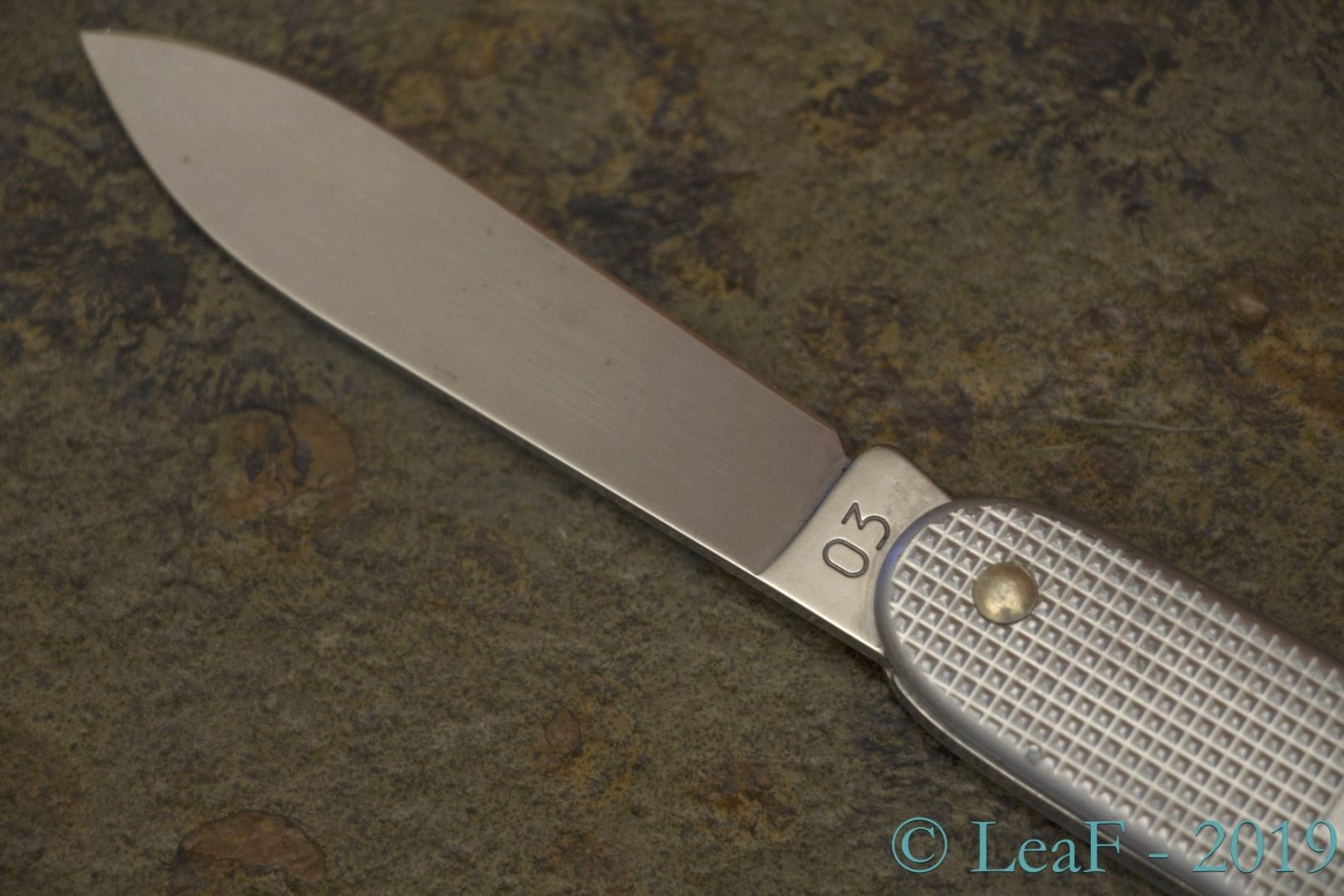